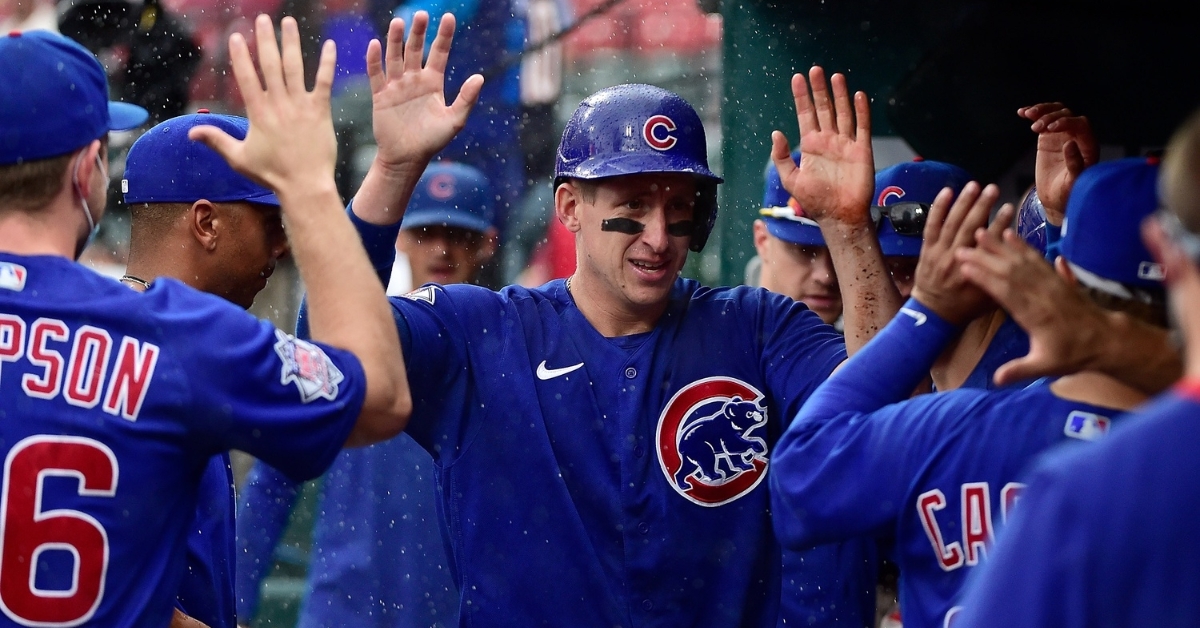 The 2021 Cubs season is over (Jeff Curry - USA Today Sports)

ST. LOUIS – In what has been a challenging season for all involved, the Chicago Cubs (71-91) put their 2021 season to rest as they took on the St. Louis Cardinals (90-72) one last time. What looked to be a season of promise with the Cubs leading the NL Central at 38-27, turned into a complete horror story as the Cubs had not one, but two losing streaks of at least 11 games.

The first was an 11-game skid in Mid-June which ultimately made the decision easier for the Cubs front office to sell off some of their key pieces to rebuild for the future. The second was a 12-game skid that lasted into September after the Cubs finally started to play well as a team. Take away those two skids, and the Cubs played pretty good baseball going 71-68 across the board.

That type of record won't win you the division, but it offers a glimmer of hope for the future. Along with the trading away of several key players, injuries played a significant part in the Cubs struggles this season as they used a major league record 69 players this season. Give Ross a ton of credit for having to adjust this team on the fly as the Cubs head into the offseason on a positive, taking their season finale 3-2 in seven innings.

Jake Woodford made his second start in as many weeks against the Cubs, who has been very good in the rotation. Woodford wasn't at his best on Sunday, but he did enough to get his team a win allowing three runs in five innings of work. Unfortunately, the combination of Alec Mills and Joe Biagini were better as the two of them combined to give the Cubs seven strong innings of two-run ball, allowing six hits to go with three strikeouts.

Scoring first has been an issue for the Cubs all season, as their first-inning struggles have been well documented. Lately, things have begun to change, and the Cubs were on the board first once again on Sunday. With one out in the first, Frank Schwindel collected another double as he continued to hit practically everything thrown to him. He would come around to score on the Matt Duffy RBI single giving the Cubs a 1-0 lead. Duffy has had a great September, hitting well over .300 while finishing the season with a career-best 14-game hitting streak.

Much like Saturday that saw Harrison Bader lead off the Cardinals half of the first with a homer, Tommy Edman provided the Cardinals with some immediate offense crushing a 422-foot leadoff homer to make things 1-1. Following a scoreless second by Woodford, the Cardinals continued to keep the pressure on Mills in the second, with Dylan Carlson working a leadoff walk before advancing to third on a Yadier Molina single. Despite Edmundo Sosa grounding into a double play, Carlson came home as the Cardinals led 2-1.

Not only was that the last run Mills allowed, but it was the last run the Cubs would allow as both Mills and Biagini were able to keep the Cardinals offense in check the rest of the way. Outside of the Sergio Alcantara single in the fourth, the Cubs didn't have much to work with, while the Cardinals seemingly had runners on base all game before double plays killed any chance of a big inning.

Looking to strike back in the fifth, Tyler Payne became the 69th player used by the Cubs this season as he struck out to lead off the inning. Rafael Ortega, who has proven to be more than an adequate everyday center fielder and leadoff man, followed that strikeout with a single, setting the Cubs offense up. Like in the first, Schwindel came through with another RBI double as he tied things up 2-2. Schwindel has been one of the best hitters in baseball since July 30th, and he at worst played himself into a starting role with someone next season.

Speaking of a hot hitter, Ian Happ suddenly figured out how to hit more consistently as the season went on, working a one-out walk to put two runners on base. That is when Duffy cashed in for what was the game-winning hit as his second RBI single gave the Cubs a 3-2 lead and capped off what was an impressive season for him. Much like Schwindel, Ortega, and Patrick Wisdom, Duffy has done more than his share for the Cubs this season for the team to at least consider bringing him back in 2022.

Now with the lead, Ross elected to go with Biagini out of the pen, knowing he could give them multiple innings if needed. Not only did he provide the Cubs with three shutout innings, but he only allowed a pair of infield hits, with both coming in the fifth inning. Outside of that, his command wasn't perfect, but he did what he needed to do to give the Cubs length.

As the eighth inning was set to get underway, mother nature got in the way as the rain started to fall. Had this been a meaningful game that meant something, you can believe the two teams would have waited it out, but with nothing to play for, the came was called as the Cubs earned a 3-2 rain-shortened win.

With the win, the Cubs can now focus on the offseason, as this will be one of the most crucial off-seasons in recent memory for this team. They are in the middle of a rebuild, but insist this won't be as long as the last one. For that to happen, the Cubs need pitching, and they need to hit on some free agents next year to help them compete sooner rather than later.