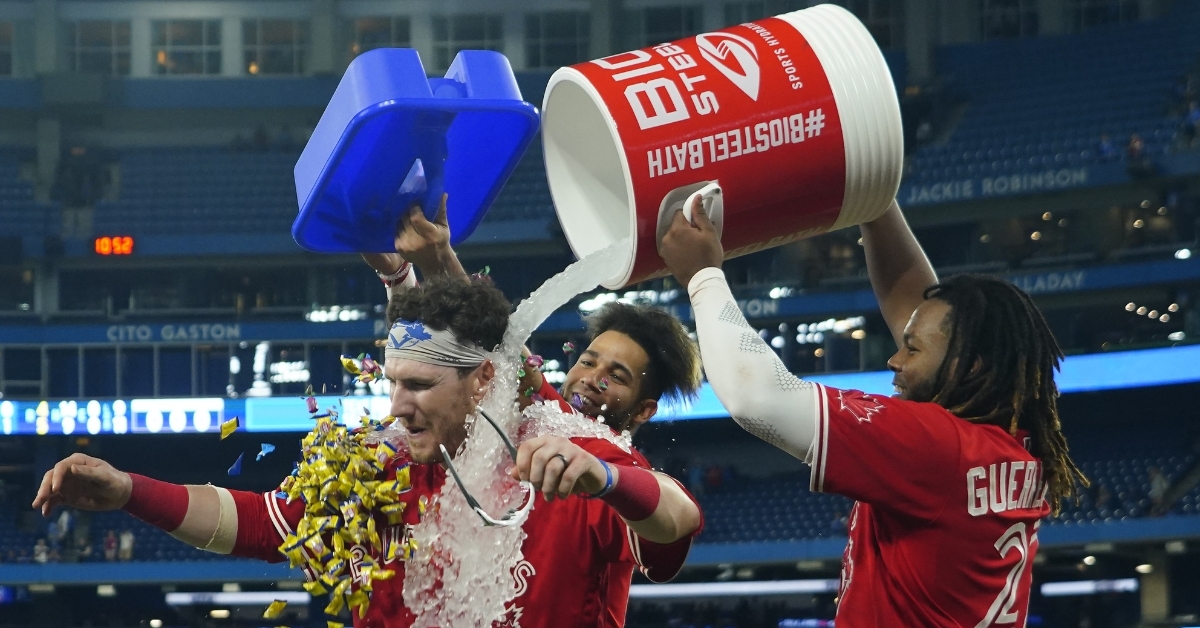 TORONTO - For the final time until 2023, the Chicago Cubs (55-74) were involved in an interleague series as they traveled north of the border to take on the Toronto Blue Jays (69-58) at the Rodgers Centre. Toronto was a team that many thought could make a World Series run this season, but they have not played up to their potential for whatever reason. Still, this is a dangerous team that will do damage in the postseason if they get hot and the Cubs found out how quickly they can get going.

After Javier Assad delivered his second consecutive scoreless start, the Cubs held a comfortable 4-0 lead heading into the bottom of the seventh. Like fans have seen a lot in past weeks, the bullpen could not hold that lead as Toronto would rally to tie things up in the eighth before eventually walking things off in the 11th for the 5-4 win.

Assad was the real story again as the right-hander made his second career start and tossed five shutout innings of four-hit ball. Across his two starts this season, Assad has yet to allow a run while pitching nine innings. He is certainly making a case to remain in the rotation the rest of the season, and with the injuries the Cubs have, he very well could be.

Opposing him was Jose Berrios, who has had a season to forget. Not only is he under .500 record-wise, but his 5.32 ERA is the worst of his career, and things were not much better on Monday. Berrios pitched into the sixth, but was pulled after 5 2/3 when he allowed 10 hits and four earned runs. He is one of the reasons Toronto has struggled this season, as their starting pitching has been bad since day one.

The turning point in the game came immediately in the first inning after the Cubs went down quietly. With two outs, Assad not only allowed singles to Lourdes Gurriel Jr and Alejandro Kirk, but he walked Bo Bichette to load the bases. Assad was able to pitch around that jam as those were two of the four hits he gave up in his outing.

It took three innings for someone to break through, and it was the Cubs drawing first blood as Alfonso Rivas led things off with a single. With one out Nick Madrigal added a single to move runners to the corners before the Willson Contreras forceout brought home the game's first run for the 1-0 lead. One inning later saw the Cubs double their lead as a steady dose of singles brought home the game's next run.

Not only did Seiya Suzuki lead things off with a single, but Franmil Reyes and Nico Hoerner followed that up with singles as Hoerner drove in the run to make things 2-0. A bad baserunning decision by Reyes on the play killed what could have been more runs, but the Cubs still held the lead at this point.

With Assad pitching into the fifth, Toronto was looking to strike with Bichette leading things off with a single before the Cavin Biggio walk put a pair of runners on with no outs. Three batters later, Assad found his way out of that situation as a pair of popouts and a groundout got him through the fourth with the lead and put him in a position to win his first game.

After wasting a golden opportunity to add on in the fifth, the Cubs would get back on the attack in the sixth as they were looking to back Assad with more support. A one-out walk from Reyes put a man on base, while the two-out single from Rafael Ortega gave the Cubs another scoring chance. That set the table for PJ Higgins, who came through in a big way with an RBI double to extend the lead to 4-0. Higgins has been in a huge slump the past three weeks so getting a hit like that was huge.

With Erich Uelmen on in relief of Assad, the right-hander tossed a scoreless sixth before running into major trouble in the seventh. Walking Matt Chapman to lead things off was not a good thing, nor was the Raimel Tapia single that put a pair of runners on and no outs. That set the stage for Danny Jansen, who took a 2-2 pitch over the left-center field fence to bring the Blue Jays within 4-3. It was the kind of momentum shift the team was hoping for as David Ross had to return to his pen in favor of Manuel Rodriguez.

Rodriguez retired the first five hitters he faced before allowing a two-out double to Biggio. The Chapman single followed that, and just like that, the game was tied 4-4 as Brandon Hughes was next on for the Cubs. That would be the game's final run for both sides, as things would have to go into extra innings.

Neither team could push across a run in the 10th, but in the 11th, the Blue Jays put themselves in a position to win. Reyes not only made a lousy base running play earlier in the game, but he did again in the 11th as he was thrown out trying to stretch a single into a double which ultimately cost the Cubs dearly.

That put a ton of pressure on Mark Leiter Jr, who intionally walked the first hitter he faced before the forceout put him in position to get out of the inning with a double play. Unfortunately, that was not in the cards for the Cubs as Jansen came through with his second big hit of the night, using an RBI single to walk off the Cubs 5-4. The Cubs outhit the Blue Jays 14-9 in the game, with Madrigal leading the way with three. Contreras, Suzuki, and Reyes added multi-hit games as Christopher Morel was the lone starter not to record a hit as his average has fallen to .246.