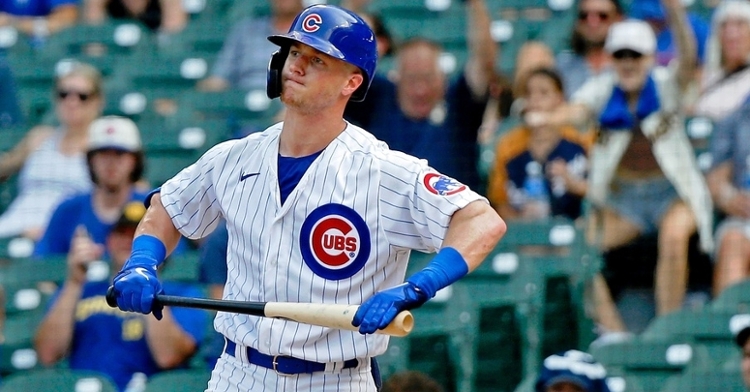 CHICAGO — Leaving the bases loaded in the last inning, the Chicago Cubs (52-62) came up short to the Milwaukee Brewers (67-46) in the first installment of a day-night doubleheader on Tuesday. In a testy third inning that saw Willson Contreras get hit by a pitch against the Brewers for the fourth time on the season, Patrick Wisdom drew a walk with the bases juiced, putting the Cubs up 1-0. The Brew Crew outscored the North Siders 4-1 the rest of the way, homering three times and winning 4-2 at Wrigley Field.

After pitching out of the bullpen for the Cubs earlier in the season Justin Steele made his first career start and three groundouts in the opening frame. Eduardo Escobar hit a two-out single in the first that proved inconsequential. Ortega led off the bottom of the first with a single off Freddy Peralta and made it to second on a grounder. He took third on an incorrectly ruled passed ball, as the home plate umpire did not see that the ball was fouled off by Wisdom, who proceeded to end the inning by striking out. Steele tossed a 1-2-3 second that featured three more groundouts.

Neither team put another runner on base until Sergio Alcantara hit a leadoff base knock in the third. Alcantara motored to third on a single by Ortega that was accompanied by a fielding error, with Avisail Garcia misplaying the ball in right-center. Ortega reached second due to the error. Contreras was plunked after that and was clearly irked by it. With two outs, Wisdom drew a walk on a full count and flipped his bat before staring down Peralta while heading to first. The tense base on balls was sparked by the Contreras HBP. Alcantara crossed the plate because of Wisdom's walk, and a Greg Deichmann flyout ended the inning.

Contreras hit by a Brewers pitcher what else is new pic.twitter.com/zvaNq5BcVB

Patrick Wisdom draws a bases-loaded walk and gives a little stare, plus a flip of the bat, on his way to first base. Contreras was hit by a Peralta pitch to load them up earlier in the 3rd. pic.twitter.com/0dwaIvbznK

Steele came unglued in the fourth, giving up a leadoff jack to Willy Adames, which carried out to right and landed in the basket atop the wall, and an ensuing double to Escobar. Garcia put the Brewers on top with with a go-ahead two-run bomb. The 457-footer soared out to center. A Peralta single, which nearly resulted in Deichmann throwing him out from right, and an Adames walk were allowed by Steele in a scoreless fifth. Lorenzo Cain went yard with two outs in the sixth, with the solo jack to right coming off Trevor Megill.

Cain goes deep in Wrigley and has now hit in 10 of the 11 games he's played in since coming off the IL.#ThisIsMyCrew pic.twitter.com/1ei9Qh74YY

Peralta made an errant throw to first in the sixth after fielding what was ruled an infield single by Wisdom, who took second on the error. A lineout by Deichmann moved Wisdom to third, and Frank Schwindel plated Wisdom with a ground rule double that chased Peralta from the game. Brad Boxberger entered to pitch and collected two straight outs. Adam Morgan pitched a scoreless seventh, and the Cubs provided the Brewers with a score in the final half-inning.

A lined leadoff single by Matt Duffy was followed by a bloop hit from Ortega. Contreras flied out after that, and Ian Happ then hit a single to load the bases, with Johneshwy Fargas pinch running for him. Williams collected himself and struck Wisdom and Deichmann out swinging in the next two at-bats, leaving the bases loaded and solidifying the Brewers' 4-2 win. With the loss, the Cubs dropped their fifth straight and fell to 10 games below .500 for the first time since 2014.