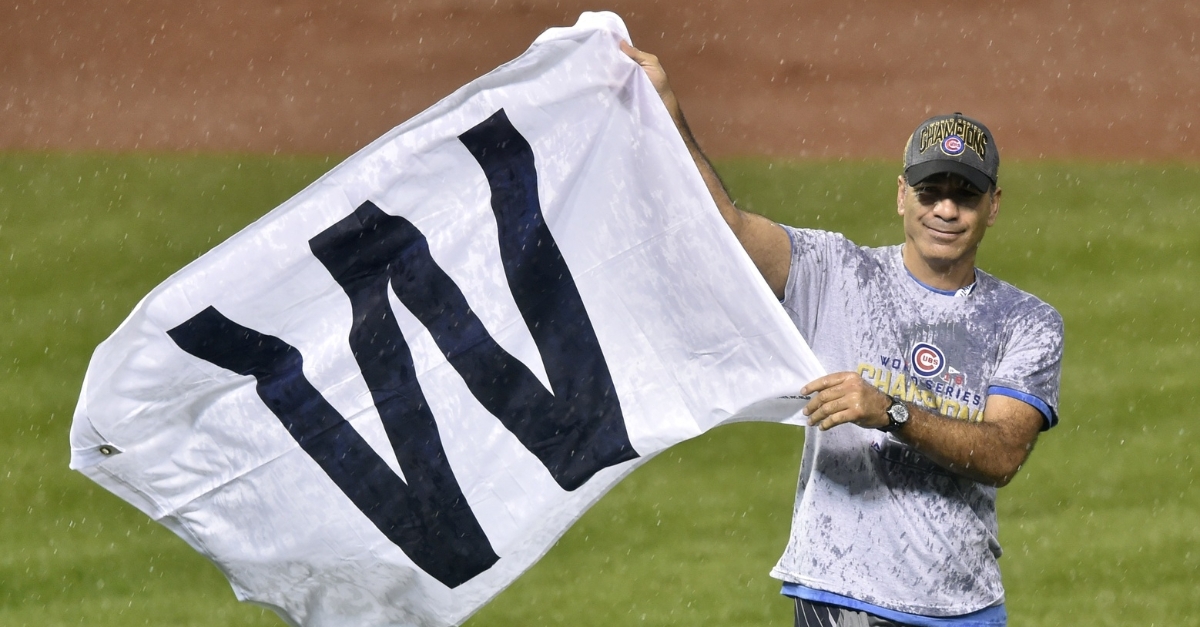 Just when you thought the Cubs front office and the internal department went through an overhaul last season, another overhaul could be on the way. The MLB world already knows the current situation regarding Theo Epstein and his current contract. He is in the final year of his deal, which is his 10th season with the organization. Epstein has always been a firm believer that staying more than 10 years at a place is too long.

With his most likely departure imminent after the 2021 season, Jed Hoyer is the man expected to take his place depending on what happens to him. That would leave the Cubs GM vacancy open. One of the people the Cubs had in mind for that position was Jason McLeod, but now it looks as if there is a chance he may be gone before getting that opportunity.

Upon releasing their previous general manager, the Los Angeles Angels of Anaheim were hot on the hunt for a new GM. It looks like they have their candidates down to the final five, and McLeod is one of those candidates. This wouldn't be a shocking move given how Joe Maddon is already in Anaheim, and the two of them have a history together, but this would be a crushing blow for the Cubs.

With so many things in place this past season, the Angels had high hopes for their team with visions of getting back to the postseason. Instead, the team suffered a horrendous season in which they ended up 10 games out of first and fourth in the AL West. That ultimately cost general manager Billy Eppler his job, which is where things sit currently for the Angels.

With Artie Moreno spending the kind of money he has in the past and how much he has invested in Mike Trout, anything less than a postseason appearance is considered a failure. That is why the new general manager needs to be a slam dunk, or nothing will change for this group. Along with Cubs VP McLeod, the Angels have the candidates narrowed down to Diamondbacks assistant GM's Jared Porter and Amiel Sawdaye and Mariners assistant GM Justin Hollander. A fifth finalist is in the mix, although no information is given on who that may be.

If you sense a common theme here, the Angels are high on Epstein projects as he not only trained McLeod but Porter also. That could be why rumors of Epstein possibly going to the Angels after this season is a real thing. McLeod has been with the Cubs for a long time and was the Senior VP of amateur scouting and player development up until this season.

The #Cubs Jason McLeod is a finalist for the LA Angels’ GM opening. Best of luck to Jason! pic.twitter.com/W4YOcoB6YV

For most of his career, McLeod was considered one of the three masterminds behind the Cubs operations as he was part of their rebuild to become champs. He worked hand in hand with both Hoyer and Epstein and is highly regarded by many other GM's across the league. After dealing with the player development side of things, which worked for the Cubs, McLeod got a taste in a brand-new role this season.

This season, McLeod was promoted to the Major League organization to gain experience for a future GM job. Working in the front office with the men who molded him was a great move, and now it appears he is in line for his first crack at building a franchise his own way. He has been a GM candidate for several years now, and it is only a matter of time before someone pulls the trigger on him. That time is coming soon, and the Cubs are going to wish him nothing but luck.

Even though he has transitioned into his new role this season, the organization will miss him if he is offered the GM position. You also look at Epstein and his possible departure, and the Cubs will not only be looking for a new President but a new GM also. McLeod has been with this team for a long time and knows these players exceptionally well. After all, he was a big reason the Cubs drafted who they did as he scouted them and helped develop them through the minors.

Along with McLeod, the Cubs have continued to let go of some brilliant baseball minds as COVID continues to take a toll on everyone. Porter and McLeod are the most recent baseball minds, with Giants GM Scott Harris another example. The Angels also tried to steal Dan Kantrovitz away for the GM job, but thankfully for the Cubs, he said no.

I want to be as selfish as possible here and do whatever it takes to keep McLeod in Chicago. However, that would be wrong to do as he deserves this opportunity. The only bright spot about possibly losing him was the ability to hold onto Kantrovitz. If Epstein and McLeod are done in the Cubs organization, look for Hoyer to move up the president of Baseball operations with Kantrovitz moving into the GM role. That would allow the Cubs to keep some continuity in the front office without completely changing this team's direction and goals.