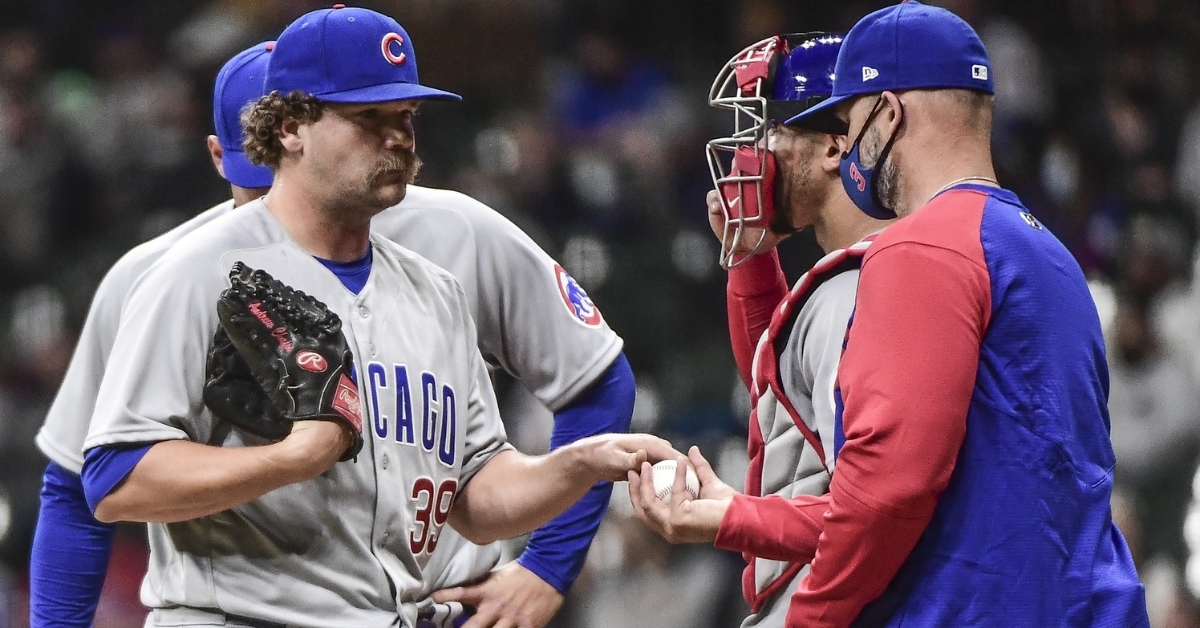 MILWAUKEE — Losing their third straight overall and third straight contest versus the Milwaukee Brewers (6-4), the Chicago Cubs (4-6) gave up six runs in one inning and fell 6-3 on Monday. A decision to pull Adbert Alzolay and relieve him with Andrew Chafin did not pan out for the Cubs in the bottom of the sixth, as Chafin proceeded to get racked. A solo homer by Kris Bryant in the fourth, and a two-run double by Javy Baez in the ninth gave the Cubs their three runs in the loss at American Family Field.

Alzolay and Freddy Peralta kept the game scoreless in the early innings. In the bottom of the second, Jason Heyward was quick to field an Avisail Garcia hit that bounced off the wall in right. Heyward rocketed a throw to the infield that limited Garcia to a single, which paid off when a 5-4-3 double play ended the inning. Keston Hiura slipped and fell while attempting catch a ball hit on the infield by Willson Contreras in the third. Contreras, who was credited with a single on the play, was left stranded in the frame.

Bryant led off the fourth with a 401-foot shot off Peralta that landed in the Brewers' bullpen behind center field. Following Bryant's third home run off the year, the offense quieted down in the National League Central duel before the Brewers racked up six runs in the sixth. With the bases loaded and no outs, Baez fired home after gloving a ground ball. Alzolay was pulled after the force out was recorded, and Chafin faltered in his very first at-bat, giving up a bases-clearing double to Luis Urias.

Lorenzo Cain, Daniel Robertson and Billy McKinney scored as a result on Urias' two-bagger. Following an intentional walk of Garcia a few plate appearances later, Urias came home on a wild pitch. Garcia then scored via a Jackie Bradley Jr. triple. Hiura poked a single through the 3-4 hole to score Bradley, and Chafin was finally yanked after plunking Omar Narvaez. Justin Steele, who was called up earlier in the day, made his Cubs debut on the mound and struck out Robertson to end the scoring barrage.

Luis Urias got the Crew going!

Baez airmailed a risky throw to first to lead off the bottom of the seventh, with the error enabling McKinney, who was granted a single in the scorebook, to take second base. Steele did not give up a run in the seventh, though, and Brad Wieck, who was also added to the roster on Monday, replaced Steele on the bump to begin the bottom of the eighth. Wieck made his first appearance since July 2020, and he tossed a scoreless inning. In the ninth, Drew Rasmussen gave up a two-run double to Baez, with Bryant and Joc Pederson scoring on the play, but Hader went on to finish the Cubs off, putting the finishing touches on the Brewers' 6-3 victory.