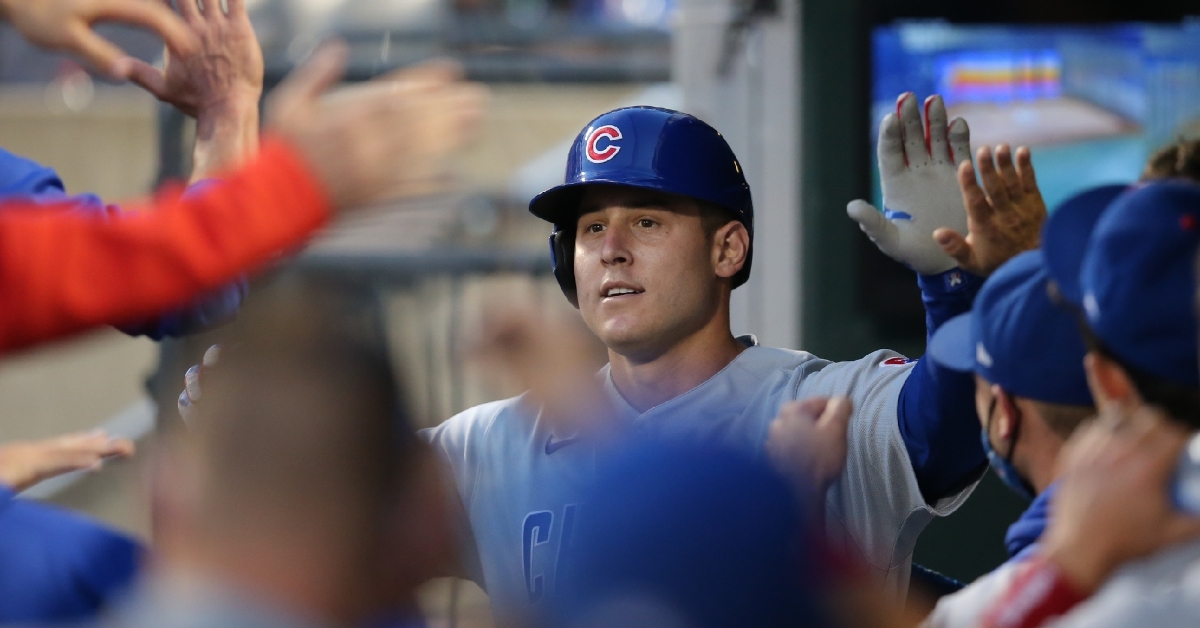 NEW YORK — Through two games of their series at Citi Field versus the New York Mets (35-25), the Chicago Cubs (38-30) struggled offensively, and that trend continued in the third meeting of the four-game set. The North Siders mustered just three hits, two of which were tallied in the ninth inning, and lost 6-3. After striking out 15 times on Tuesday, the Cubs suffered 16 strikeouts on Wednesday. The three runs scored by the Cubs came via a pair of home runs, meaning that all seven of their runs in the series thus far have been scored by way of homers.

Mets ace Jacob deGrom dominated in a short-lived start cut short due to injury, retiring all nine of the batters he faced and racking up eight Ks. The only ball put in play against deGrom was a fly ball hit to the warning track in right field by Anthony Rizzo in the first frame. On the flip side, Robert Stock made his Cubs debut in a four-inning start, giving up five runs on four hits and six walks after being called up earlier in the day.

Stock's batterymate also made his Cubs debut, with Jose Lobaton setting up shop behind the plate. In the first, Lobaton fired a throw that hit Jonathan Villar, who stole second, in the head. Villar was shaken up but able to remain in the game. He reached third on an ensuing groundout by Francisco Lindor. Stock then hit Dominic Smith with a pitch before forcing Pete Alonso to ground into an inning-ending 6-4-3 double play.

After deGrom struck out the side in the top of the second, Billy McKinney drew a walk to lead off the bottom of the second. Kevin Pillar then scored McKinney with an RBI double to deep right. Later in the inning, Pillar scored from third on an RBI single from deGrom, who then hustled to second on a wild pitch. deGrom was left stranded by Villar striking out, but he proceeded to once again strike out the side in the third. Due to pain in his throwing shoulder, the righty did not retake the mound in the fourth.

You just knew he would!

Smith powered a solo shot out to right off Stock in the third, putting the Mets up 3-0. Sean Reid-Foley pitched the top of the fourth and gave up a towering blast to Rizzo, with the solo shot landing in the upper deck beyond right field. Reid-Foley struggled with his command at times in the inning and issued a pair of walks, but the Cubs did not score any additional runs off him.

Luis Guillorme was walked to begin the bottom of the fourth, and Tomas Nido singled after that. Rizzo then had to switch mitts in order to legally serve as the second baseman while waiting to charge a bunt with Eric Sogard covering first, but Reid-Foley drew a walk, nevertheless. With Rizzo and Sogard back at their regular positions, Villar hit a line drive directly to Patrick Wisdom at third for the first out. Stock walked Lindor to force home Guillorme, and Nido scored on an RBI fielder's choice that Smith grounded into. Alonso left two men stranded in scoring position by striking out looking.

Reid-Foley retired the side in order in the top of the fifth, and Cory Abbott pitched the bottom of the fifth, giving up a 405-foot solo shot to left off the bat of Pillar. Villar, who started at third base, committed two straight throwing errors with two outs in the top of the sixth, but Aaron Loup rung up Wisdom to leave the runners deserted at first and second. Abbott went 1-2-3 through the sixth, and Miguel Castro tossed a scoreless top half of the seventh. Castro was shaky at first, plunking Rafel Ortega and throwing a wild pitch that advanced Ortega to second. However, he then drew a groundout and notched two strikeouts in a row to end the half-inning.

In the bottom of the seventh, the Mets went three up, three down with Tommy Nance pitching. Trevor May struck the side out swinging in the top of the eighth, and Nance pitched another 1-2-3 inning in the bottom of the eighth. Javier Baez helped Nance's cause in the eighth by making a sliding stop on the outfield grass of a screamer hit up the middle by Nido. "El Mago" then got back onto his feet and fired a spinning throw to Rizzo for the putout.

With one out in the ninth, Drew Smith walked Patrick Wisdom, who then took second due to fielder's indifference. Ortega lined a two-run shot just over the wall in the right field corner. Thereafter, Sogard struck out, and Sergio Alcantara singled, bringing Edwin Diaz out of the bullpen with a save on the line. Diaz forced Willson Contreras to line out, with Mason Williams making an impressive game-ending catch in center to wrap up the Mets' 6-3 win.

2nd home run of the year for Rafael Ortega!#CubTogether pic.twitter.com/n02ussiQJo