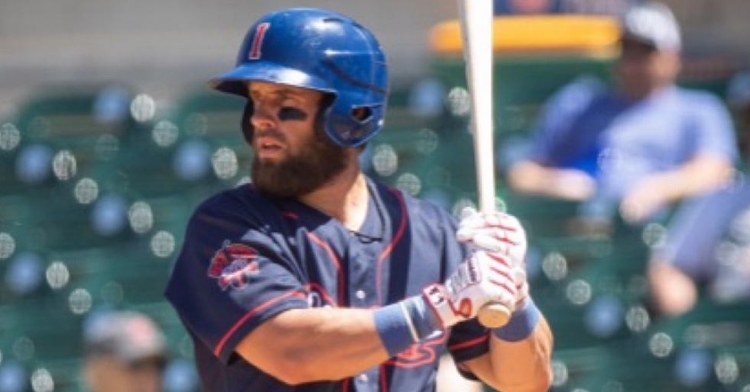 If you like winning, then the minor league system is where you might want to watch as the organization continues to string together a nice run of wins. Granted, they posted a 3-4 record on the evening last night; only five teams were in action, with several teams having doubleheaders to make up for previous lost games during the season.

Sweeping doubleheaders is never easy, so now it becomes finding a way to win one of those doubleheader games. That is exactly what happened during the day as the Cubs system continues to make headway throughout the second half of their season.

Sometimes all it takes is one bad inning, which was the case for Iowa. After watching Dillon Maples and Alex Whitney surrender three runs each in a six-run first, the Saints cruised to an easy 7-4 win. With Keegan Thompson set to start for the Cubs on Saturday, Iowa used Saturday as a bullpen day, and it proved to be costly.

While Byron Buxton opened the scoring with a sacrifice fly, Jimmy Kerrigan and Jose Miranda added RBI singles to account for three of the six runs batted in. Ben Rortverdt and Drew Stankiewicz earned bases-loaded walks in the first as the Saints raced out to a 6-0 lead and never looked back. It took four innings for the Cubs offense to get going, with Nick Martini getting into one for his 11th homer of the season.

Following the Kerrigan single in the seventh that put the Saints in front 7-1, Iowa began to rally in the ninth to make things a bit more interesting. With two outs, Abiatal Avelino picked up a single before Trent Giambrone extended the inning with a walk. One pitch later saw Levi Jordan go deep for the second time this season as Iowa was within 7-4 before falling by that score.

Avelino led the offense with two of the teams six hits in the loss as he was joined by Martini, Jordan, Alfonso Rivas, and Trayce Thompson. Ian Miller was cooled off going hitless in the loss, with Greg Deichmann suffering another hitless night.

Pitching was at a premium in Tennessee Friday night as Caleb Killian took the ball again. Although his numbers haven't been that great since coming to Tennessee in the Kris Bryant deal, Killian is a highly regarded starter who will settle in. Not only did he settle in on Friday, but he gave the Smokies five great innings of one-run ball while striking out five to earn the win.

He out-pitched Blake Battenfield, who surrendered three runs in his five innings.

One inning into the game, and Nelson Velazquez put the Smokies in front as his first-inning RBI single had Tennessee on the board. The Smokies extended their lead in the second inning with D.J. Artis connecting for an RBI single before coming around to score on the Nelson Maldonado double to make things 3-0. Although that would be it for offense, the Smokies relied on strong pitching to take care of Birmingham.

A JJ Muno homer in the third put got the Barons on the board as that was the lone blemish on Killian's final line. In the sixth, Lenin Sosa picked up an RBI groundout to pull within 3-2, but that was as close as things would get with the Smokies pickup up the 3-2 win.

Maldonado was one of three players with two hits joining Velazquez and Andy Weber. Carlos Sepulveda and Tyler Payne were the lone players without a hit.

After completing their suspended contest from Thursday, both teams brought their hitting sticks to the park as the River Bandits topped the Cubs 12-8. Alexander Vizcaino was on the mound delivering 2 1/3 innings of two-run ball to go with five punchouts. Matteo Bocchi was the one having a hard time on the mound as he allowed six runs in just over three innings of work.

With the bases loaded in the third, the game picked up, and Michael Massey wasted no time cashing in as his grand slam had the Cubs down 4-0. Gavin Stupienski added a solo shot of his own in the fourth, and the Cubs were facing a 5-0 hole. Speaking of homers, Yonathan Perlaza got in on the fun in the bottom of the fourth as 11th homer of the season made things 5-2.

The Cubs continued to battle back in the sixth, with Bryce Ball legging out an RBI triple to make things 5-3. In the seventh inning, Quad Cities busted the game wide open using a five-run frame to take a 10-3 lead. All five of those runs came without a home run as the River Bandits rallied for four RBI singles in the frame.

After Luis Vazquez connected for his first homer in the bottom of the seventh, Stupienski answered in the night as the Cubs were down 12-4. That didn't stop them from making things interesting, with Perlaza picking up a two-run double to pull within 12-6. Add in RBI singles from Tyler Durna and Alexander Canario, and South Bend was within 12-8, but couldn't get any closer.

Quad Cities made it two for two on Friday topping the Cubs in extras 6-5. Chris Clarke continues to improve from one start to the next going six innings and allowing four runs with three earned. Clarke walked one and struck out five as he continues to give South Bend length.

Massey continued to build off what was an already big day connecting for an RBI single in the first to give Quad Cities the lead. Durna tied things up with an RBI groundout in the bottom of the first before a William Hancock second inning single had the Bandits back on top 2-1. They would extend that lead to 4-1, with Maikel Garcia picking up a single in the fourth ahead of a Hancock homer in the sixth.

It was in the bottom of the sixth when the Cubs began to show signs of life, with Bradlee Beesley going deep to make things 4-3. With the bases loaded, Harrison Wenson was hit by a pitch, and just like that, it was tied 4-4. After both teams failed to score in the seventh, the two sides were forced to play extra innings where Quad Cities had the upper hand.

Eric Cole put them in front for good with a sacrifice fly ahead of the Jake Means single that proved to be the winning run. South Bend pulled within 6-5 with a wild pitch, but couldn't come through with the clutch hit to pick up the win.

Much like South Bend, the Pelicans had their game on Thursday suspended as they picked up where they left off. At the time of the suspension, the Pelicans held a 3-2 lead, with Jacob Wetzel connecting for a two-run triple in the second before coming home on the Yohendrick Pinango single. Miguel Palma stole home in the bottom of the second to tie things up 3-3 as both teams were off and running early.

Following that early scoring barrage, the offense was hard to come by, but it was the Pelicans who found a way to come up clutch when needed. Ed Howard's sixth-inning single not only gave Myrtle Beach a 4-3 lead, but it proved to be the game-winning knock as the Pelicans never looked back. Jordan Nwogu added a huge insurance run with his RBI single in the ninth, and the Pelicans picked up a 5-3 win.

Ezequiel Pagan and Kevin Made were a problem at the top of the order as they collected two hits to provide four of the team nine hits. Nwogu, Jonathan Sierra, Wetzel, Pinango, and Howard collected the remaining hits in the win.

Workin hard in Game 2 to get the W?? pic.twitter.com/kaLkULakBU

In their regularly scheduled contest, both teams relied on pitching to set the tone, but it was the Woodpeckers who were a little better. Jose Miguel Gonzalez got the start and gave the Pelicans four solid innings on the mound allowing just two runs. While that usually would be good enough, Cesar Gomez was even better, going six innings and allowing just one run with eight strikeouts to pick up his first win of the season.

It was the Justin Williams show early on as he not only put the Woodpeckers in front with a single in the first, doubled down with a second RBI single in the third as that second hit proved to be the difference. Still down by a pair in the fifth, Pinango came through with his fourth homer of the season, pulling the Pelicans within 2-1. That would be as close as things would get with Nathan Perry adding an RBI double in the sixth to secure a 3-1 win.

Pinango capped off his solid day with two hits, including his homer in game two. Nwogu added another hit of his own as the Pelicans managed just three hits in the game two loss.

Final from tonight’s second game. We’ll be back tomorrow at 5. #MBPelicans pic.twitter.com/gSu8bHidkU

For the second time this week, the ACL Cubs relied on strong pitching as they shut out the Diamondbacks 4-0. Making his first rehab appearance of the season was Jonathan Holder, who got the start and went one inning giving up one hit and striking out one. Luis Rodriguez followed him to give the Cubs four innings of relief, allowing just three hits and striking out four to lower his ERA to 0.89 on the season.

The Cubs needed just one run to secure a victory in this one, with Kevin Alcantara providing the game-winning RBI groundout in the first. Not satisfied with just that, Felix Stevens unloaded for his second homer in three days and fifth of the season as the Cubs were in front 2-0. Moving to fifth is when Yeison Santana collected the next RBI as his groundout had the Cubs up 3-0. The Cubs added a fourth run in the seventh courtesy of a balk as they made quick work of the Diamondbacks 4-0.

Santana was one of five players to collect a hit joining Owen Caissie, Miguel Fabrizio, Stevens, and BJ Murray Jr. James Triantos and Ismael Mena were held hitless in the loss.