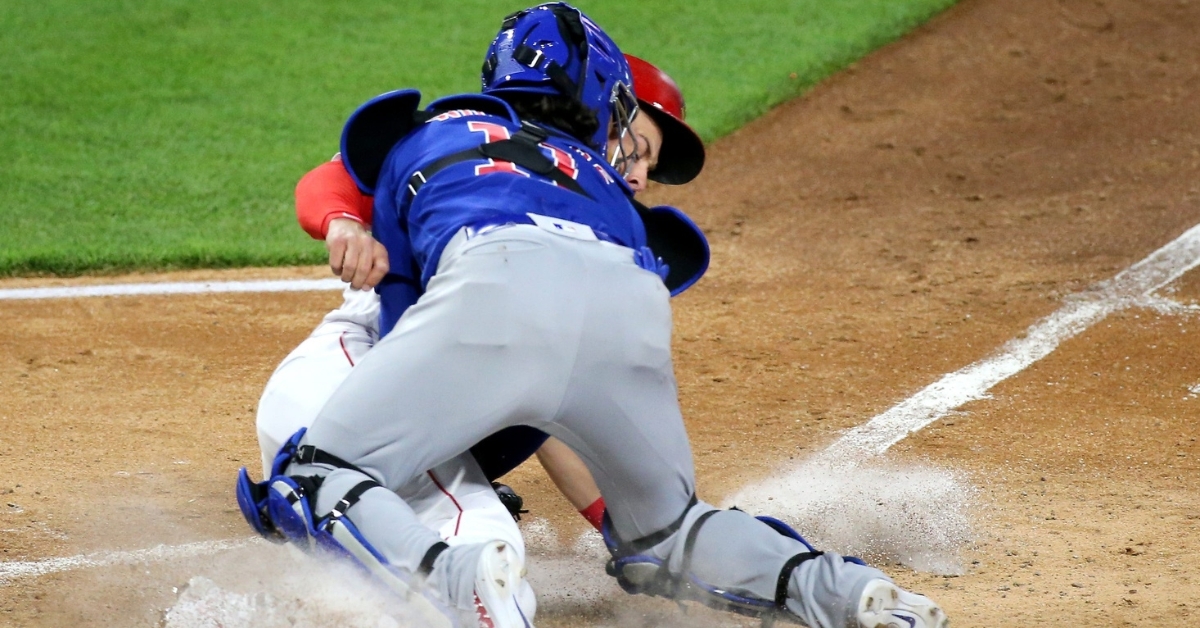 CINCINNATI — Despite a valiant comeback attempt in the ninth inning, the Chicago Cubs (11-15) were unable to overcome the three-homer showing by the Cincinnati Reds (12-13) in the opener of a three-game series on Friday. The Cubs fell in their first meeting of the season with the Reds, with Jake Arrieta getting racked in his 3 1/3 innings pitched. The Reds powered out three home runs at Great American Ball Park and won 8-6 on the evening.

A Cubs dinger opened the scoring action, as Kris Bryant skied a solo shot to left in the top of the first. Wade Miley, who tossed five innings on the mound, gave up the long ball. Matthew Duffy led off the second with a base hit, and Jake Marisnick doubled in the next plate appearance. Nico Hoerner plated Duffy with an RBI groundout that put the Cubs up 2-0. Willson Contreras smacked a leadoff double to begin the third, and Bryant subsequently drew a walk. Both runners were left stranded, though.

Interestingly enough, Miley kickstarted the Reds' offense with a single in the third frame. He then advanced to third base on a base knock by Jesse Winker, and former Cub Nicholas Castellanos pushed Miley across via an RBI fielder's choice. Joey Votto then became the third-ever Red to hit 300 homers with the club when he slugged a 429-foot two-run blast that scored Castellanos. Notorious Cub killer Eugenio Suarez led off the fourth with a 423-foot jack. Following a Tyler Naquin single, Nick Senzel hit a two-run bomb. Arrieta was yanked soon afterward.

"There's nothing to do" in Cincinnati besides hitting home runs. pic.twitter.com/53XqJlKIuR

Votto added to the Reds' lead later in the fourth by swatting an RBI double that bounced above Anthony Rizzo's outstretched mitt and over the top of first base. Miley scored on the play. Contreras left the game due to right hip tightness after hitting a single in the fifth. With Justin Steele on the mound, Marisnick misplayed a single hit to center field by Kyle Farmer in the sixth. As a result, Farmer reached third and then went home on a grounder hit by Winker. Farmer beat the tag at the plate just in the nick of time, colliding with Tony Wolters, who replaced Contreras, and putting the Reds up 8-2.

Jose De Leon gave up two runs in the top of the seventh. A leadoff walk of Eric Sogard led to Sogard scoring on an RBI double hit by Bryant, who avenged himself after striking out in a controversial fifth-inning at-bat featuring a phantom foul tip call. Later in the seventh, Bryant crossed the dish on an RBI single by Baez. In the eighth, David Bote was tagged out by Votto on a close play at first base while attempting to return to the bag on a fielder's choice hit into by Hoerner.

The Reds used three different pitchers in a tense ninth inning. The Cubs loaded the bases with no outs by way of an infield single off the bat of Sogard and walks drawn by Wolters and Bryant. After Rizzo hit a fly ball that resulted in the first out, a sacrifice fly from Baez scored Sogard. Following a two-out base on balls drawn by Heyward, a walk issued to Marisnick forced home Wolters. Tejay Antone entered with two outs and the bases juiced and forced Bote to ground out and end the game, with the Reds winning 8-6 and Antone recording his first career save.