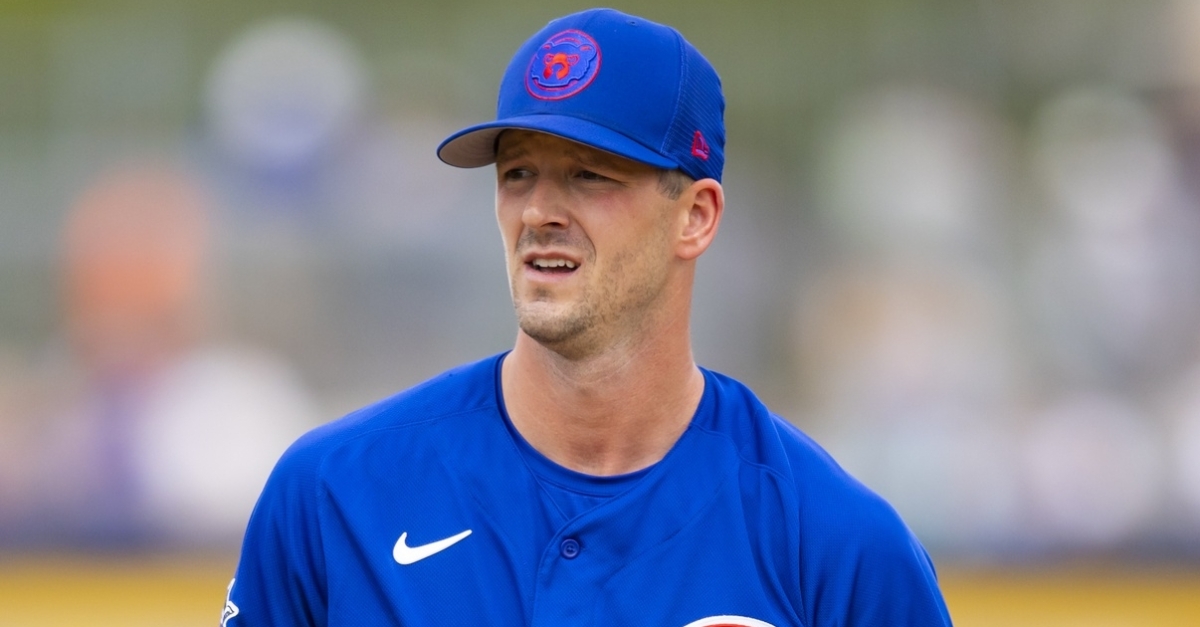 Over the last several games, the Chicago Cubs have seen plenty of their players making their spring debuts as all of them arrived in camp a different times. Saturday marked another spring debut as lefty Drew Smyly took the ball in his first start of the spring.

In his second stint with the Cubs, Smyly is looking to lock down one of the final spots in the rotation after signing a one-year deal last week. Smyly was both solid and impressive as he allowed just one hit in two innings of work, striking out two, and most importantly, no runs allowed.

He did his part on the mound, but the Cubs offense again struggled to put runs together as they played to 2-2 for their third tie of the spring.

Opposing Smyly was fellow left-hander Ryan Weathers, who gave the Padres three impressive innings allowing just one run on one hit. He added three strikeouts to go with two walks.

Although he matched Smyly pitch for pitch, the lone hit Weathers allowed resulted in a run, with Michael Hermosillo picking up a little league-style home run as he reached base with a double and came home to score on the same play after an error.

Following Smyly and his outing entered Rowan Wick as he looks to provide a pivotal role in the pen. Wick was not at his best as he allowed a pair of walks to go with a hit while an error allowed for a run to score, helping bring the Padres back to even at 1-1.

Entering the top of the fourth and with Dinelson Lamet on the mound, Yan Gomes put the Cubs right back in front as his solo shot to center gave Chicago the 2-1 lead.

Unlike Wick, who struggled in his outing, Micahel Rucker was called on to pitch the next two and did well for the most part.

Sure, he allowed the tying run in the fourth off a Luke Voit solo home run, but Rucker punched out a pair as his strong spring continued. Looking to retake the lead in the sixth, the Cubs looked to put a bit of two-out magic together, with Alfonso Rivas reaching base with a walk. One batter later, Owen Caissie drove one out to left field only to have Rivas gunned down at the plate to keep things tied.

While the Cubs offense was coming up empty on the offensive end, their bullpen continued to do the job with Scott Effross and Cayne Ueckert delivering a pair of strong innings, walking one, and striking out four to go with two hits.

Ueckert strikes out the side after a runner gets to third base ?????? #Cubs pic.twitter.com/5q3jMnQ01x

Their performance in relief gave the Cubs every opportunity to pick up a win as it was up to the offense to come through when needed. Unfortunately, an eighth-inning single from Jared Young was about all the excitement for the Cubs in the next two innings as it was Javier Assad's turn to hit the rubber.

Much like the rest of his counterparts, Assad was tough in his own right; Assad allowed just one walk to go with one punchout as the Padres offense was equally having a tough time. Like in the eighth inning and several innings before that, the Cubs looked to rally, hoping a ninth-inning rally could get the job done.

With the first two hitters striking out swinging, Edmond Americaan kept the line moving as his single to right brought Levi Jordan to the plate. Known for his speed on the bases, Americaan looked to put himself in scoring position, but was thrown out at second, ending the potential scoring threat.

That was it in terms of chances for both sides as ties have become more frequent for the Cubs of late. With less than two weeks to go until the regular season, Chicago hopes to start using their regulars more frequently, and hopefully, better and more consistent results will follow.