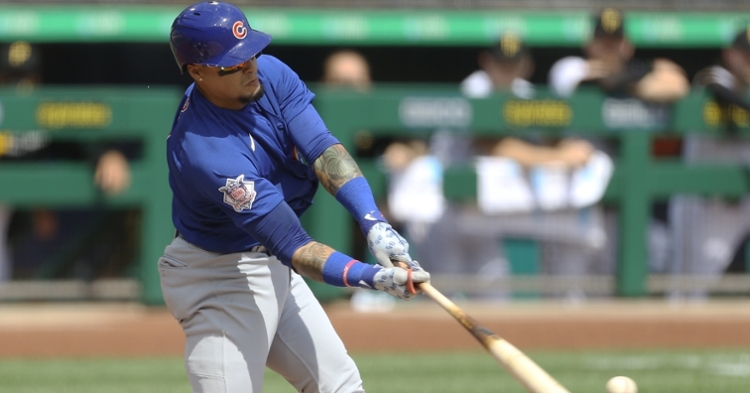 PITTSBURGH — Getting back on track after losing two straight, the Chicago Cubs (4-3) won the opener of a three-game set versus the Pittsburgh Pirates (1-6) 4-2 on Thursday. The North Siders scored all four of their runs at PNC Park via three homers, starting with an opening-inning solo drive by Kris Bryant. Javy Baez golfed a go-ahead two-run shot into the bleachers, and Anthony Rizzo added an insurance run with a late solo dinger. Jake Arrieta started on the bump for the Cubs and earned the winning decision for his six-inning performance.

Bryant kicked off the scoring with a 419-foot blast out to straightaway center field. Tyler Anderson gave up the first-inning bomb. The first two batters of the second inning reached before David Bote grounded into a double play. Arrieta tabbed a clutch strikeout to leave the bases loaded in the second. Bryant doubled in the third but did not score. Jake Marisnick was caught in a rundown while attempting to steal second in the fourth and got tagged out.

The Buccos got on the board and then took the lead in the bottom of the fourth. A sacrifice fly by Dustin Fowler plated Gregory Polanco, and Jacob Stallings came home on a base knock by Adam Frazier. Willson Contreras was gunned down attempting to stretch a fifth-inning single into a double. Rizzo singled in the sixth, and Baez proceeded to swing at a low breaking ball, which was fairly close to the dirt, and send it over the wall in the left field corner. Anderson was pulled soon afterward.

Following a pitching change in the eighth, Rizzo went yard off Sam Howard, with his 409-foot solo round-tripper to right resulting in the eventual final score of 4-2. After inheriting a bases-loaded situation in the eighth, Craig Kimbrel escaped the jam by striking out two batters in a row. He finished off the Pirates with a 1-2-3 ninth, locking up the 4-2 Cubs victory and registering his 350th career save.