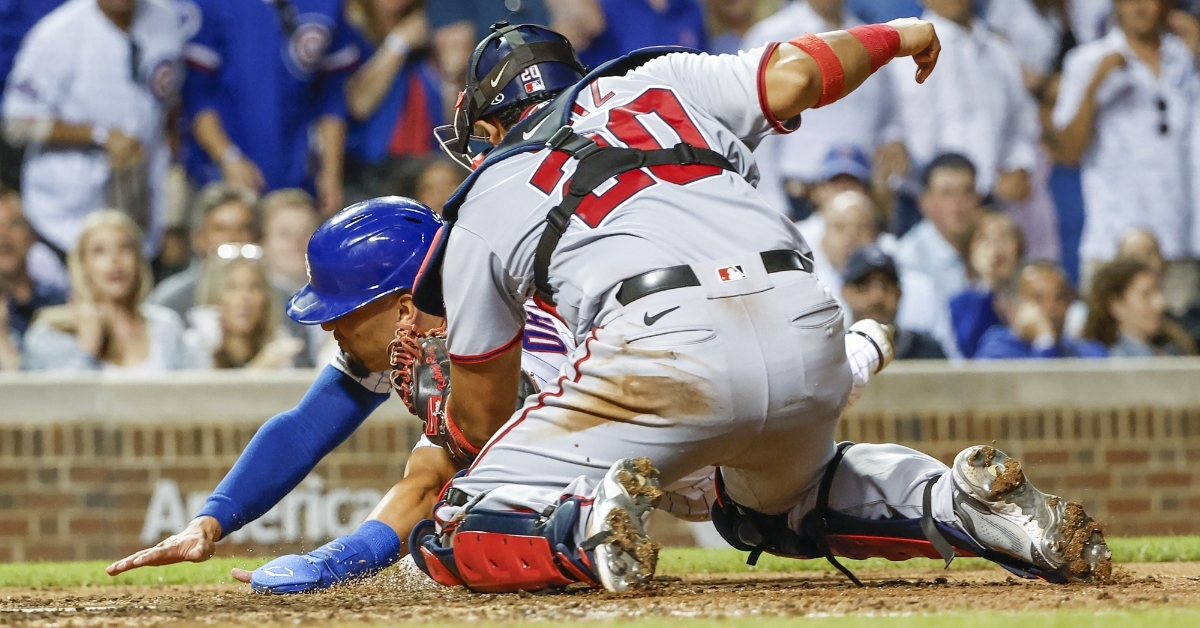 CHICAGO - Along with the many frustrating things that have been going on with the Chicago Cubs (44-65) this season, inconsistency has to be the most annoying. There are times when this team looks like a capable baseball team indicated during their recent six-game winning streak.

You then have times when they look like the worst team in the league as they have three 10-game losing streaks or more dating back to last June. That is the most in the MLB, and there is a reason why this team is in rebuild mode even if the front office continues to step around that statement.

Tuesday night against the Washington Nationals (37-75) at Wrigley Field, the Cubs summed up how their season has gone in a matter of innings. After being held to just one run through six innings and trailing 4-1, the offense came to life in the seventh and pushed across four runs to take the lead. Those are the types of innings when this team looks like a good baseball team, as they did all the little things that matter.

Just as quickly as they took the lead, the Cubs lost the lead with Mark Leiter Jr serving up a game-winning two-run shot in the top of the eighth. That indicates how bad things have gone for the Cubs for the better part of a year now as the Nationals evened up the series 6-5.

Marcus Stroman was on the mound for the Cubs as he was determined to keep his strong run of starts going. Since coming back from the IL, and his last few starts before the IL, Stroman was arguably the team's best starter along with Keegan Thompson and has started to look like the 71-million-dollar pitcher the Cubs paid for.

He was off to a similar start in this one allowing just one run through three innings until the three-run Keibert Ruiz homer in the fourth took away from another good outing. Stroman was pulled after the fifth as he was charged with four runs while striking out six. Paolo Espino took the ball against Stroman and delivered one of his best showings of the season. Despite going just five innings himself, the right-hander allowed just one run before the bullpen came in and nearly let it get away.

Getting back to Stroman for a minute, when he is on this season, he has been outstanding, but when he has been off, it often leads to hard contact. Granted, not a lot of the contact off of him was hard tonight, but two hits were which led to all four runs. Both those hits came off the bat of Ruiz, including his solo shot in the second that put the Nationals up 1-0.

The long ball was the key to the game's early stages as Seiya Suzuki ended a long homerless drought with his ninth in the bottom of the second as the Cubs were back to even 1-1. Following a pair of singles from Yadiel Hernandez and Joey Meneses in the fourth, it was Ruiz coming through again for his second homer in as many at-bats, which gave the Nationals a 4-1 lead.

Espino managed to limit the Cubs offensive production for the most part, but with a two-out hit by pitch and an Ian Happ double in the fifth, it was the Cubs who were looking to strike as they had runners on second and third. Espino wiggled his way out of that jam, but departed after that inning as he took a 4-1 lead with him.

With the Cubs still trailing by three in the seventh and now a battle of the bullpens, the Nationals pen cracked first, with the Cubs coming away with a massive seventh inning. That inning all started with singles from Zach McKinstry and Christopher Morel, as Chicago had two on and no outs. Two pitches later saw Rafael Ortega come through with another single to make things 4-2 before Willson Contreras kept the line moving with an RBi single of his own.

After a double play nearly killed the Cubs rally, Suzuki kept the inning alive with, you guessed it, another single as the Cubs were trying to single the Nationals to death. Over the course of around 10 pitchers to the Cubs next two hitters, both Franmil Reyes and Nico Hoerner added RBI singles as the Cubs finished the seventh with a 5-4 lead after scoring four times off singles.

With the lead in the eighth, it was up to Mark Leiter Jr to keep things that way as he took over for Erich Uelmen. Despite allowing a one-out single to Maikel Franco, Leiter had a pair of strikeouts and was one out away from keeping the lead. That was until Meneses took a 1-1 pitch over the left field fence for his second in as many nights as the Nationals retook the lead 6-5.

Following a scoreless bottom of the eighth for the Cubs, it was off to the ninth, where old friend Carl Edwards Jr was on the mound. During his time with the Cubs, Edwards Jr flashed tons of closer potential, but never had the consistency needed to hold that role. Suzuki was hoping to keep the pressure on in the ninth as he picked up a one-out single only to be caught stealing on the bases.

That proved extremely costly as the walk to Nelson Velazquez shortly after would have put the tying run in scoring position with one out instead of the Cubs falling by that 6-5 score. Suzuki had a massive night which was much needed for him as he led the way with three hits. McKinstry added three hits as every starter for the Cubs had at least one hit.