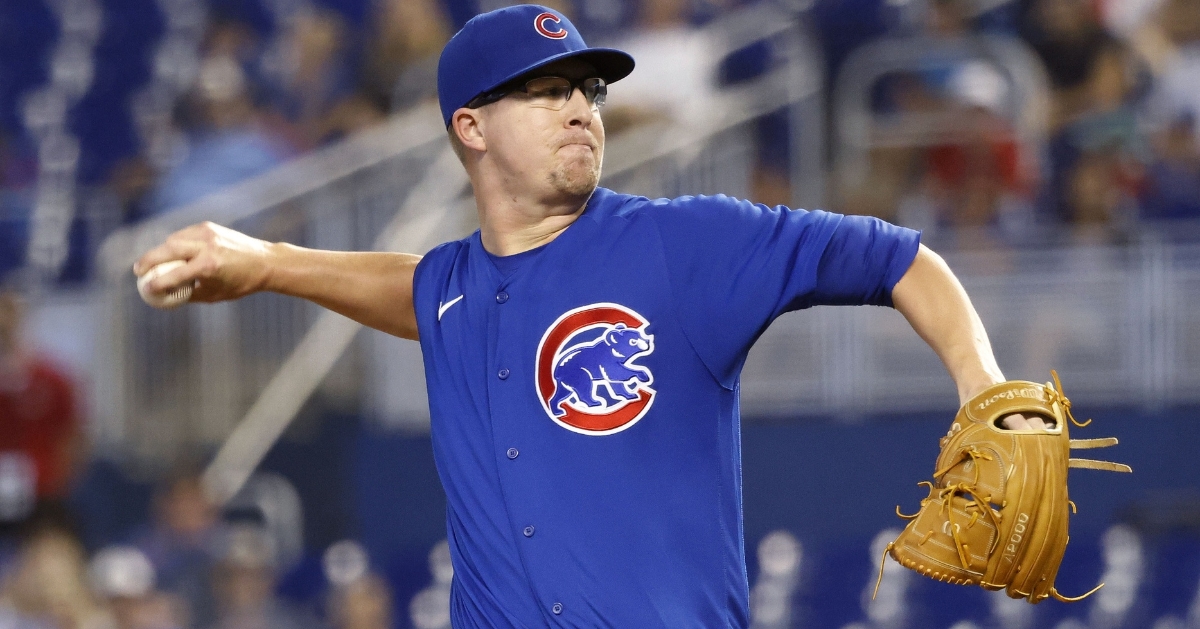 MIAMI — A Frank Schwindel home run provided the Chicago Cubs (52-68) with their only run at LoanDepot Park on Sunday afternoon. Jazz Chisholm Jr. and Jesus Aguilar went yard for the Miami Marlins (51-67), who pulled off a three-game sweep. Falling 4-1, the Cubs had their losing streak extended to a 11 games, equaling their previous longest losing skid of the season. The Cubs have now been swept in three consecutive series. Jason Heyward returned to action for the Cubs after being activated off the 10-day injured list prior to the contest. He went 1-for-4 at the plate on the day.

The Marlins tallied a pair of two-out singles off Alec Mills in the first but did not score. Bryan De La Cruz made a nice catch in right to prevent David Bote from tallying a hit in the second. Mills struck out the side in a 1-2-3 second. Robinson Chirinos hit a leadoff single in the third, and Andrew Romine then drew a walk. Elieser Hernandez collected three outs in a row after that, though, including a strikeout of Mills, who was unable to successfully lay down a sacrifice bunt with no outs.

Bote, who started at second, was able to snag a liner hit by Chisholm to end the third. The ball squirted out of his glove, but he was able to corral it with his bare hand. Chirinos was hit by a pitch to begin the fifth and moved to second on a one-out sacrifice bunt by Mills. He did not score, however. Jorge Alfaro hustled for a leadoff double in the fifth, barely avoiding being tagged out by Bote after Rafael Ortega fielded in center and fired a throw to second. With one out, Magneuris Sierra plated Alfaro with a base knock and reached second on the throw home. Sierra went on to steal third with two outs, but the Marlins, who lined out three times in the inning, failed to plate him.

Schwindel wasted little time in tying the game, as he led off the top of the sixth with a 422-foot blast over the wall in center. Matt Duffy hit a one-out single, and Hernandez was relieved by Paul Campbell, who finished the half-inning off. Chisholm responded to Schwindel's leadoff dinger with one of his own, as he led off the bottom of the sixth with a 435-foot bomb to right-center. The go-ahead homer gave way to back-to-back singles by Aguilar and Lewis Brinson. With one away, Alfaro grounded into a fielder's choice that placed runners on the corners. After Alfaro stole second, De La Cruz drew a walk to load the bases. Adam Morgan then relieved Mills and struck out Sierra to end the inning.

Chirinos smacked a leadoff double in the seventh that chased Campbell from the game. Richard Bleier entered to pitch and, after striking out Romine, gave up a single to Wisdom that resulted in the Cubs having men on first and third with one out. Former Cub Anthony Bass took the mound following an Ortega strikeout and fanned Schwindel. Chisholm singled off Trevor Megill with two outs in the seventh, and Aguilar took Jake Jewell deep in the next at-bat. The long ball to left provided the Marlins with two insurance runs. Bass proceeded to sit the Cubs down in order in the eighth.

At the onset of the home half of the eighth, a throwing error committed by Wisdom at third enabled Brian Anderson to reach. Ryan Meisinger struck out Alfaro after that and then forced De La Cruz to ground into an inning-ending double play. Dylan Floro gave up a go-ahead three-run double to Schwindel on Saturday and got off to a rocky start to his outing on Sunday, as Heyward hit a leadoff single off him that preceded Chirinos working a walk after falling down 0-2. Chirinos reached base in all four of his plate appearances in the tilt, including his hard-fought 12-pitch plate appearance in the ninth. Floro kept his composure and struck out Romine and Wisdom before Ortega grounded out to wrap up the North Siders' 4-1 loss to the Fish.