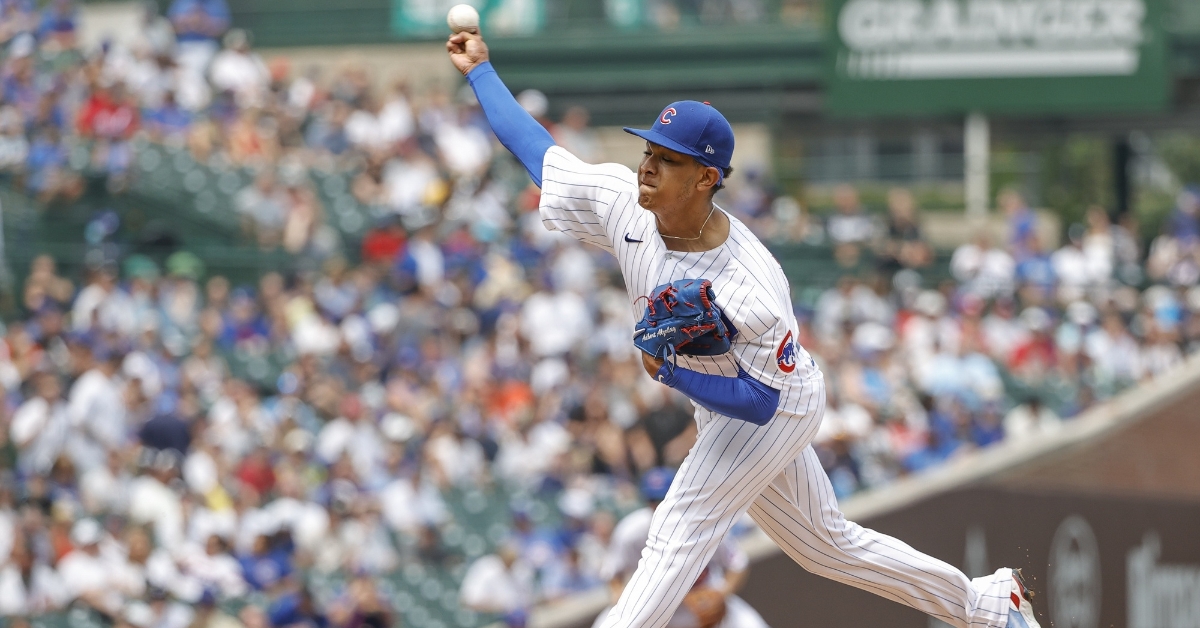 CHICAGO — After mounting a comeback and coming up short in an extra-inning duel in Friday's series opener, the Chicago Cubs (52-60) laid an egg in Saturday's second installment of the three-game set at Wrigley Field. The Chicago White Sox (65-46) jumped out to a 2-0 lead in the first inning and cruised to a 4-0 victory over the North Siders. Carlos Rodon struck out 11 on the bump for the South Siders, overshadowing a solid outing by Adbert Alzolay, who fanned seven.

A pair of infield singles by Cesar Hernandez and Eloy Jimenez led to Yoan Moncada putting the White Sox up 2-0 with two outs in the top of the first. Moncada slugged a double off the wall in center that scored Hernandez and Jimenez with ease. Rodon then struck out the side in a 1-2-3 first. Andrew Romine made a great overhead catch at shortstop to rob Leury Garcia of a leadoff hit in the second. Frank Schwindel hit a bloop single off Rodon in the second, but nothing came of it.

The White Sox grounded out three straight times in the fourth to give Alzolay his third inning in a row of not allowing any baserunners. David Bote hit a one-out double down the left field line in the fourth but was stranded. Garcia led off the fifth with a double off the wall in left, but he, too, was left on base. Rodon worked around a leadoff walk of Matt Duffy in a scoreless fifth. With two outs in the sixth, Ian Happ was unable to catch a ball hit into the right field corner by Jimenez, as it bounced out of his glove. Jimenez was credited with a double on the play, which was followed by Alzolay striking out Moncada to end the half-inning.

After walking Rafael Ortega to begin the home half of the sixth, Rodon was relieved by Michael Kopech. Willson Contreras struck out, and Bote hit a one-out single that moved Ortega to third. Patrick Wisdom then popped up onto the infield and slammed his bat down in frustration. Jose Abreu ended the inning with a putout at first, as he stretched out and gloved a throw made by Moncada at third, resulting in a Schwindel groundout.

Brian Goodwin hit a leadoff single in the seventh, and Garcia then hustled down the line to beat out a throw and prevent a double play. Garcia stole second after grounding into a fielder's choice and tagged up and reached third when Zack Collins flied out to the warning track in right. Dan Winkler relieved Alzolay at that point and made a nice play on a Gavin Sheets comebacker to usher in the seventh-inning stretch. Alzolay's start was the first of his career in which no home runs or walks were given up.

Aaron Bummer pitched a scoreless seventh, in which shortstop Tim Anderson made an impressive throw to first that nearly outed Happ on an infield single. Trevor Megill was taken deep in back-to-back at-bats in the eighth, with Hernandez sending a solo shot out to left-center and Abreu barreling a solo shot out to center. Craig Kimbrel redeemed himself after giving up a three-run homer on Friday, as he sat the Cubs down in order in the eighth. Ortega led off with a deep drive that Adam Engel caught at the wall in center, and Kimbrel then struck out Contreras and Bote.

Romine pulled off another impressive defensive play to rob Garcia of a hit in the ninth, this time on a diving stop. Once he gloved the grounder, Romine fired a throw to first that outed Garcia just in the nick of time. With Rex Brothers pitching the ninth, the White Sox went three up, three down. In the bottom of the ninth, the Cubs faced off against Ryan Tepera for the first time since he was traded to the White Sox. Matt Duffy hit a two-out single off the former Cub and advanced to second on a wild pitch, but a Happ strikeout put a bow on the Cubs' 4-0 shutout loss.