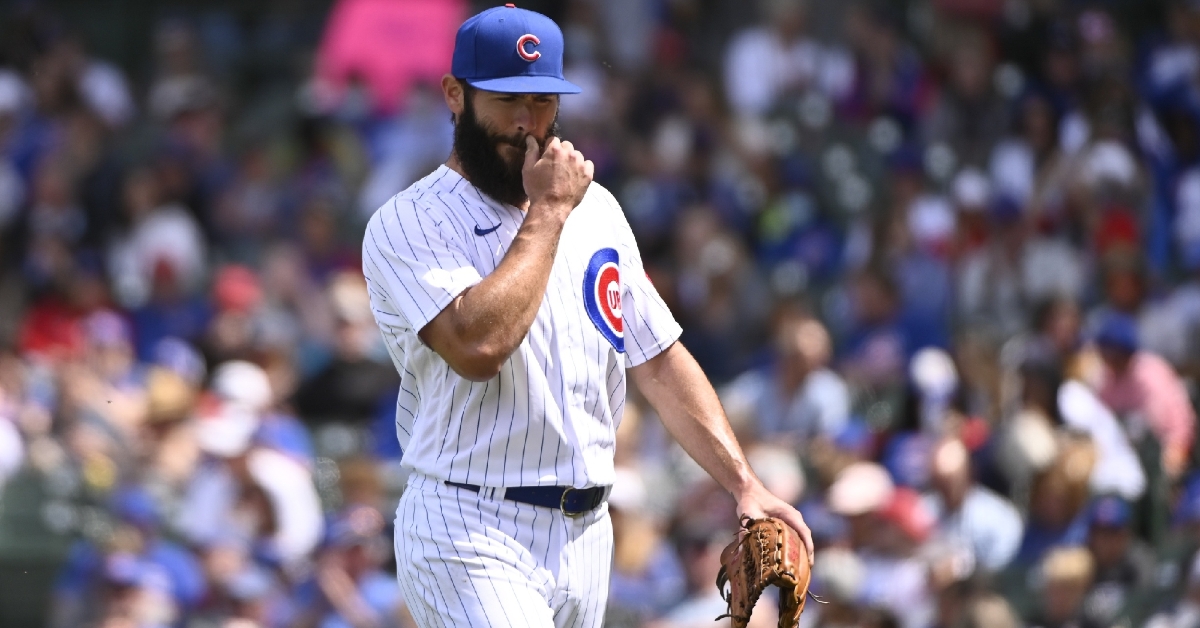 CHICAGO — For the first time in exactly one month, the Chicago Cubs (29-23) lost by more than one run on Sunday, ending the Cubs' season-long six-game winning streak. Interestingly, the North Siders' previous one-run defeat came at the hands of the Cincinnati Reds (23-28), who also beat the Cubs in Sunday's series finale at Wrigley Field. The Reds jumped out to a 3-0 lead in the first inning and went on to win 5-1, preventing the Cubs from completing a three-game sweep.

Jake Arrieta was roughed up out of the gate, giving up two one-out singles and walking a batter to load the bases. Tyler Naquin plated Jesse Winker with a sacrifice fly, and a successful Reds challenge then extended the half-inning, as Tyler Stephenson was ruled safe at second after initially being called out. Kris Bryant, who started at first in the injured Anthony Rizzo's absence, misplayed a grounder and flipped the ball to Javy Baez at second after corralling it. Stephenson did not slide into second, which nearly cost him, but the replay review revealed that he stepped onto the base before Bryant's throw reached Baez's glove.

Bryant was charged with a fielding error on the play, and the Reds took advantage of the mistake. Arrieta forced home former Cub Nicholas Castellanos, who earlier extended his hitting streak to 16 games via a first-inning single, when he plunked Tucker Barnhart with the bases loaded. Jonathan India hit an infield single after that, which scored Stephenson, and Arrieta finally escaped the top of the first by striking out fellow starter Tyler Mahle. On the mound, Mahle dominated in the early innings and finished his five-inning appearance with eight strikeouts.

Two Reds reached base in the second, but Arrieta prevented Cincinnati from adding to its lead. Eugenio Suarez changed that by crushing a leadoff home run to left in the fourth. The 433-foot jack was followed by a walk of Winker and a double play groundout hit into by Castellanos. Stephenson once again benefited from an error when he reached because of a throwing error committed by third baseman Patrick Wisdom. A wild pitch enabled Stephenson to advance to second, and he scored on an RBI single by Naquin.

Brad Wieck relieved Arrieta after Chicago fell down 5-0, and drew an inning-ending flyout after Naquin stole second. Ian Happ drew a leadoff walk in the fifth, thus serving as the Cubs' first baserunner of the afternoon, and Willson Contreras singled for the Cubs' first hit of the day, moving Happ to second. Mahle proceeded to strike out three straight batters to usher in the sixth. Eric Sogard was rung up by Joe West on a questionable strike-three call that ended the frame and was not happy about it, as he slung his equipment down.

Amir Garrett tossed a scoreless sixth, in which Bryant grounded into an inning-ending 5-4-3 double play after Joc Pederson walked. In addition to Wieck, Rex Brothers, Dillon Maples and Daniel Winkler recorded scoreless stints out of the Cubs' bullpen. Shogo Akiyama drew a base on balls with Maples pitching in the eighth. Akiyama stole second after the leadoff walk and eventually reached third because of a wild pitch. Castellanos left Akiyama stranded by lining out with two away.

Cionel Perez gave up a leadoff base hit to Patrick Wisdom in the bottom of the eighth, but Sogard followed that by grounding into a 6-4-3 double play. P.J. Higgins pinch hit and notched a walk, with Higgins then reaching second on a single off the bat of Joc Pederson. Castellanos nearly caught a bloop single by Bryant, but the RBI knock to right fell in for a hit, allowing Higgins to score. Tejay Antone relieved Perez at that point and forced Baez to ground out, thereby ending the inning. Antone tossed a 1-2-3 ninth to finish off the 5-1 victory for the Reds, who avoided suffering a three-game sweep.