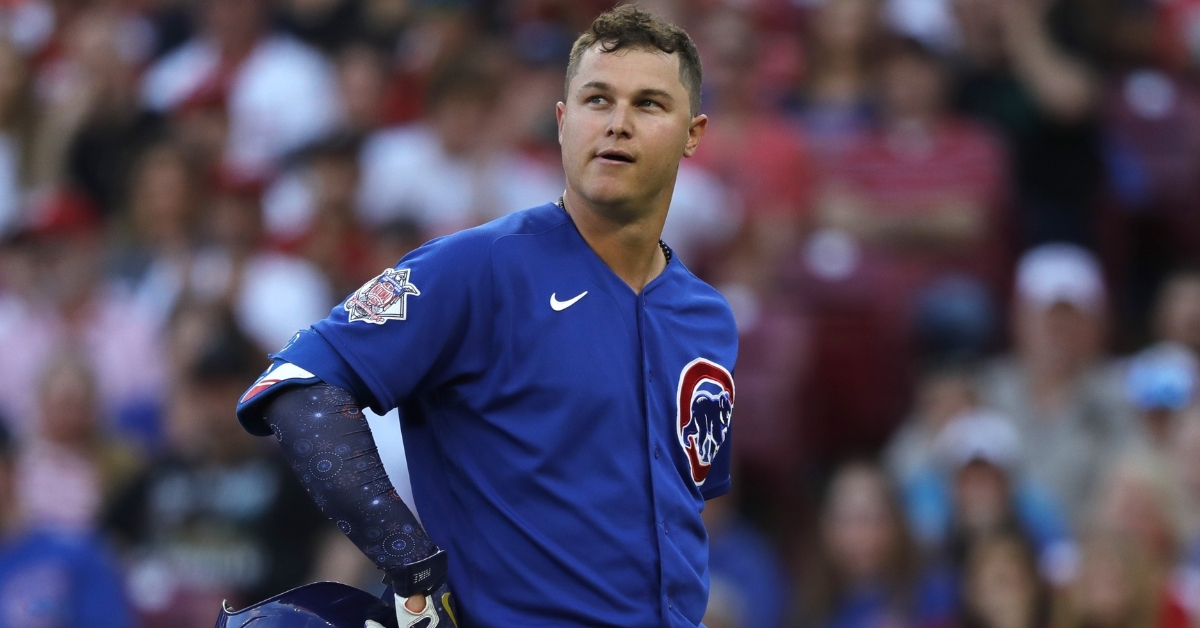 CINCINNATI — Extending their losing streak to seven games, the Chicago Cubs (42-40) scored just one run in the opener of a three-game affair at Great American Ball Park on Friday. In a contest that featured 26 combined strikeouts — and a pitcher-friendly strike zone utilized by home plate umpire Jim Wolf — the Cincinnati Reds (41-40) tallied a 2-1 win. A two-run double hit by Joey Votto following a pitching change in the bottom of the sixth was all that the Reds needed to come away with a victory.

After being activated on the injured list earlier in the day, Sonny Gray started on the hill for the Reds and fanned eight in five innings of one-run ball. Alec Mills struck out nine in his start for the Cubs but was charged with the two runs plated by Votto's aforementioned two-bagger. Kris Bryant and Anthony Rizzo returned to action for the North Siders following short injury layoffs. Bryant singled with one out in the top of the second, but Gray struck out the other three batters he faced in the frame.

Votto led off the bottom of the second by drawing a hit by pitch. Although replay seemed to indicate that the pitch in question did not make contact with Votto, it would have been ball four anyway. Mills drew straight outs after that and proceeded to lay down a perfect sacrifice bunt in the third. The bunt moved Ian Happ, who hit a leadoff infield single that ricocheted off second baseman Jonathan India's glove, from first to second. Joc Pederson then struck out looking and was not pleased with Wolf's strike-three call. Willson Contreras drew a two-out walk, but Javy Baez ended the half-inning by grounding into a fielder's choice.

Bryant collected another one-out base hit in the fourth, and he came around to score from first on a two-out double hit to deep right-center by Jason Heyward. Jesse Winker then laid out for a nice catch in left, which robbed Happ of a hit. Contreras hit a double of his own to deep right-center in the fifth. However, Baez struck out looking in the ensuing at-bat and was visibly irked by Wolf's called third strike.

Art Warren plunked Rizzo to begin the sixth, but Rizzo was later outed at second on a fielder's choice hit into by Patrick Wisdom, who was also making his return from a brief injury recovery. Farmer pulled off a diving stop of a chopper hit by Wisdom to shortstop, leading to the force out at second. Wisdom stole second with two outs, but Josh Osich then drew a groundout off Heyward's bat.

Farmer working in the dirt. ?? pic.twitter.com/NeIST0J3hB

Mills issued a one-out walk to India in the sixth, and former Cub Nicholas Castellanos smacked a single up the middle with two away, advancing India to second. Adam Morgan relieved Mills at that point, and Votto went on to drill a double out to right off him, scoring India and Castellanos and putting the Reds in front. Tyler Naquin flied out to end the inning, leaving Votto stranded.

Cubs nemesis Amir Garrett walked Pederson with two outs in the seventh and was subsequently relieved by former Cub Brad Brach. India was charged with an error when he failed to catch a popup hit by Contreras, who failed to take advantage of the reprieve by grounding out to third. Eugenio Suarez's throw to Votto at first barely beat Contreras. The Cubs challenged the out call, which was upheld.

Daniel Winkler gave up a leadoff base knock to Suarez in the home half of the inning. Kyle Farmer then grounded into a fielder's choice, with Suarez getting outed at second on the play. A wild pitch by Winkler enabled Farmer to cruise into scoring position, but a pair of strikeouts followed, including a punchout of Tucker Barnhart that left him furious with Wolf. Brach retired the side in order in the eighth, as did Andrew Chafin. Chafin dodged a bullet when India flied out to the warning track in right, though.

Heath Hembree finished the Cubs off in the ninth. Wisdom struck out for the third time on the night, and Heyward bounced out on the first pitch of his at-bat. Happ, who played his college ball for the Cincinnati Bearcats. then fought off several pitches with two strikes en route to swatting a single to right that kept the Cubs alive. Rafael Ortega pinch hit in the pitcher's spot, and Hembree struck him out to wrap up the Reds' 2-1 triumph. The Cubs struck out 14 times in the loss, going 0-for-5 with runners in scoring position and leaving eight runners stranded on base.