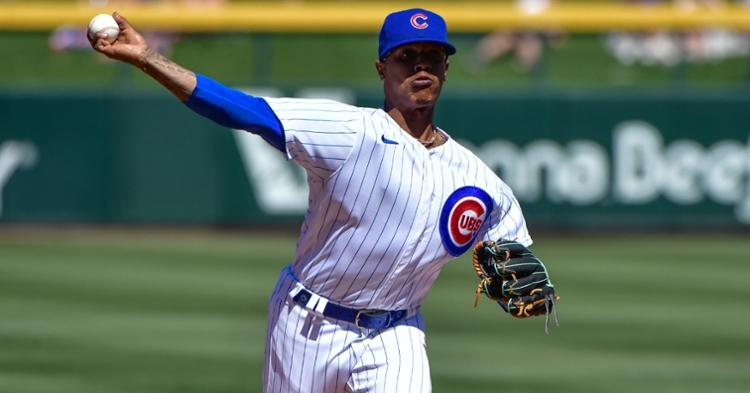 CHICAGO - For the first time this season, the Chicago Cubs (6-6) have dropped a series. That came at the hands of the Tampa Bay Rays (7-6), who continue to play well themselves. With rain in the forecast, the Cubs elected to move the game up one hour in hopes of avoiding any issues.

That decision was felt in a big way as the Wrigley Field stands were nearly empty at first pitch. Once the game was set to begin, it was time for the Stro show, with Marcus Stroman taking the ball. Stroman has been ok during his first two starts as a Cub, but has said a lack of spring training has thrown him off. Looking to bounce back from a rough outing in Colorado, Stroman was facing a team that he is familiar with, but has not had a ton of success against.

Hoping to change those fortunes in this one, the Rays jumped on Stroman early and often, pushing across four first-inning runs. Stroman allowed eight runs on eight hits in 4 1/3 innings of work as the Rays made quick work of the Cubs 8-2 in six innings. That makes nine runs allowed in his last two innings which is never good.

From a command side of things, Stroman was solid as he walked two and struck out seven. However, the hard contact did him in, with Brandon Lowe leading off the game with a double before coming home to score on the Randy Arozarena double to make things 1-0. Following his second walk of the inning to Ji-Man Choi and with two outs, Francisco Mejia got a good pitch to hit and barely put it over the center-field fence to give the Rays a commanding 4-0 lead in the first.

In the second, Tampa Bay continued to keep the pressure on, with Taylor Walls leading off the inning with a single and then racing home on the two-out Wander Franco double to make things 5-0. That would be plenty for stater Drew Rassmussen who lasted just three innings due to a high pitch count. Rassmussen was charged with a pair of earned runs in those innings, both of them coming in the third. He gave way to Jalen Beeks, who tossed a pair of scoreless for Tampa.

Still early, and knowing that Rassmussen was throwing a ton of pitches, the Cubs looked to use that to their advantage in the third. Singles by Jonathan Villar and Ian Happ got things started before the Frank Schwindel RBI double put the Cubs on the board, trailing 5-1. Nick Madrigal followed that up with an RBI grounder to first, but that would be all for the Cubs as they couldn't get much of anything done.

Two innings later saw the Rays get back on the scoreboard and chase Stroman in the process, with Daniel Norris taking over in relief. Following a leadoff error, Josh Lowe tripled to make things 6-2 and then came home on the Mejia single to make things 7-2. Stroman was pulled in favor of Norris after that hit, and the lefty immediately allowed an RBI double off the bat of Kevin Kiermaier to extend the lead to 8-2. That run was charged to Stroman as Norris got out of the fifth without further damage.

Hoping to at the very least make a little bit more noise, Seiya Suzuki continued to impress with his eye at the plate, working a leadoff walk to put a runner on base. Two strikeouts and a groundout later, the Cubs were not only held in check once again, but the game was called before they came to bat in the sixth as the Rays win game three 8-2 and took the series from Chicago.

This was not only the first series the Cubs have lost this season, but it is also the second time they have fallen to .500 this year. The Cubs will look to get back on the winning track this weekend as they play host to the Pittsburgh Pirates for a four-game set. Game one is set for Thursday night, with the first pitch at 6:40 CDT. On a side note, prior to the game, the Cubs made a trade as they sent reliever Jesse Chavez back to the Braves in exchange for Sean Newcomb and cash considerations.