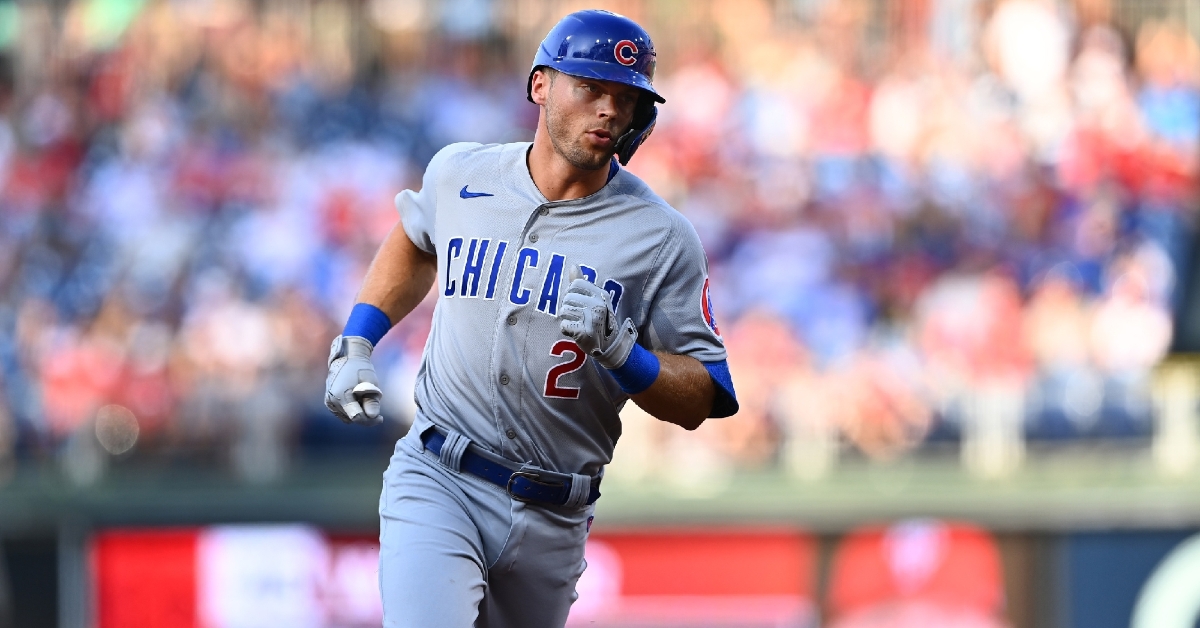 PHILADELPHIA - If only the MLB would adopt the Minor League system of a first and second-half champion, then Chicago Cubs (37-57) would be in first place to start the second half. In game two of a weekend series against the Philadelphia Phillies (49-45) at Citizens Bank Ballpark, the Cubs received another strong pitching performance as Marcus Stroman showed up in a big way.

Recovering from an injury that sidelined him for nearly two months, Stroman has been on a pitch count his first two starts back, but Saturday saw him look as good as he has all season. Not only did Stroman pitch into the seventh, but he allowed just one run to go with five strikeouts as he went toe to toe with Zach Wheeler.

Wheeler continued his strong season by tossing seven innings of one-run ball as his ERA fell to 2.78. After nine innings, the two sides were locked in a 1-1 deadlock, and the fans were treated to some extra baseball. It was the Cubs five-run tenth that proved to be the difference as the Cubs took their first series out of the break by topping the Phillies 6-2 in 10 innings.

Like on Friday, a solo homer got the scoring going, but this time it came from the Cubs in the top of the second. Nico Hoerner has been having an impressive season all year, and his sixth homer gave the Cubs a 1-0 lead against Wheeler, which is huge.

Across the next two innings, Stroman was giving the Cubs all he could, but was having difficulty having easy innings as four guys reached base for the Phillies. Despite that, Stroman did what he needed to keep Philadelphia off the board; ultimately, that is all that matters when you are a pitcher.

That was the last of the Phillies great scoring chances off of Stroman as he only got stronger as his outing went on. With the Cubs still leading 1-0 in the sixth, Christopher Morel put himself in scoring position with a double, only to be left stranded on the bases.

Still holding the lead in the bottom of the seventh, it was the Phillies turn to cash in as they finally started to make consistent contact off the Cubs right-hander. Darick Hall started the seventh inning with a leadoff double as he was the first Phillies baserunner to reach second since the third.

Four pitches later, it was JT Realmuto picking up an RBI single, and suddenly it was a 1-1 game. That also spent the end of Stroman for his day as he ended things with his best start since coming back from the IL. First out of the pen for the Cubs was Steven Brault, who, despite allowing the first hitter he faced to reach, managed to get out of another jam and kept the game tied.

Looking to strike back in the eighth, Patrick Wisdom came through with a leadoff double, but was still standing there with two outs. Following a hit by a pitch to Morel and a walk to Nelson Velazquez, the Cubs had the bases loaded, but the big hit they needed was nowhere to be found.

The Phillies made their best Cubs impression in the bottom of the eighth with Matt Vierling connecting for a leadoff double off of Brault, but then saw Mychal Givens come in and keep things tied as the game moved to the ninth. Following a scoreless ninth from both sides, it was off to the 10th, where the Cubs would try and win it.

For the most part, the Cubs have been up and down regarding extra-inning success, but they have been able to score with the ghost runner on second. Not only did the Cubs succeed, but they busted through in a big way as the offense did what they had to do to take the lead.

With Hoerner coming away with a huge steal of third base, Frank Schwindel put the Cubs in front for good as his RBI fielders choice made things 2-1. After a David Bote double moved runners to second and third, Morel cashed in with another single, extending the lead to 3-1.

Morel would then steal second to put runners on second and third yet again, and Velazquez coming to bat. Despite not getting a hit, Velazquez will certainly take reaching base as a costly error by the Phillies defense brought home two more runs with the Cubs now in front 5-1. Contreras would add an RBI double later in that inning as the Cubs went to the bottom of the 10th leading 6-1.

Brandon Hughes was on to pitch the 10th and, despite allowing an RBI groundout to Alec Bohm, did his job as the Cubs picked up another big win, 6-2. The Cubs only had seven hits, but made them count as Morel led the way with two. Schwindel, Contreras, Hoerner, Wisdom and Ian Happ all had hits in the win.