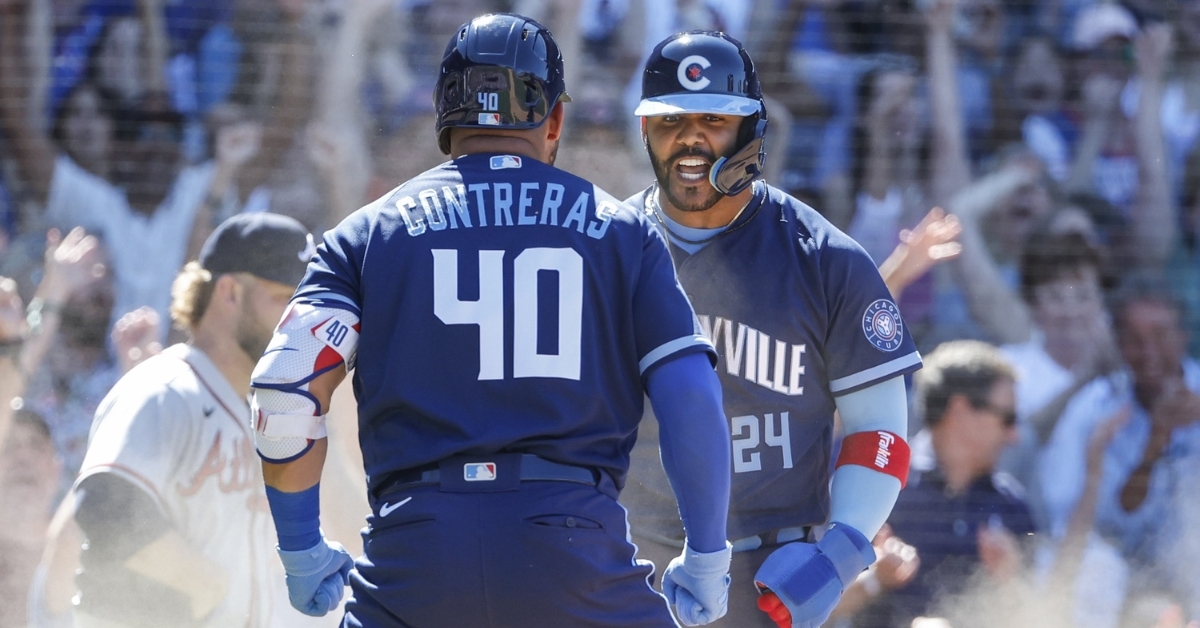 CHICAGO - Baseball is a funny game. Just when you think you have seen it all, you have what fans saw at Wrigley Field on Friday. In a matchup that pegged the Atlanta Braves (37-28) winners of 14-straight and the Chicago Cubs (24-40) losers of 10-straight, it was the hottest team in baseball versus the coldest team in baseball.

This was a series that many people expected the Braves to roll over the Cubs in, but that is why they play the game as the Cubs put an end to their losing streak and the Braves' winning streak by topping Atlanta 1-0.

In a matchup that saw right-handers Charlie Morton and Keegan Thompson toe the rubber, many fans were wondering how Thompson would rebound after two very poor outings. Needless to say, challenge accepted as Thompson was on point through six innings, allowing just two hits, with two walks and nine strikeouts.

Usually, that type of outing would be good enough to net a win, but on this day, it was a classic pitchers duel with Morton matching Thompson pitch for pitch. The veteran righty managed to get through seven innings, allowing just three hits as he also struck out nine in a no-decision.

With both starters on top of their game, it became a battle of the bullpens, and everyone knows how much the Cubs pen has struggled in recent games. That was not the case on Friday as Mychal Givens, Chris Martin, and David Robertson gave the Cubs three hitless frames of relief. Things got a bit dicey in the ninth, but Robertson managed to pitch out of trouble as the eighth-inning sacrifice fly by Christoper Morel proved to be the winning run.

With just five combined hits in the game, the offense was at a premium as neither starter wanted to budge on the mound. Ronald Acuna Jr led the game off with a single, but the Braves offense went silent after coming away with just one hit in the final eight innings.

Singles by Nico Hoerner in the fifth and Willson Contreras in the sixth were the final two hits of the game for either side as the Cubs had their first runner in scoring position in the sixth only to come away empty-handed again.

Although the Braves were not hitting well, they did show plenty of patience as the traffic they were putting on the bases came via walks. Fortunately, the Cubs managed to pitch around those jams and kept the Braves off the scoreboard through eighth innings.

Shifting to the bottom of the eighth, you had Jonathan Villar lead things off with a walk. There is an old saying that leadoff walks come back to haunt you, and after a sacrifice bunt moved him to second, Villar stole third, setting the Cubs offense up in a good spot. Despite not getting a hit with a runner in scoring position, Morel did what he needed to do and lofted an A.J. Minter pitch to the outfield.

Villar raced home on that play and was ruled safe after a great slide as the Cubs took the 1-0 lead into the ninth. With three outs to go, it was time for Robertson to head to the mound hoping to close things down. For the most part, Robertson has been great all season, but after a pair of walks and hit by pitch loaded the bases, he was far from at his best.

As all good pitchers do, Robertson found a way to pitch out of that jam, getting Arcia to ground out to end the game and put an end to the Cubs streak.

The @Cubs were on a 10-game losing streak today when they beat the Braves, who had won 14 straight.

Our #MLBTonight crew broke down the late-game execution that helped bring in the winning run and break the team's losing streak.@adnansvirk | @JonHeyman pic.twitter.com/IZXtnuO7HL