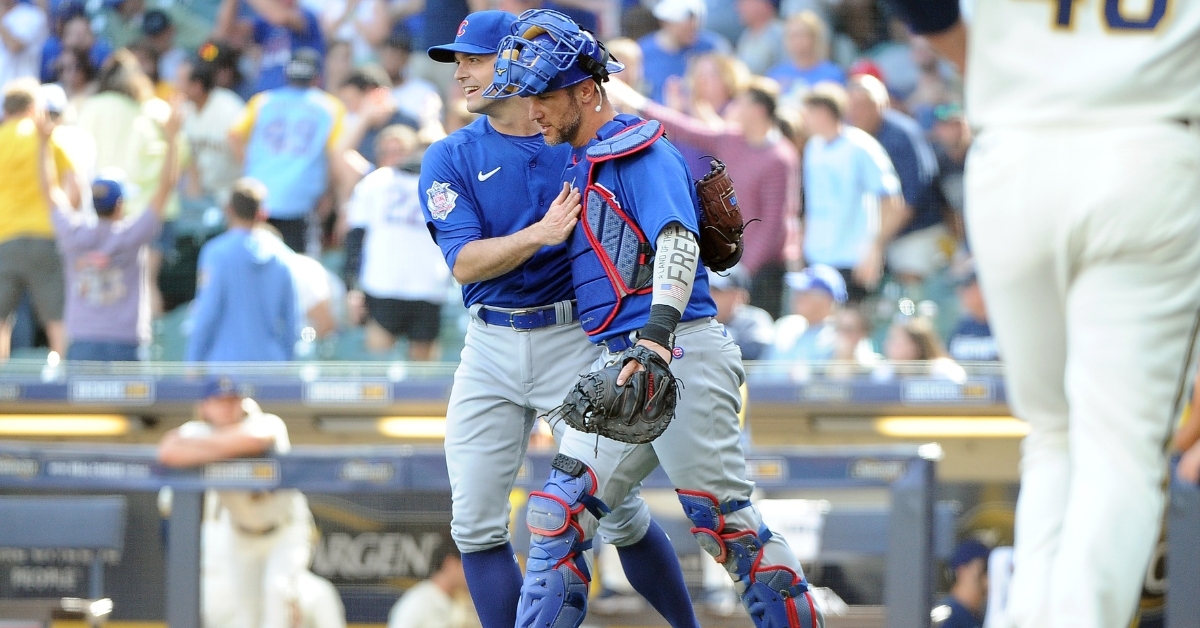 MILWAUKEE - It has been a long time since the Chicago Cubs (34-48) managed to rough up Josh Hader, 2019 to be exact, as the left-hander has owned them for the better part of three years. With Milwaukee Brewers (47-37) on the verge of picking up another series victory over the Cubs at American Family Insurance Field, the Cubs rallied late, tying things up in the eighth.

That set the tone for Hader to enter the game in the ninth with hopes of sending the game to extras or at the very least giving the Brewers a chance t walk things off. Instead, the Cubs finally solved the Hader mystery with P.J. Higgins delivering the game-winning hit off Hader in the ninth to give the Cubs a 2-1 win and a rare series win against the Brewers.

As usual, the success of the Brewers starts and stops with their starting pitching, and their ace Corbin Burnes was on the mound. Like he has done so many times the past three seasons, Burnes was lights out, allowing just three hits across seven innings while walking one and striking out 10. His ERA sits at 2.20 for the season as he continues to deliver CY Young quality numbers.

If you want to beat the Brewers, you need to match their starting pitching and give a ton of credit to Adrian Sampson. Going back to last season when he was called on down the stretch, Sampson has been solid in the rotation and has a lot of people wondering how he was without a job as long as he was.

Sampson continued to impress on Sunday, allowing just one run on four hits across 5 2/3 innings and adding five strikeouts to his name. In four appearances, including three starts, Sampson has posted a 2.91 ERA and a 3.34 ERA in his seven starts if you go back to last season. Should he keep pitching like this, the Cubs will have to make a decision on him beyond this season, but he deserves to be in the conversation of the plans for now.

Despite the great effort from Sampson, there was some bad news on the injury front, with Kyle Hendricks heading to the IL with Shoulder discomfort. That leaves four of the Cubs five opening day starters on the IL with only Justin Steele left in the rotation.

Facing Burnes is tough enough when you are at full strength, but the Cubs were without Willson Contreras, David Bote, and Seiya Suzuki in this one as they had their work cut out. Yet, through three innings, Sampson set the tone as he was perfect across the first three frames while Burnes allowed a few base runners early on.

After allowing a Christian Yelich single to lead off the fourth for his first baserunner, Sampson kept the Brewers off the board as he induced an inning-ending double play to finish things off. With the Cubs wasting a one-out Alfonso Rivas double in the fifth, the Brewers capitalized on that by taking the lead shortly after.

With two down in the bottom of the fifth, Keston Hiura turned on a Sampson sinker and unloaded for a 440 shot to make things 1-0 in favor of Milwaukee. Typically I would say one run is not enough to beat a team, but when facing Burnes, you are lucky to score more than one run.

Looking to bounce back in the sixth, Andrelton Simmons led things off with another double, but the Cubs could not cash in, keeping Milwaukee in front 1-0. Sampson continued to deliver in the bottom of the sixth, retiring the first two men before allowing a Willy Adames double, which signaled the end of the line for him and the call to the pen for Brandon Hughes.

Hughes not only took care of things to finish off the sixth, but Chris Martin came in to pitch the seventh and continued his scoreless streak to keep things 1-0 heading into the eighth. With Burnes officially done after seven innings, it was time for the Cubs to take their crack at Brad Boxberger.

Sometimes a new face on the mound is all a team needs to get going, and a one-out triple from Christopher Morel gave the Cubs their best scoring chance of the day. Following a Suzuki walk to put runners on the corners, Rafael Ortega came through with a massive single, tying things up 1-1 and getting Sampson off the hook for what would have been a hard-luck loss.

With a brand new ballgame, Mychal Givens was called on to pitch the eighth and continued to improve from one outing to the next, working around a mini jam to get things to the ninth. That meant it was Hader time as the daunting left-hander has been a nemesis in the Cubs side for years and was looking to keep that rolling.

Patrick Wisdom did his part to change the narrative by working a leadoff walk as he is suddenly becoming more patient at the plate. Wisdom would later steal second, but after a pair of strikeouts, the Cubs were on the verge of coming away empty-handed again.

Needing a huge hit, it was an unlikely hero who was about to play hero as Higgins took his turn to bat. Facing a 1-1 count, the third-string catcher got a pitch low in the zone and laced it the other way for the go-ahead double to put the Cubs up 2-1 heading to the bottom of the ninth.

Down to their final three outs, the Brewers were set to face David Robertson for the second time this week as he blew the save on Friday night. However, Sunday was a different ball game as Robertson made Cubs fans forget quickly about that blown save as he retired the Brewers to secure the win and locked down his 12th save. With the win, the Cubs not only took the series, but have now won four-straight series as their recent stretch of outstanding play continues.