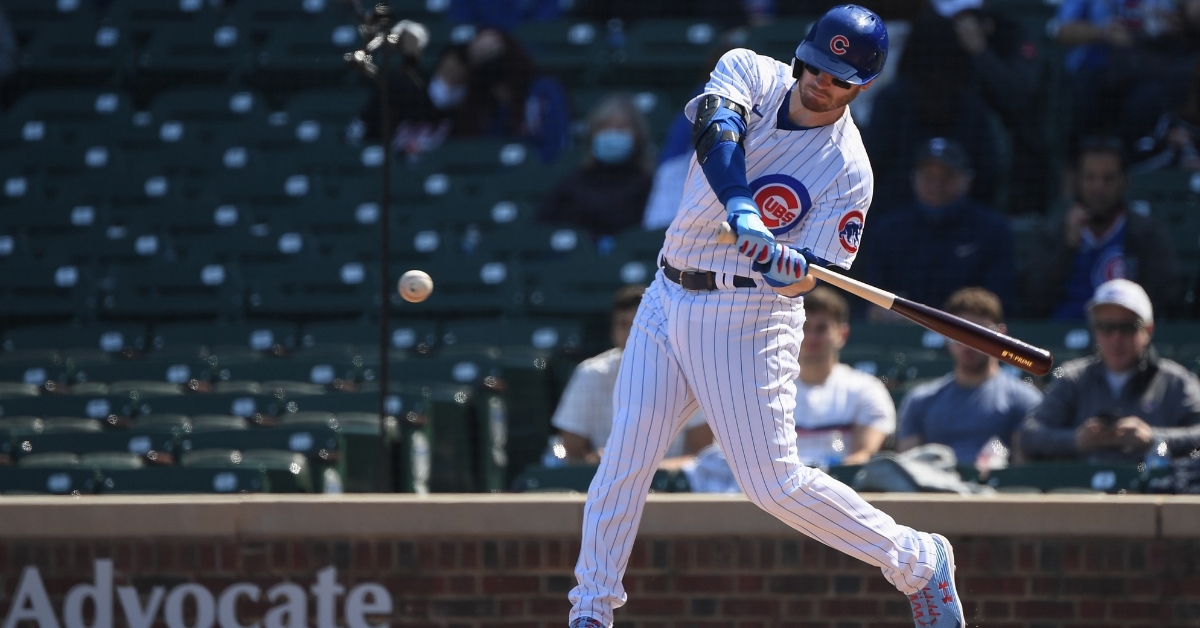 CHICAGO — Wrapping up the opening weekend of the season with a series win, the Chicago Cubs (2-1) posted a victory over the Pittsburgh Pirates (1-2) on Sunday. The Cubs used a two-run first inning to gain control of the rubber match at Wrigley Field, and the North Siders never trailed en route to winning 4-3. Zach Davies made his first start in a Cubs uniform and earned the winning decision. Ian Happ made a splash by hitting his first home run of the season.

The Cubs managed to accrue just three hits, four fewer than the Pirates, on the afternoon and were a lowly 1-for-10 with runners in scoring position. However, Chicago drew seven walks, took advantage of a costly Pittsburgh error and made the most of its two extra-base hits. The Pirates also collected a pair of extra-base hits. The Buccos drew four walks and went 1-for-5 with runners in scoring position. Both clubs struck out seven times and left six on base. In the field, the Cubs turned two double plays, and the Pirates turned one.

Davies was a free agent acquisition for the Cubs in the offseason, and he struck out five in his 5 2/3 innings of work. The right-hander walked three and gave up two runs on four hits. His only major blemish came on a two-run homer given up in the top of the sixth. Mitch Keller fanned four but received the loss in his first start of the season after allowing three runs to score on two hits and four walks in three innings pitched. Rex Brothers, Ryan Tepera and Dan Winkler earned their first holds of the season, and Craig Kimbrel notched his first save of the season.

Kris Bryant went 2-for-3 with the bat and also drew a walk. He scored one run and drove home another. The other Chicago hit came on the aforementioned round-tripper from Happ. Javier Baez and Joc Pederson garnered an RBI apiece. For the Pirates, former Cubs minor leaguer Phillip Evans started at third base in place of the injured Ke'Bryan Hayes and went 3-for-4. Colin Moran was 2-for-4 with a two-run homer in the loss. Bryan Reynolds also finished 2-for-4 at the plate for the Bucs.

Keller struggled out of the gate, giving up two runs in the first. A couple of walks led to Happ scoring on a hard-hit base knock off the bat of Bryant. The single to the opposite field was followed by a fielder's choice hit into by Pederson that scored Anthony Rizzo. Happ led off the bottom of the third with a 428-foot bomb that carried out to straightaway center field. Also in the third frame, Rizzo drew a walk and stole a base. He showed off his flexibility in the next inning by stretching out and doing a split while gloving a throw from Bryant.

Moran took Davies deep with a jack that plated Reynolds in the sixth. With former Cubs reliever Duane Underwood Jr. pitching, Kris Bryant led off the sixth with a double and scored when a burner hit by Baez flew between the legs of Evans, who was charged with an error on the play. The Cubs loaded the bases later in the inning, but Matt Duffy grounded into a 1-2-3 double play that prevented the Cubs from adding to their lead. An RBI base knock hit by Evans off Brothers scored Reynolds in the eighth. Brothers later forced Gregory Polanco to ground into a 4-6-3 double play that enabled him to escape a jam, though. Kimbrel secured the 4-3 victory by tossing a three up, three down ninth, in which he tabbed two strikeouts.

Chicago will play under the lights for the first time this season when they battle the Milwaukee Brewers on Monday, April 5. The opener of the three-game set at Wrigley Field will begin at 6:40 p.m. CDT. Making his first start with the North Siders, righty Trevor Williams will pitch against former Cubs lefty Brett Anderson. Conditions are expected to be cool, cloudy and somewhat windy.