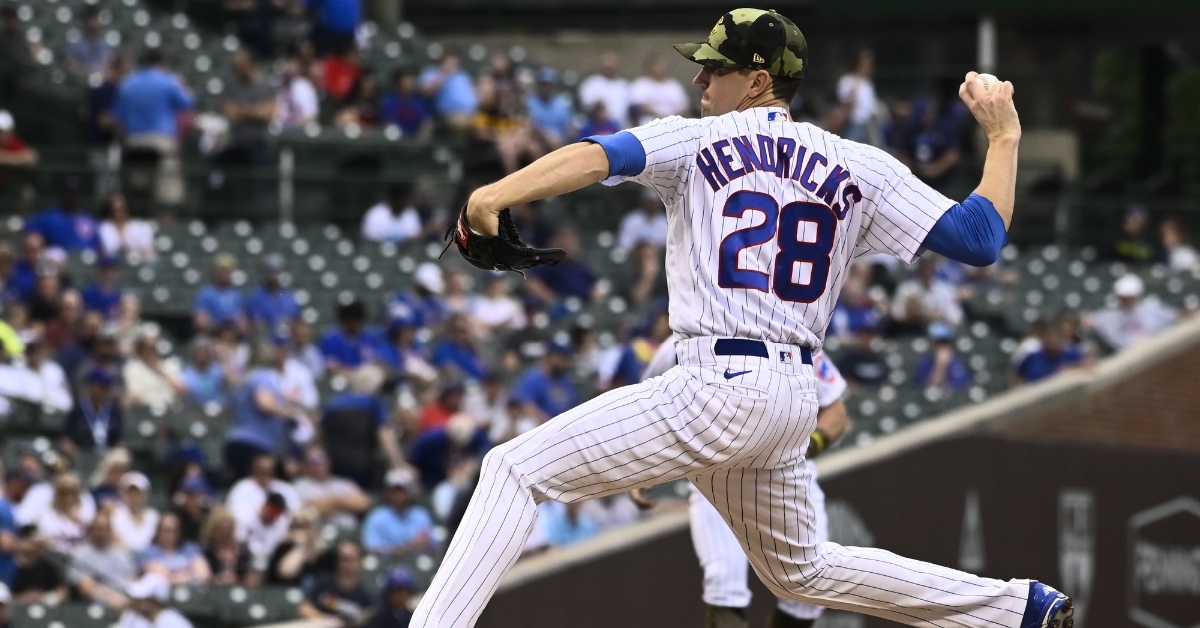 CHICAGO - On a classic day at Wrigley Field with the wind blowing out, it was a special day for the Chicago Cubs (15-23) and their fans. Friday marked the unveiling of a new statue as the great Fergie Jenkins saw a dream become a reality with a statue of him forever entrenched at Wrigley.

Through all the celebration and excitement that took place prior to the game, there was still a game to be played as the Arizona Diamondbacks (20-21) were looking to make it two in a row vs. the Cubs. With Kyle Hendricks on the mound and the wind blowing out to left at 25 MPH, he needed to keep the ball down as the weather conditions didn't play into his favor.

Opposing him was Humberto Castellanos, who faced the Cubs for the second time in a week. Expecting a high-scoring game, it was a classic afternoon at Wrigley as the two teams combined to tie the Wrigley Field record with 11 homers in one game. Seven of those 11 came from the Diamondbacks, with three from Josh Rojas. That alone was enough to give them the win 10-6.

As if the weather conditions were not harsh enough, Hendricks had to battle through significant struggles as his command in the first few innings was not good. Hendricks allowed seven runs on eight hits while also allowing four home runs in five innings. His first-inning set the tone for his outing as he wasn't getting the calls he typically gets, which led to two walks and a bases-loaded chance. Jake McCarthy cashed in with a two-run single and put the Diamondbacks up 2-0.

For the Cubs, it was a two-out rally in the second that jumpstarted their offense, with Patrick Wisdom going deep for the second time this season off Castellanos to cut the deficit in half. Following a Jonathan Villar ground-rule double, Christopher Morel stayed hot, using an RBI single to tie things up 2-2.

As expected, that tie didn't last long as the Diamondbacks started to find their stroke offensively in the third. Despite being one of the worst teams in the league offensively, Arizona does a great job in the long ball, which was on full display on Friday. After being homerless all season, Rojas erased that in the third using a solo shot to put Arizona back on top. David Peralta followed suit two hitters later, and just like that, it was a 4-2 game.

Like when the Diamondbacks scored in the first, Hendricks responded with a scoreless frame before the Cubs offense did their best to move closer. Once again, Villar found himself in the middle of that as his solo shot brought the Cubs within 4-3. That homer was also the 100th of his career, needing 1000 games to reach that feat. That 4-3 deficit was as close as the Cubs would get as the Diamondbacks continued to crush the baseball.

A one-out Geraldo Perdomo single got the fifth inning started in a positive way for Arizona before Rojas went deep for the second time in as many at-bats to make things 6-3. Like in the third, Peralta answered that homer with one of his own, and the Diamondbacks continued to build on that lead 7-3. That spelled the end of the road for Hendricks as he was done after five.

With Daniel Norris now on to pitch the sixth, the Diamondbacks continued to live off the long ball, with Alek Thomas delivering his third jack of the season to make things 8-3. One inning later, the same story with Rojas going deep for the third time in the game, with this one coming off Mychal Givens and extending the lead to 9-3.

For anyone who has watched Cubs baseball all these years, no lead is safe when the wind is blowing out. Caleb Smith was about to find that out the hard way as Morel touched him up for his second homer of the season before Ilderamo Vargas followed for back-to-back jacks making things 9-5. A Rafael Ortega single and two walks later saw the Cubs with the bases loaded only to come away empty-handed in the end.

The final pitcher of the afternoon for the Cubs was Robert Gsellman, and after a scoreless eighth inning would allow the last homer of the game off the bat of Christian Walker to make things 10-5. Trailing by five and down to their final three outs, the Cubs did make things semi-interesting with a pair of walks starting things off. However, an Ian Happ sacrifice fly would be all that came from that as the Cubs dropped their third straight game 10-6.

The Cubs had eight hits in the game, with two hits coming from Villar, Ortega, and Morel. Wisdom and Vargas added the other hits in an exciting, but long day.