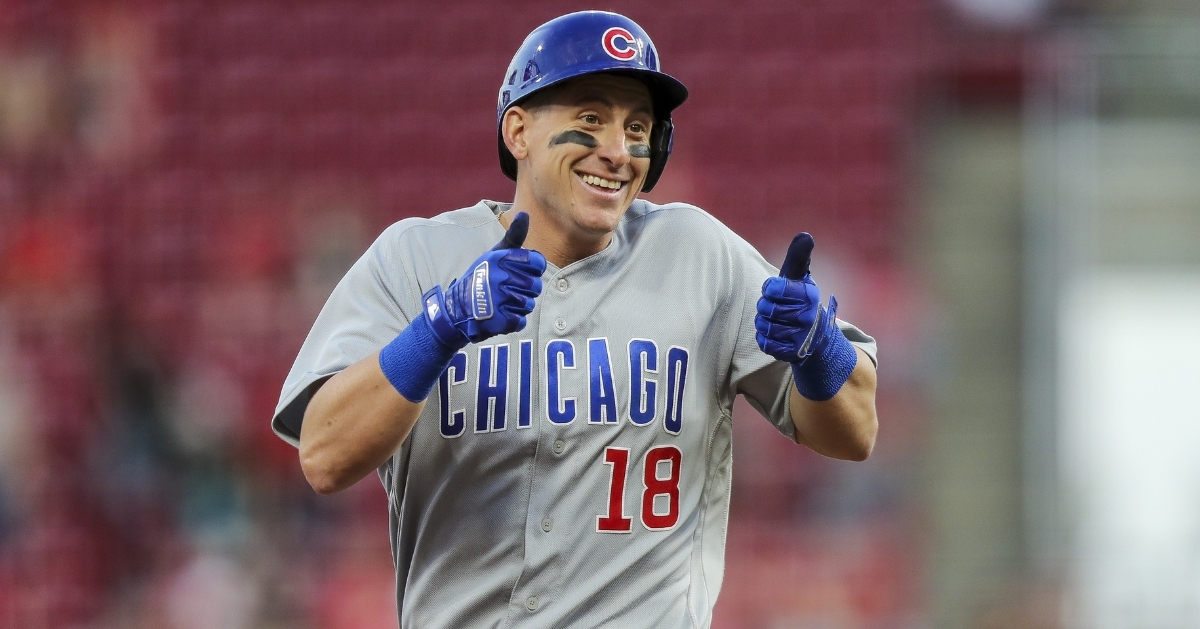 CINCINNATI - Sometimes, all it takes is one win to get your mojo back or, in this case, one team. With the Chicago Cubs (18-24) facing off against the Cincinnati Reds (12-30) in front of the Great American Ballpark crowd, you had the Cubs continue to put the season-long struggles of the Reds on display as they took down the Reds 11-4.

The win marked the third straight win for this club, but most importantly, it was a massive win for Marcus Stroman. In his second start since coming off the COVID list, Stroman was in desperate need of a win as his first season in Chicago has similar vibes to Yu Darvish minus the injuries. Although shaky early, Stroman began to settle in, allowing two runs on four hits through five innings of work. Stroman also walked two and struck out eight as his stuff has only gotten better with each start.

While Stroman was doing his thing on the mound, how would the Cubs offense fare against the Ace of the Reds in Tyler Mahle. Last season, Mahle was a tough customer for the Cubs to crack as he maintained a 2.25 ERA across four starts. Things have been drastically different for him this season, and the results continue to show as he was touched up for eight runs in less than five innings, as his ERA rose to 6.32.

Unlike yesterday that saw the Cubs get off to a slow start, the offense wasted little time putting the team in front for good. Singles by Christopher Morel and Rafael Ortega led things off as the offense was already in a good place. With Seiya Suzuki putting them in front 1-0, Frank the Tank Schwindel came through with a two-run shot as the Cubs led 3-0.

While the Cubs offense got off to a fast start, the Reds answered as Stroman was on the ropes early. On the strength of four singles across the first five hitters, Cincinnati managed to pull within 3-2 as Joey Votto and Tyler Stephenson recorded RBIs. Stroman recovered nicely to finish that inning strong, but only got stronger as the game went on.

Looking to keep things going in the third, Schwindel picked up a one-out single and then advanced to second on a Patrick Wisdom single. Three pitches later saw Alfonso Rivas come through with a much-needed hit as he cleared the bases for an RBI triple to extend the lead to 5-2. Things only got worse for the Reds as the Cubs offense came out swinging in the fifth and chased Mahle before that inning concluded.

Already with two hits under his belt, Schwindel continued to make his presence felt, going deep for a second time to make things 6-2. Not only has Schwindel started to heat up the past few weeks, but this was his first career multi-homer game.

“Being able to [hit to the opposite field] means I’m doing a lot of things right … so definitely a good day,” Schwindel said during postgame interviews. “[I’ll be] looking to build on that.”

Singles from P.J. Higgins and Wisdom followed that homer to go with Rivas walk as the Cubs had the bases loaded and no outs.

The hit parade continued for the Cubs, with Andrelton Simmons making it five consecutive batters to reach base as his RBI single extended the lead to 8-2. RBI ground-outs by Morel and Suzuki only added to that lead and capped off a five-run inning with the Cubs comfortably in front 10-2.

Generally, in a game like this, you would like your starter to go more than five innings, but at the same time, it allowed the Cubs to give the bullpen a rest as they only needed to use two additional pitchers. Brandon Hughes was the first out of the pen as he worked a scoreless sixth before handing things over to Robert Gsellman, who pitched the game's final three innings.

Gsellman was far from perfect, allowing a long homer by Naquin in the bottom of the eighth, but he still managed to limit the damage overall. Not only did the Cubs waste a scoring opportunity in the eighth, but as the ninth rolled around, it was the offense once again making noise.

With one out in the inning, the Cubs loaded the bases on the strength of a Simmons single and a pair of hit-by-pitches as the offense was in business. However, an Ortega sacrifice fly was the only run they could generate in that inning as they headed to the bottom of the ninth ahead 11-3. The Reds continued to fight until that 27th out as Colin Moran added an RBI single to make things 11-4, but it wasn't as the Cubs would win by that score.

With 15 hits, you can imagine the type of production this lineup had as Schwindel and Simmons led the way with three. Six players finished the game with double figures as Stroman earned his second win, with Gsellman earning the three-inning save.