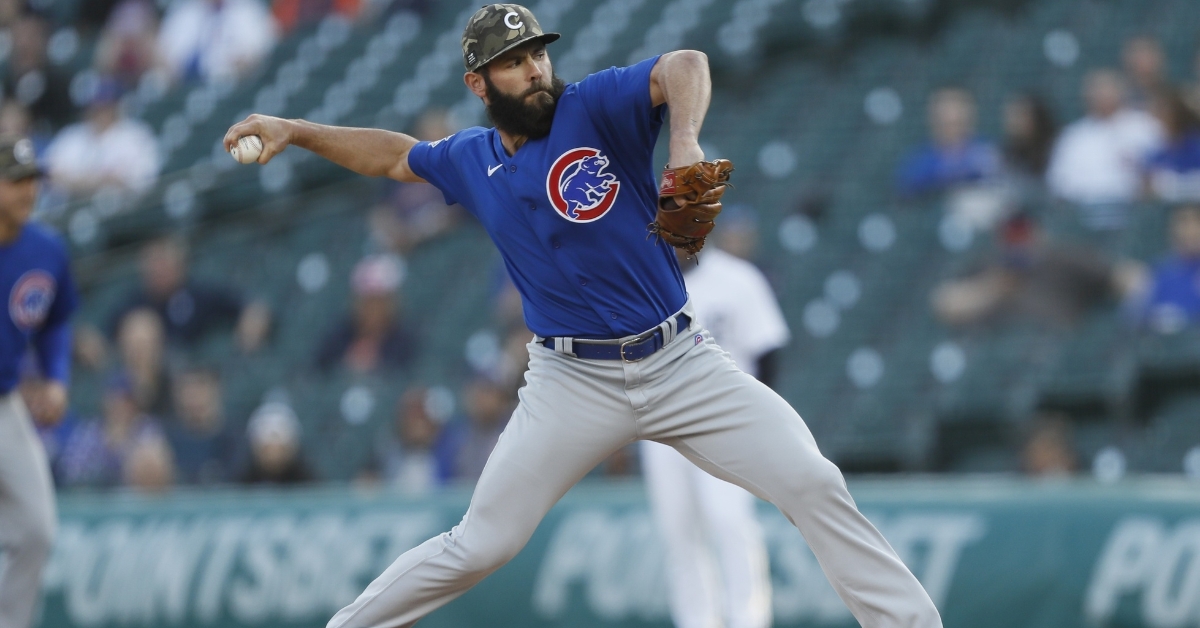 DETROIT — A dominant pitching performance contributed to a three-game losing streak coming to an end on Friday, as the Chicago Cubs (18-19) toppled the Detroit Tigers (13-25) in the opener of a three-game series at Comerica Park. Jake Arrieta returned from an injury layoff and did not skip a beat, as he pitched six solid innings and earned the win in the 4-2 Chicago victory. Tarik Skubal, on the other hand, gave up four runs on eight hits in his six frames on the mound, with Kris Bryant hitting a two-run dinger off him that put the Cubs in front for good.

David Bote and Joc Pederson singled in the second, but were left stranded at the corners when Nico Hoerner, who also made his return from an injury-related absence, grounded into a fielder's choice with two outs. Hoerner nearly laid down a surprise RBI bunt earlier in the at-bat, but the ball rolled foul near third base. With his 10th home run and MLB-leading 24th extra-base hit of the season, Bryant gave the Cubs a 2-0 lead by swatting a two-run shot to the opposite field in the third. The blast to right plated Willson Contreras, who singled in the previous plate appearance.

Jason Heyward led off the fifth with a double. Bryant drew a one-out walk, and Bryant then reached second on a wild pitch. A double hit by Anthony Rizzo to the wall in right scored Heyward and moved Bryant to third. Javy Baez then hit a broken-bat single, with the bloop hit falling in shallow center and ushering Bryant across. In the bottom of the fifth, the Tigers grounded into a third double play for the third time on the night. David Bote then struck out, and Joc Pederson grounded out to wrap up the half-inning.

During the bottom of the sixth, however, the Tigers were able to get on the board via back-to-back solo bombs off Arrieta. A round-tripper hit to left by Jake Rogers was followed in short order by a 442-foot no-doubter that flew out to right-center off the bat of Robbie Grossman. Baez was upset when what he assumed to be a foul tip was ruled a swing and a miss at a pitch in the dirt, resulting in an inning-ending strikeout with a runner on base in the seventh. The minor controversy proved inconsequential, though, as Ryan Tepera, Andrew Chafin and Craig Kimbrel went nine up, nine down in the final three frames, concluding with Kimbrel striking the side out swinging in the ninth and putting a bow on the 4-2 Cubs triumph.

Wanna see a baseball get crushed?