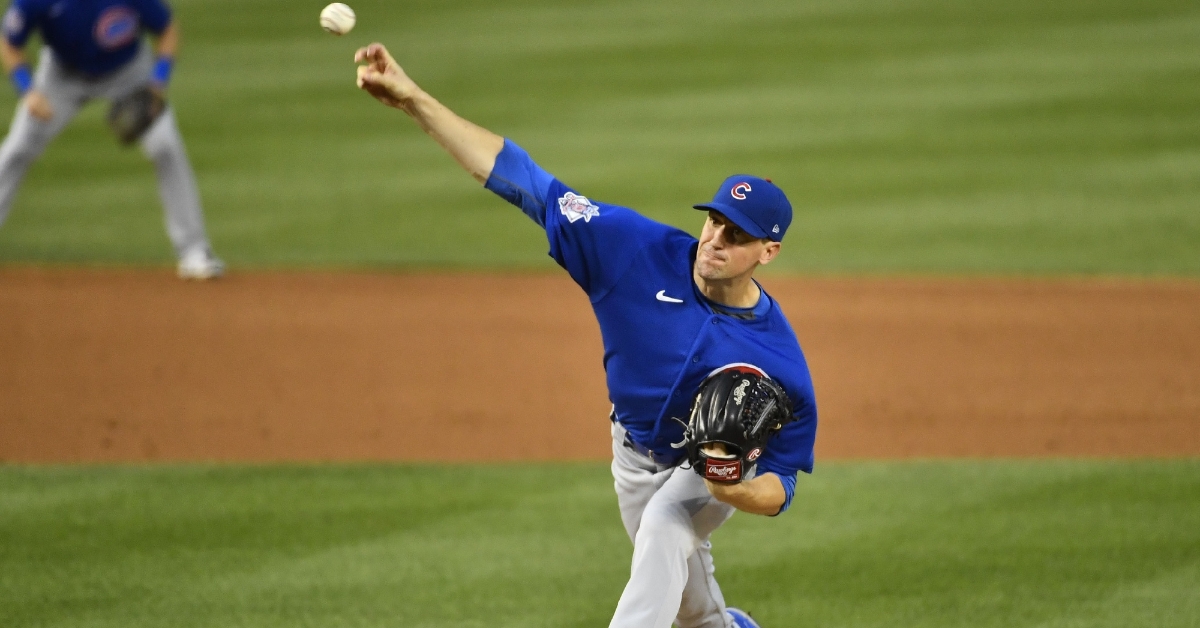 WASHINGTON — Posting their first win since the trade deadline overhaul, the Chicago Cubs (51-55) took care of business against the Washington Nationals (48-56) on Saturday night. A four-run fourth inning provided the North Siders with a 5-1 advantage, and they held off the Nats the rest of the way, winning 6-3 at Nationals Park. Kyle Hendricks pitched a seven-inning gem, giving up just one run on four hits and one walk and striking out three. On the flip side, Joe Ross, despite striking out five in 4 1/3 innings pitched, was tagged for five runs on seven hits and one walk.

Rafael Ortega led off the game with a single and stole second soon afterward. He scored on a fielding error suffered by right fielder Juan Soto with two outs, as Soto misplayed a ball hit by Patrick Wisdom. Soto evened the score by crossing the plate on a two-out double by Yadiel Hernandez. However, after second baseman Sergio Alcantara suffered a fielding error that extended the inning, Soto grounded out to end the second and leave the bases loaded.

Juan Soto misplays one in right, the @Cubs are on the board. pic.twitter.com/2zPtDhn11V

A throwing error committed by third baseman Carter Kieboom enabled Willson Contreras to reach with one out in the third, but the Cubs did not take advantage of it. The fourth-inning was a different story, as the Cubs built up a four-run lead. David Bote hit a leadoff double and scored on a one-out single by Alcantara. Andrew Romine then plated Alcantara with a double and later scored from third when Ortega belted a two-run blast out to center.

With one out and runners on second and third in the fifth, Ross was relieved by Sam Clay, who drew two straight groundouts, which prevented any runs from scoring. Jefry Rodriguez recorded two quick outs in the seventh, but a two-out rally placed the Cubs ahead 6-1. Wisdom hit a base knock that was followed by a walk of Bote. Jason Heyward pushed Wisdom across with an ensuing single. Alcantra garnered a base on balls to load the bases, but Romine then lined out.

Johneshwy Fargas was walked by Rodriguez to begin the eighth but was subsequently caught stealing by catcher Tres Barrera. Rex Brothers took the mound to begin the eighth and struggled, giving up a leadoff double to Soto before walking Ryan Zimmerman. Josh Bell hit a single that scored Zimmerman, and Luis Garcia singled to load the bases. Codi Heuer toed the rubber at that point and forced Barrera to ground into a fielder's choice that resulted in Zimmerman getting outed at the plate. Bell scored on a sacrifice fly by Keiboom, and Adrian Sanchez grounded out to conclude the frame.

Andres Machado retired the side in order in the top of the ninth, and Kyle Ryan finished the Nationals off in the bottom of the ninth. Andrew Stevenson grounded out, and Victor Robles then drew a walk. Soto proceeded to ground into a game-ending double play. In the wake of the Cubs' 6-3 victory over the Nationals, which snapped a four-game losing streak, Hendricks' record now stands at 13-4. He leads the majors with 13 wins and has won 11 consecutive decisions. The rubber match of the three-game series will take place on Sunday afternoon.