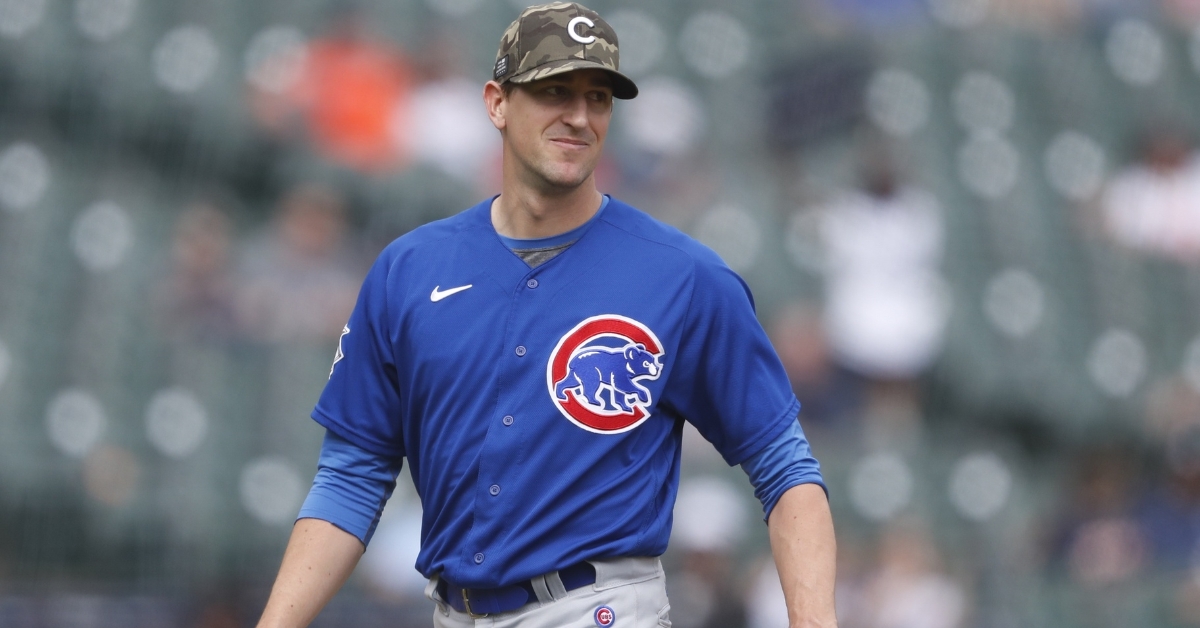 DETROIT — Schooling the Detroit Tigers (14-26) throughout his nine innings on the mound, Kyle "The Professor" Hendricks dominated in his eight innings of work on Sunday, leading the charge for the Chicago Cubs (19-20) as they won the rubber match of a three-game series at Comerica Park. Batting last in just his second game back from a stint on the injured list, Ian Happ recorded three hits at the plate, including a solo home run, and was instrumental in the Cubs defeating the Tigers 5-1.

Following a pair of singles, the Cubs turned a Nomar Mazara grounder into a 5-6-3 double play to get out the first frame. Happ singled off starter Matthew Boyd with one out in the third, and Willson Contreras was walked thereafter. Aggressive baserunning and a couple off subpar throws allowed Happ to score on what could have been an inning-ending double play. Kris Bryant hit a ground ball that Willi Castro fielded before stepping on second base and making an off-target throw to Jonathan Schoop at first base. Castro's throw pulled Schoop off the bag, and Happ, who never let up upon reaching third, scored once Schoop's throw home was high. The play was ruled an RBI fielder's choice.

Hendricks picked Castro off at first in the bottom of the third, with Rizzo applying the tag. Matt Duffy was hit a pitch to begin the next inning. A Harold Castro throwing error allowed Nico Hoerner to reach with two outs, and Happ then made the Tigers pay for the mistake with an RBI bloop double that plated Duffy. After being robbed of a hit by a diving catch made by Mazara in right field earlier in the game, Duffy reached on an infield single to begin the sixth frame. He then scored on a RBI double by David Bote, who made it to third on the throw home. A sacrifice fly by Hoerner plated Bote, and Happ followed that by taking Boyd deep with a drive to right.

Robbie Grossman doubled with two outs in the sixth but was left stranded, and the Cubs loaded the bases with one out in the seventh but failed to score off Bryan Garcia. A two-out double by Schoop went to waste in the seventh, as did a two-out two-bagger by Contreras in the eighth. Hendricks, who struck out eight, gave up a leadoff double to Eric Haase in the eighth but kept the Tigers scoreless. Detroit tallied a pair of singles off Hendricks to begin the bottom of the ninth, bringing Daniel Winkler out of the bullpen. A successful Tigers challenge prevented a double play groundout from coming to fruition, with Schoop being ruled safe at first. Harold Castro scored as a result, thus breaking up the shutout, but Winkler fanned Niko Goodrum to finish off the 5-1 Cubs victory soon afterward.