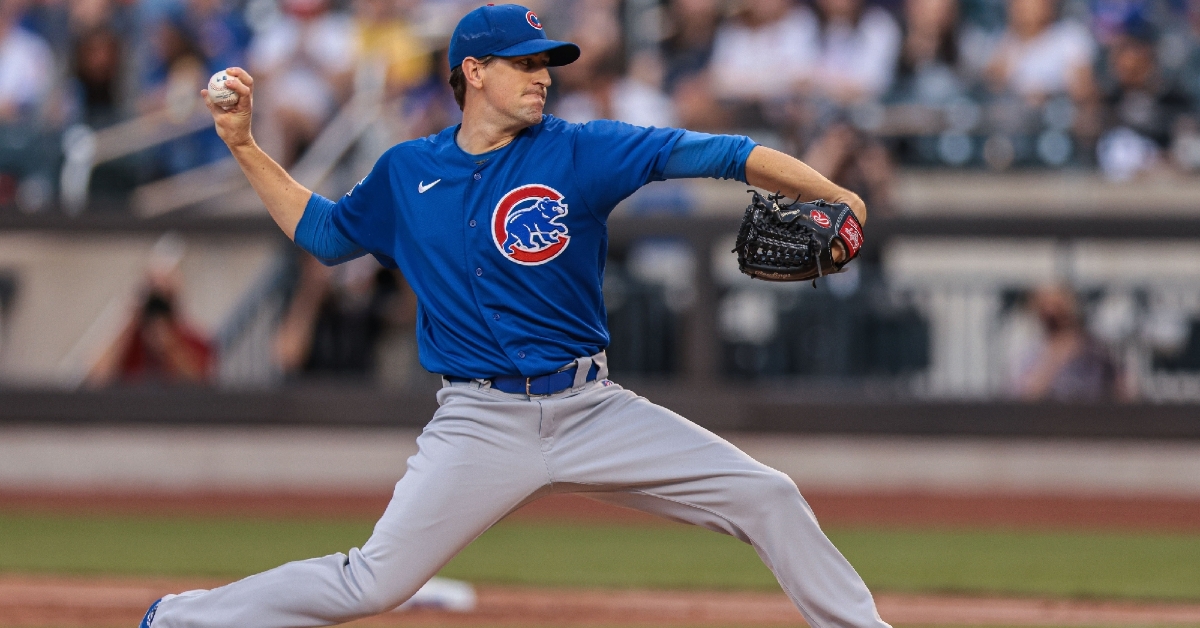 NEW YORK — A first-inning home run was all that the Chicago Cubs (39-30) needed to come away with a win at Citi Field and avoid suffering a four-game sweep. Javy Baez went yard with a two-run blast in the top of the first on Thursday, and the Cubs went on to defeat the New York Mets (35-26) 2-0. Kyle Hendricks pitched a six-inning gem, in which he struck out seven and gave up only two hits and two walks, and the Mets were shut out in a fast-paced contest that was done in under three hours and featured just six combined hits.

Marcus Stroman was solid in his seven innings of work, striking out seven and getting taken for just four hits and one walk. However, a slider he threw over the plate in the top of the first proved to be his downfall, as Baez swatted it out to straightaway center field. Kris Bryant singled prior to Baez drilling a 425-foot bomb. The dinger landed next to the big, red apple beyond the outfield wall. Jonathan Villar led off the bottom of the first with a double to deep right-center but was left stranded.

Billy McKinney hit a one-out double to deep center in the bottom of the second, but Hendricks once again kept the Mets off the scoreboard. Joc Pederson led off the top of the third with a bloop double that fell between two defenders in shallow left. The two-bagger failed to yield any runs, though. Hendricks struck out the side in the bottom of the third, and Jason Heyward went on to hit a one-out base knock in the top of the fourth. Heyward reached second on a groundout and third on a wild pitch but was not brought home.

For just the ninth time in his career, Hendricks walked back-to-back batters in the fourth, with Pete Alonso earning a leadoff walk and Dominic Smith following suit with a base on balls. Hendricks remained under control and drew a double play groundout and inning-ending groundout in short order. Pederson lofted a high drive out to deep center field in the fifth, but a leaping Kevin Pillar caught it in front of the wall. In the fifth and sixth innings, Hendricks used just eight pitches apiece in consecutive 1-2-3 frames.

Alonso went all out in recording a putout at first to end the top of the seventh. He laid out to field a hard-hit grounder off the bat of Sergio Alcantra and then lunged toward the bag and swiped it with his mitt before Alcantara reached first. Stroman was fired up over Alonso's athletic feat. Pitching on his 31st birthday, Andrew Chafin retired the Mets in order in the seventh. With Jeurys Familia pitching and Ian Happ leading off the eighth, shortstop Francisco Lindor committed a fielding error on a chopper hit up the middle.

Who knew polar bears were so nimble? pic.twitter.com/l8cNWEHjH1

Happ was outed at second on an ensuing fielder's choice, and Familia then drew a double play groundout to get out the half-inning. Ryan Tepera sat the Mets down in order in the eighth, and the Cubs went three up, three down with Trevor May pitching in the ninth. Craig Kimbrel earned the save by tallying three straight outs in the bottom of the ninth. Baez helped Kimbrel's cause by making an impressive throw to first after fielding a grounder hit by Lindor, a close friend of his, for an out. Kimbrel struck out the other two batters he faced, securing the Cubs' 2-0 shutout win and moving into 10th place all time with 367 career saves. All nine runs scored by the Cubs in the series came via the home run ball.