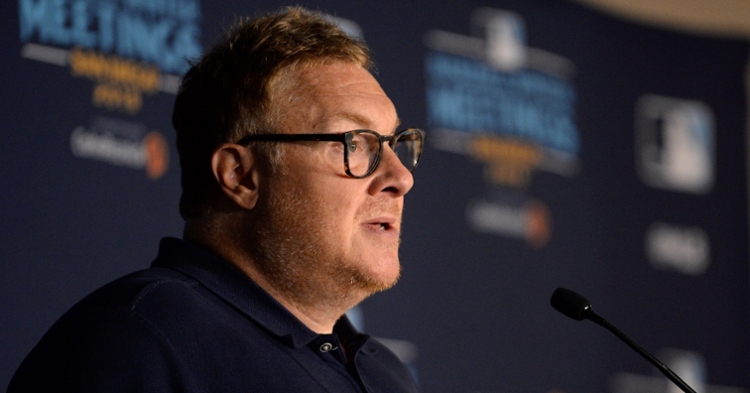 “We’re pleased to announce multiyear extensions with ‘Boog’ and JD, a tremendous partnership that was apparent from their first broadcast together last season and will only continue growing stronger in the years to come,” said Marquee Sports Network General Manager, Mike McCarthy. “The duo share not only a genuine love for baseball, but also a distinct sense of humor and quick wit, making for an entertaining broadcast all summer long.”

“I could not be more excited to continue being part of both the Marquee and Cubs families going forward,” said Sciambi. “Getting to work with my buddy JD, as well as Taylor, Elise and the entire production crew has been an absolute blast and there is nothing better than calling Wrigley Field home and broadcasting for the best fans in the game. I look forward to one day even meeting JD’s cousin Randy.”

“I’m thrilled to continue my relationship with Marquee Sports Network and the Cubs,” said Deshaies. “This has been and continues to be a dream job for me and it is a joy to saddle up alongside Boog, Taylor, Elise, our great production team, the leadership at Marquee and the Cubs, and everyone else that makes our group so special.”

Sciambi joined the network in January of 2021 after previous stints with the Florida Marlins from 1997-2004 and with the Atlanta Braves from 2007-09. Since 2010, Sciambi has served in numerous roles with ESPN, including currently as the voice of Sunday Night Baseball on ESPN Radio.

“Boog and JD have been a superb pairing for us and we’re excited to have them continue leading our game broadcasts moving forward,” said Marquee Sports Network SVP of Programming and Production, Mike Santini. “The Cubs broadcast booth has always been extremely important to Cubs fans, and we’re proud to have Boog and JD continuing this legacy.”

In their first season together in 2021, Marquee Sports Network received a Chicago/Midwest Regional Emmy Award for Outstanding Achievement in a Live Sporting Event, recognizing the network’s game broadcast on May 26, 2021, which was called by Sciambi and Deshaies, along with Ryan Dempster and Taylor McGregor.