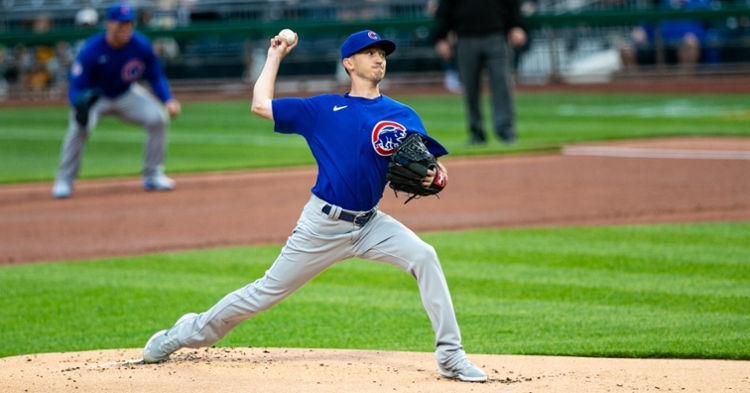 Looking to secure their second straight series against the Pirates, Zach Davies took the ball as he opposed Mitch Keller. In a rematch of last Sunday's game, won by the Cubs 4-2, it was an entirely different go around this time around.

After Kris Bryant got the Cubs on the board in the top of the first with an RBI double, it was all Pittsburgh after that. Pittsburgh sent 12 men to the plate in the bottom of the second and brought home seven runs as they scored eight unanswered runs. A Joc Pederson RBI single in the top of the eighth was the final run of the game as Pittsburgh ends their six-game losing streak in a big way, 8-2.

The kind of start Bryant needed

For the past three offseasons, one thing has been constant regarding Kris Bryant. Trade Talks. The former NL Rookie of the year and 2016 MVP hasn't been the same player since, as injury issues certainly have played a role in that. Even so, Bryant remains one of the more productive players in this lineup when healthy hence why teams have been interested in acquiring him.

With this being the final year of his contract, Bryant once again heard his name come up in trade talks again, with the New York Mets being the most aggressive. After he was reassured that he wouldn't be going anywhere, Bryant felt a sense of relief as he could now worry solely on the season ahead. Hoping for a monster 2021 to set him up for a nice payday, Bryant has gotten off to the kind of start he needed even if the batting average isn't there.

Not only does he lead the team in home runs, but he also leads the team in RBIs as his production appears to be trending in the right direction. The Cubs are hoping for more production as the season goes on, but the way he has started this season is proving to everyone that he is healthy once again. That could be huge for the Cubs' offense as the season continues.

Another extra-base hit for Kris Bryant, this time a two-out RBI double to give the Cubs the lead in the 1st against the Pirates.

When you hear the name Phillip Evans what do you think? You probably think of a journeyman third basemen who has never been able to stick in the major leagues. For the most part, you would be right about that statement, but Evans is not a bad player and will get a chance to show that with Ke'Bryan Hayes out.

Evans should also be familiar to Cubs fans as he was part of the organization in 2019, playing a pivotal role in the Iowa Cubs division title. Not only was he a regular in that lineup, but he posted some of the best power numbers on the team while playing strong defense. After landing on an MLB roster last season, Evans is getting another chance this year and is producing in a big way.

His average is near .400 to start the season, he hit his first homer of the year Saturday, and he has been hitting Cubs pitching hard the first week plus. A former teammate of many of these players at some point in the past, Evans will be a thorn in the Cubs' side all season long.

The Pirates beat the Cubs 8 to 2 tonight at PNC Park. After the game, Phillip Evans joined Robby Incmikoski to talk about the win, his hot bat and his family being in town to catch his big night. pic.twitter.com/LAZqePbTdp

In his first start of the season against Pittsburgh, Davies was lights out through five innings, holding the Pirates scoreless while needing just 67 pitches to take care of them. Then came the sixth inning, where Davies retired the first two hitters before being unable to finish the job. He was eventually tagged with two earned runs as his command wavered, and contact worsened.

Davies got off to a similar start tonight against Pittsburgh, needing just nine pitches to send them down in order in the first. Like in his first start, the second inning saw his command worsen as the Pirates started making tons of hard contact against him. In total, the Pirates would send 12 men to the plate in that inning, pushing across seven runs in the process.

Davies was charged with all seven earned runs as his ERA rose to 11.50 in the process. For a pitcher who is being counted on to fill the shoes left by Yu Darvish, this was not the kind of start the Cubs want to see out of him. Davies has had his fair share of success against Pittsburgh but has also had a share of troubles.

Pittsburgh certainly seems to have been able to figure him out, at least in two of the last three innings. Ironically, in those two innings, he was charged for nine earned runs which amount to all the earned runs he has given up this season.

Tonight is the shortest outing of Zach Davies' career and the 4th time in 125 big-league starts that he has allowed a career-high 7 ER in a start.