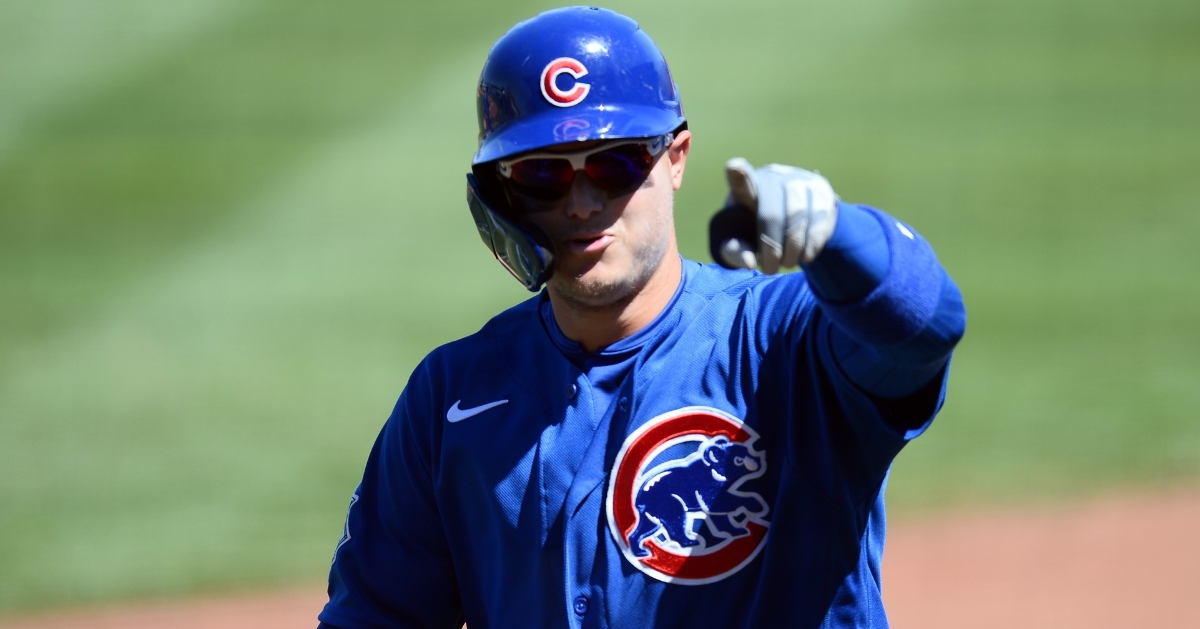 In their final road contest of the spring, the Cubs sent Jake Arrieta to the mound as he looked to have things right where he wanted for the start of the regular season. An impressive showing all spring long, led to his worst outing of the Spring on Sunday as Arrieta was roughed up, allowing four runs on five hits in just 2 2/3 innings despite striking out four.

That early run support was more than enough to back Kohei Arihara as the Cubs rallied late only to fall 12-8 at the hands of the Rangers. Arrieta has been sharp most of the spring, but he immediately ran into trouble in the first inning, needing a double-play ball to get him out of a jam. However, in the second inning, he wasn't so lucky as the Rangers plated six runs, four of those tagged to Arrieta with Juan Gamez receiving the other two. Joey Gallo delivered the big blow as his three-run homer made things 6-0.

In a rare position of not only trailing early but trailing big, Joc Pederson took it upon himself to bring the Cubs back, belting his spring-leading eighth home run to make things 6-2. An Adolis Garcia RBI double followed by a Ruben Tejada RBI gave those two runs right back as the Rangers were now in front 8-2. This was the point when the Cubs started to get back into the game as Jason Adam, Brad Wieck, and Dillon Maples all tossed scoreless frames allowing just one hit to go with seven K's.

Patrick Wisdom continued his strong finish to the spring as a fifth-inning RBI double made things 8-3. Chicago continued to rally in the seventh when Abalito Avelino belted his second homer of the spring to make things 8-4. With runners on second and third, Brennan Davis picked up a sacrifice fly to make things 8-5 before Wieck trotted home on an error to bring the Cubs within 8-6. Avelino continued his superb game as an eighth-inning RBI single brought the Cubs within one before an error allowed Christopher Morel to score, tying things up at 8-8.

Looking to send the game to the ninth inning all tied up, Chicago turned to James Norwood in relief. Unfortunately, Norwood's command was not where it needed to be, as he ended up walking three batters in just 2/3 of an inning. Ultimately, that proved to be the Cubs undoing as Texas brought home four runs in the bottom of the eighth to pick up the 12-8 win.

With the loss, the Cubs fall to 14-9-4 on the spring and cap off their Cactus League schedule against the Arizona Diamondbacks at Sloan Park.

Cubs loaded in the minors

The major league season will begin on Thursday, April 1, while the Minor League season must wait a little bit longer. As of now, their start date is May 4 as all four levels are set to play 120 games, give or take any bumps along the way.

Although the Cubs farm system may not be what it once was, it has certainly improved in recent years and could take significant strides this season. Taking the prospects out of the equation for a minute and the Cubs may some of the best overall depth of any team in major league baseball.

Several major league caliber players will begin the season in Iowa and will eagerly await a call to the majors at some point. Having depth is always a good thing, but the Cubs have so much depth it is sickening. Things will be fun to watch in the minors all season long as fans can expect plenty of moving parts this season.

The Chicago Cubs have signed Cameron Maybin to a minor-league contract. #Cubs pic.twitter.com/0tFEn6VGap

Although it is only spring training and stats don't matter, Joc Pederson leads the Cactus League in home runs and, from all accounts, should end up the Cactus league home run king this spring. For much of his career, Pederson has shown the ability to mash plenty of long balls but has been stuck in a platoon role as he has never been given a chance to hit lefties.

This season will be much different as he will be given a chance to hit lefties and take on an everyday role for the first time in his career. Pederson also made some minor tweaks with his swing, and that has undoubtedly paid off all spring. While it is unclear what those tweaks are as he hasn't gone into detail about it, Pederson appears ready to bust out in a big way.

While it was announced that Matt Duffy and Eric Sogard would round out the Cubs bench, Rex Brothers was also added to the opening day roster giving the Cubs another leftie out of the pen. However, there are still some spots up for grabs, and by my count, it seems as if two bullpen spots are unaccounted for.

With this in mind, David Ross will pull out all the stops in the Cactus League finale as he will use everyone who is buying for one of those spots. While their final performance will undoubtedly have a lot of say as to what he decides to do, Ross will also base his decision on what they have done the entire spring.

No matter what he decides this week, look for things to change monthly as not only will injuries play a part but also rest. The Cubs have options galore as they spent the last few offseasons bulking up pitching help. Now is the season it will pay off, considering many pitchers will be on innings limits this season.