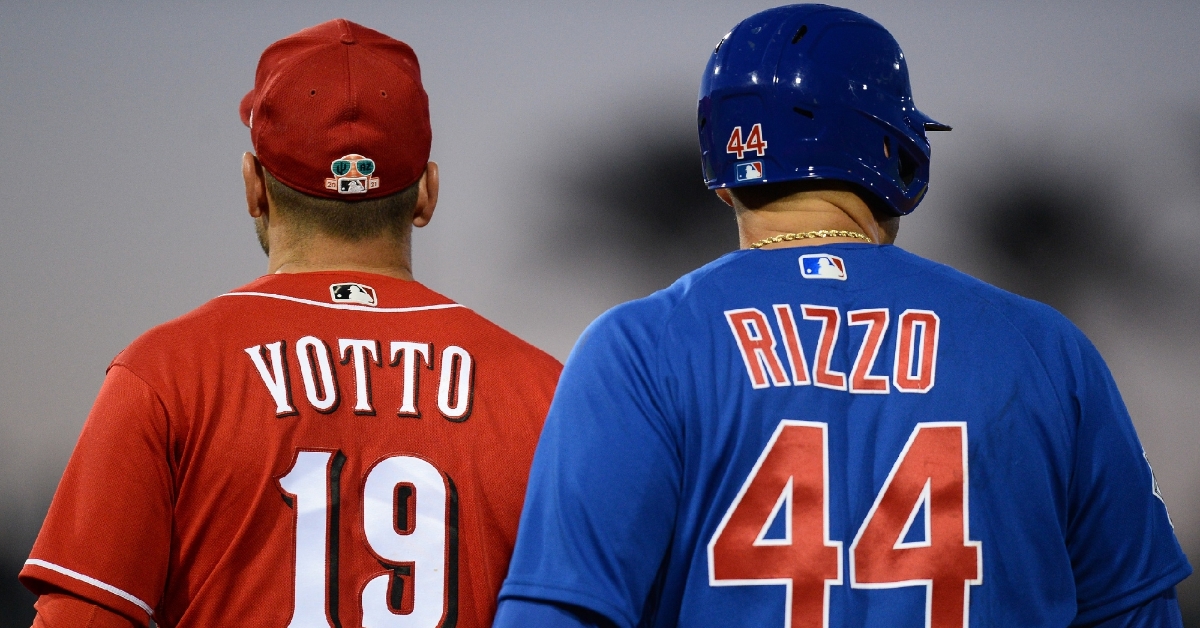 Prior to the Cubs Spring Training game with the Reds on Saturday, David Ross was met with some tough roster decisions as he looks to have things in order by Thursday. Some of the decisions made a ton of sense, some were questionable, and some were so surprising that no one saw them coming.

Regardless, the Cubs still had a job to do and a game to play as Shelby Miller took to the mound for his final start of the spring. Despite posting great numbers all spring long which continued Saturday, going three innings and allowing just one earned run to go with four strikeouts, Miller was optioned to Iowa earlier in the day, where he will begin the season. His outing had him finish the spring with a 1.50 ERA was given an early lead as the Cubs moved to 14-8-4 with the 6-3 win.

The long run of the night Miller allowed came right away in the bottom of the first when Jesse Winker led things off with a leadoff home run for the 1-0 lead. Not only was that a rare run given up, but it was the first homer Miller gave up all spring as he continued to pitch exceptionally well. From that point on, it was all Cubs as they managed to get to Ace Luis Castillo chasing him after just 4 1/3 innings and putting two of their six runs on the board off him.

Still trailing in the third, Nico Hoerner delivered his first of what was a two-RBI night for him. Much like Miller, Hoerner has had a great spring, and nearly everyone felt he would lock down the second base job out of camp. Unfortunately, that will not be the case as he, too, is headed to Iowa. This could end up being like a Kris Bryant 2.0 as he can return to Chicago after 36 days for the Cubs to gain that extra year of service time with him.

His RBI single in the third brought home Rafael Ortega to tie things up 1-1, while his fifth-inning RBI groundout gave the Cubs the lead for good, and they never looked back. Following the outing from Miller, Joe Biagini, Brandon Workman, and Rex Brothers tossed scoreless frames allowing just one hit in the process. With Anthony Rizzo providing an RBI double in the seventh, the Cubs now led 3-1 as the Reds rough spring continued.

Trevor Megill's excellent start to the spring has been long forgotten as he has been roughed up in his past few outings. A seventh-inning homer by Jonathan India off him cut the lead to 3-2 and saw his ERA rise to 4.32 on the spring. Holding a one-run lead heading to the night, the Cubs were looking for some insurance runs as they tried to pick up another win.

Miguel Amaya came through with the first of those runs as his RBI double proved to be the game-winning RBI giving the Cubs a 4-2 lead. Later that inning, it was time for Patrick Wisdom to come through as his two-run shot was the second homer of the spring for him and the Cubs now led 6-2. A Tyler Blandino single off Ben Holmes in the bottom of the ninth made things 6-3, but that was as close as they would get with the Cubs winning again.

Chicago will take to the road the final time this spring when they travel to face the Texas Rangers. This will most likely be the last game for most regulars as the team gets set to head to the Windy City.

After it was announced that Hoerner would be heading to Iowa, lost in the shuffle was David Bote as he was awarded the starting second base job. Joining him will be Eric Sogard and possibly Ilderamo Vargas, as they will provide plenty of utility off the bench.

Much like Hoener, Bote has had a great spring, but you could say that about all four-second base candidates as they all hit north of 300. On the other hand, Bote makes sense to start at this point as the Cubs need to figure out his place on this roster.

After signing a long-term extension before the 2019 season, Bote has primarily been a super Utility infielder seeing most of his time at second and third base. Although he has never been a regular player, he has produced at the plate averaging one RBI every 5.07 at-bats. That is a better average than both Kris Bryant and Rizzo, so there is something to be said there. Bote will not only be given a chance to be an everyday player, but the Cubs will find out soon enough if he could be in their future plans depending on what happens in free agency next season.

Adbert Alzolay, not Alec Mills, named the No. 5 starter

When spring training got underway, Ross announced that Alzolay, Mills, and Miller would all be given an opportunity to win the final spot in the rotation. While I am a bit surprised to see Miller not get the nod when you look at the spring he had, I am more surprised to see Alzolay beat out Mills, given both struggled this spring.

Neither one of them had a great spring, but Mills came into the spring out of options and with more starting experience. That essentially makes him a lock on the team in some role. Alzolay was roughed up in his first three outings and then spend the next two weeks pitching in B games, trying to make adjustments. Those adjustments paid off as he looked as good as ever against the Dodgers Thursday night which could be why Ross chose him to be starter number 5.

Alzolay had an option year left on the table, and essentially the Cubs could have sent him down to use it. However, with the minor league season on hold until May 4th, that may have hurt Alzolay as he wouldn't have seen action until after that point. Adding him to the roster now gives the Cubs a chance to see how good he can be while moving Mills to the pen where he can be a swingman. Knowing Alzolay will have an innings limit this season, Mills will get his chances to start and will be a critical piece for Ross.

What roster moves are left for Ross to make?

With Hoerner, Brad Wieck, Pedro Strop, Megill, Miller, and Ortega all assigned to minor league camp, Cameron Maybin was also granted his release as the Cubs roster now stands at 31 with two games to go. Needing to get that down to 26 before April 1, Ross has 17 pitchers (2 non-roster invitees) and 14 position players (three non-roster invitees) left in camp.

While the hitting seems set at this point, look for P.J. Higgins to open the season on the major league roster with Austin Romine continuing to nurse his sore knee. Sogard should also make the opening day roster leaving the Cubs with four outfielders (Joc Pederson, Ian Happ, Heyward, and Jake Marisnick). Two Catchers in Willson Contreras and Higgins and seven infielders (Bryant, Javy Baez, Rizzo, Sogard, Bote, and Vargas as their offense seems set.

Pitching is where Ross still has plenty of decisions to make as he must decide which four guys to cut at this point. With Rowan Wick still on the IL and Kyle Ryan set to open the AAA season, Ross has two fewer decisions to make, but still, things won't be easy. Brothers to me has earned a spot in this bullpen as a left-hander as he continues his fantastic spring.

Fellow non-roster invite Ryan Tepera has also looked good since returning to the club as he two may have done enough to earn a spot. With Five starters, Mills, Workman, Craig Kimbrel, Andrew Chafin, Bothers, and Tepera, that makes 11 of 13 spots accounted for in the pen. Dan Winkler and Jonathan Holder have shown some promise, as has others at camp.

Once again, Dillon Maples will be considered for a spot after showing an improved windup and better command this spring. He was hit hard, but the command is always an issue for him and to see it greatly improved is a plus. Look for these 31 players to get plenty of looks the next two days as Ross pieces together the final few places for opening day.