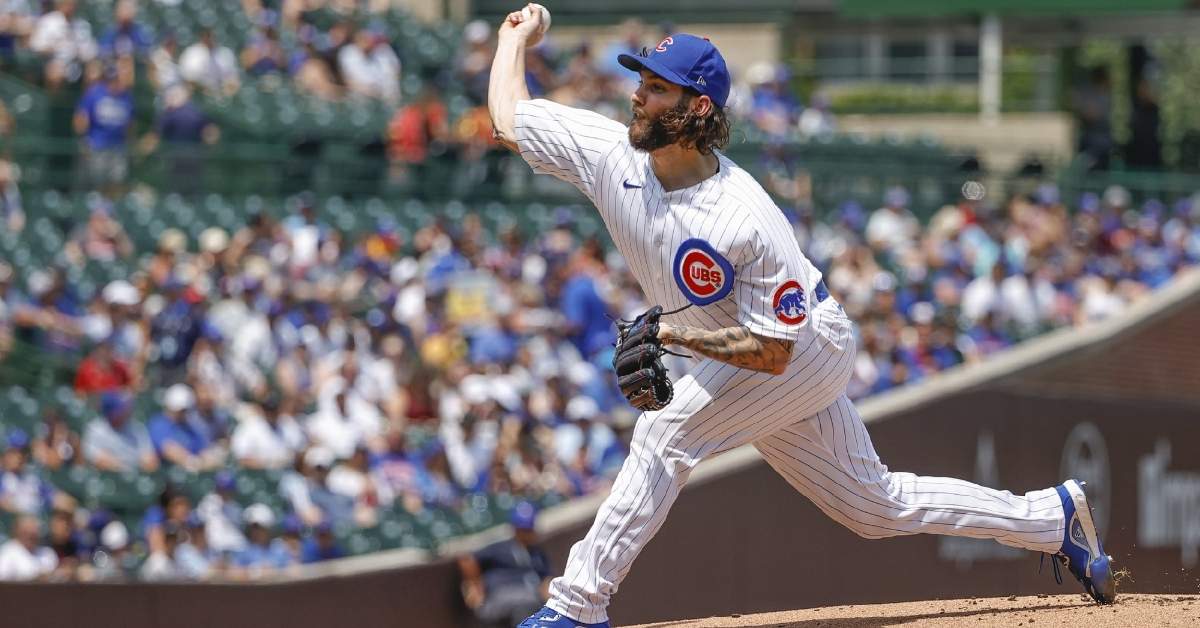 CHICAGO — With his longest outing of the season, Trevor Williams pitched 6 1/3 scoreless innings, in which he struck out six, and collected the winning decision — his first since May 26 — for his efforts. The Chicago Cubs (49-51) downed the Arizona Diamondbacks (31-70) in Sunday's rubber match, posting a 5-1 victory behind three home runs. As a result, the North Siders took 2-of-3 in the series at Wrigley Field and won the six-game season series with the D-backs 4-2. Kris Bryant and Anthony Rizzo skied back-to-back dingers in the first, and David Bote, who returned from a lengthy absence, belted a bomb of his own in the fourth.

Pavin Smith hit a double with one out in the top of the first but was ultimately stranded at third. Former Cubs prospect Caleb Smith started on the bump and was roughed up out of the gate, as a leadoff walk of Willson Contreras was followed by Bryant hammering a two-run jack out to center. The ensuing at-bat saw Rizzo go yard, moving him into sole possession of sixth place on the Cubs' all-time home run leaderboard. Rizzo's 407-foot solo blast sailed out to right, giving Williams, who proceeded to strike out the side in the second, an early 3-0 lead to work with.

Daulton Varsho was the D-backs' top offensive performer in the series. After starting at catcher for the first two games of the series, Varsho started in center field on Sunday. He led off the game by popping out but hustled for an infield single with two outs in his next at-bat. The base knock was part of scoreless third frame. Bote was activated off the 10-day injured list before the game and made his first appearance since he suffered a shoulder separation May 29. Starting at third on the afternoon, Bote hit his first home run since May 28 when he walloped a two-run dinger with two outs in the fourth. The 405-foot shot to left-center plated Patrick Wisdom, who drew a one-out walk earlier in the inning.

The Cubs led 5-0 in the wake of Bote's bomb and maintained their lead the rest of the way. Bryan Holaday hit a two-out double in the top of the fifth but did not score. Contreras drew another walk in the fifth and was credited with a steal when Smith's throw to first was dropped, preventing a potential rundown from taking place. Smith escaped the inning without giving up any additional runs, though, with left fielder David Peralta making a fantastic catch in foul ground while falling over the partition and into the stands. The defensive feat outed Anthony Rizzo and ended the fifth frame.

Peralta pulled off another nice catch when he hauled in a sliding grab to prevent Javy Baez from leading off the bottom of the sixth with a hit. Kole Calhoun and Peralta singled off Williams in the seventh, and a pitching change was made with one out, as Ryan Tepera emerged from the bullpen. Contreras fielded a dribbler hit by Nick Ahmed out in front of the plate and threw to first in time. With runners at second and third, Tepera forced Holaday to pop up onto the infield for the third out.

A squandered bases-loaded opportunity prevent the Cubs from putting the game all but out of reach in the bottom of the seventh. Jake Faria began the half-inning by walking Bote and Nico Hoerner. Rafael Ortega then tallied a bunt single to load the bases with no outs. A tapper off the bat of Contreras resulted in a force out at home, and Bryant struck out after that. Joe Mantiply relieved Faria at that point, and Rizzo smacked a screamer that caromed off Contreras, who was called out as a result.

Adam Morgan took the mound to begin the eighth and issued a leadoff walk to Stuart Fairchild in a Morgan-Fairchild matchup that soap opera fans tuning into the game surely appreciated. Following a Varsho strikeout, Smith reached on a high chopper hit between first and second, which was scored as an infield single. Daniel Winkler then replaced Morgan on the mound and walked Eduardo Escobar. Like the Cubs in the previous inning, the D-backs failed to score after loading the bases. Winkler fanned Calhoun and drew a ground ball off the bat of Asdrubal Cabrera, who made a couple of great defensive plays at the hot corner on the day, that resulted in the third out.

Jake Marisnick singled off Riley with two down in the eighth, but Bote then missed out on his chance at hitting another two-out jack, as he flied out and finished the contest 1-for-3. Dillon Maples walked Peralta to kick off the ninth, and Peralta made it to second on an ensuing groundout by Ahmed, with Bote charging the slow roller and firing an impressive throw to first.

In the eighth, Baez appeared to suffer a lower body injury of some sort when he ran through the bag on a close play at first. He fell down and was briefly in pain but was not removed from the lineup after the groundout. Instead, he gloved a difficult catch to possibly prevent Josh Reddick from possibly getting on base in the ninth. Reddick's lineout gave way to an RBI single hit to right-center by Andrew Single, with Peralta scoring from second on the play and preventing the D-back from getting shut out. Maples proceeded to walk Varsho, bringing Craig Kimbrel into the game with a save on the line. Kimbrel faced just one batter, as Smith flied out to finish off the Cubs' 5-1 win.