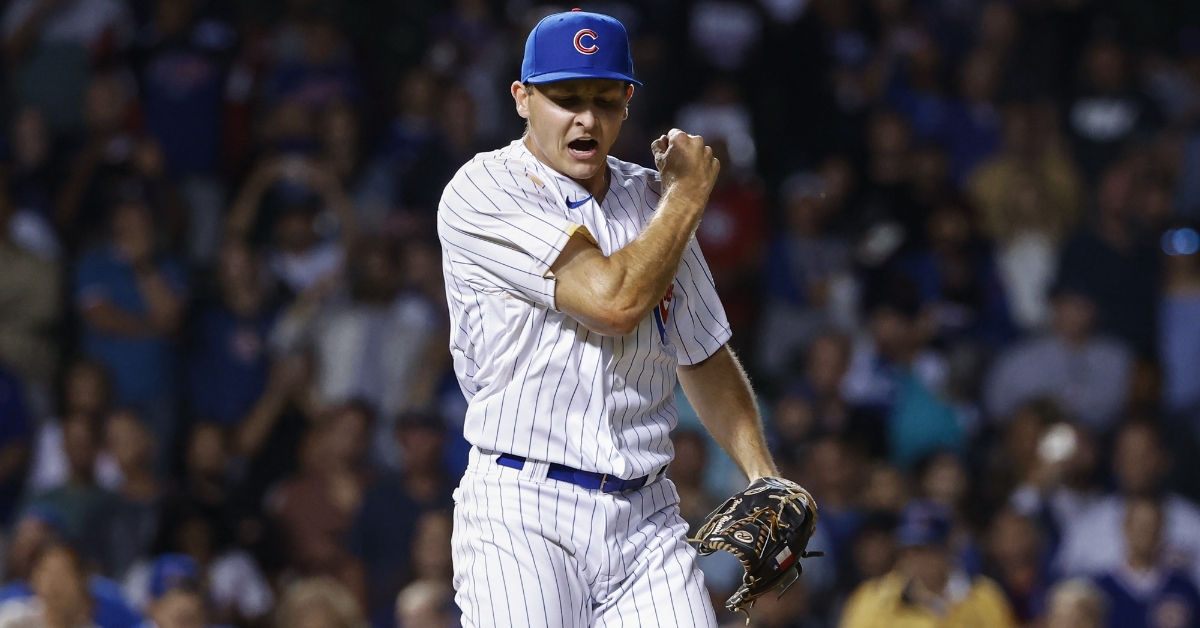 CHICAGO - The Chicago Cubs (57-78) had a very busy day on Tuesday as they returned home to Wrigley Field for the first of a six-game homestand. Under the old September call-ups rule, the Cubs could add upwards of 15 players to their roster for the final stretch run. That is no longer the case, as teams can only add one or two players to their roster, which makes things a lot trickier.

However, before their game with the Cincinnati Reds (53-80) on Tuesday, there were many moving parts to their roster as the team went through many changes. First, Willson Contreras was placed on the IL as he continues to deal with an ankle injury. In his place comes Michael Hermosillo, who was tearing it up in AAA.

The second move revolved around Justin Steele as he had to be placed on the IL as he was dealing with a lower back issue. Taking his place and making his first start since June was Wade Miley, and you could see a little rust in what was otherwise a strong showing. Miley lasted just four innings and served as a lengthy opener as the left-hander was charged with three earned runs, but did come away with six strikeouts.

However, the biggest story on the night came from Hayden Wesneski as the highly regarded pitching prospect made his MLB debut.

Not only did he collect the win in his first appearance, but he was dominant as he gave the Cubs five scoreless frames of two-hit ball, with one walk and eight strikeouts. Not only that, but his line made him the first pitcher since 1901 to post numbers like that for your first career appearance as the Cubs took care of the Reds 9-3.

Welcome to The Show. pic.twitter.com/rPiw8rbcKf

Miley was immediately in trouble to begin the game as a leadoff walk to Jonathan India followed by a fielders choice put a pair of runners on. That brought Kyle Farmer to the plate, who was responsible for all three RBIs, with the first two coming on an RBI triple that put the Reds in front early 2-0. Farmer was ultimately left stranded at third in what could have been a bigger inning.

Give the Cubs a ton of credit for how they battled back as Ian Happ cut that deficit in half with a homer in the bottom of the first, and the Cubs were just getting started. With Farmer coming to bat for the second time in the third inning, Miley couldn't get him out as he connected for the solo homer to extend the lead to 3-1. That would be all for the Reds offense as it was up to Justin Dunn to keep the Cubs offense in check.

He did that for the better part of four-plus innings, but after Seiya Suzuki took him deep to tie the game up 3-3 in the fifth, the Reds were forced to go to their bullpen, and that is never a good time.

Now with the game tied and Wesneski in the game, it was the right-hander's game to win as he was flat-out cooking on the mound. His mix of control, changing speeds, and keeping the hitters guessing was a masterpiece and showed the Cubs fans what things could be like once he is in the rotation.

Reiver Sanmartin was called on to pitch the sixth inning, and he struggled with his command as he walked three batters in that inning. Two of them came around to score on what would be the game-winning single from Nick Madrigal as the Cubs took their first lead of the game, 5-3. The Cubs continued to build on that lead in the seventh inning, with Franmil Reyes leading things off with a single while Nico Hoerner was hit by a pitch to put two runners on.

Two batters later saw PJ Higgins work a walk to load the bases while Christopher Morel cashed in with an RBI single to make things 7-3. That was followed by two more walks to Madrigal and Suzuki, with Suzuki picking up another RBI to make things 8-3. Chicago capped off the scoring in the eighth inning when Hoerner led things off with a triple before coming home on the Rafael Ortega sacrifice fly as the Cubs were in front 9-3.

After tossing four no-hit innings to begin his career, David Ross stuck with the Rookie right-hander and gave him the opportunity to finish things off. You could see a little fatigue setting in as he allowed his first hit to Spencer Steel which was a double, before Aristides Aquino picked up a single to put runners on the corners. Those runners would not come home as Wesneski zoned in and retired the final two hitters via strikeout to cap off a fantastic MLB debut.

Wesneski and Miley combined to walk three hitters while striking out 14 as they brought the power on the mound. Offensively, the Cubs were led by Madrigal and Hoerner, who had two hits, but Suzuki led the way with three RBIs.