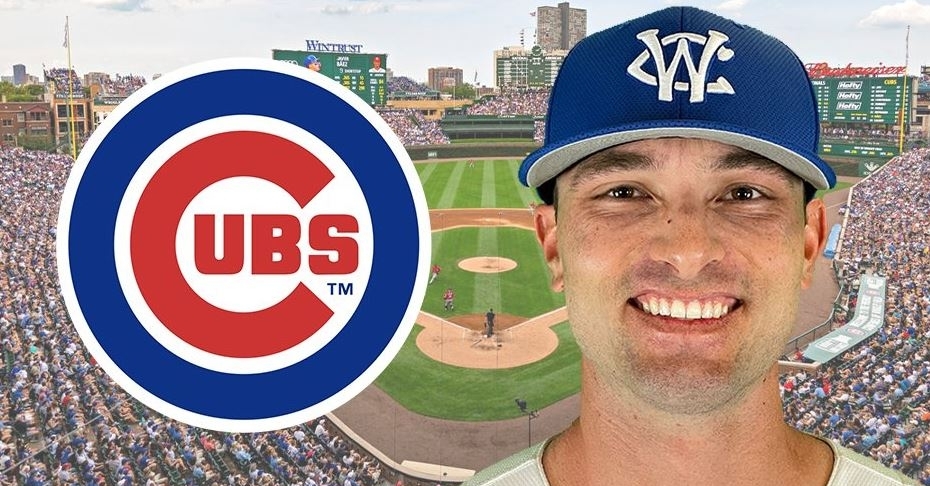 The Windy City ThunderBolts have announced that the contract of pitcher Kyle Johnson has been sold to the Chicago Cubs.

Johnson was a member of the ThunderBolts bullpen during the 2021 season and appeared in 29 games. He finished with a 2-1 record and a 4.60 ERA with one save. Johnson was dominant to start and end the season. He did not allow a run in his first five appearances and he closed the year with three straight scoreless outings.

This will be Johnson’s second stint in affiliated ball. After a four-year collegiate career as a hard-hitting outfielder at Purdue, he was signed as an undrafted free agent by the New York Yankees to be a pitcher. In parts of three seasons with the Yankee organization, he appeared in 25 total games and produced a 1.69 ERA.

Johnson is the third member of the 2021ThunderBolts pitching staff to be signed by a Major League organization. He joins Cole Bellair (Twins) and Justin Miller (Brewers), who were both picked up during the season. He is the first ThunderBolt to be signed by the Cubs since Tommy Nance in 2015. Nance reached the Major Leagues in 2021 and appeared in 21 games out of the Cubs bullpen. In all, 65 Windy City players have been signed to Major League organizations since 1999.

Congratulations to Bombers Pitcher, Kyle Johnson on being signed by the Chicago Cubs in the MLB! ?? #CWL2022 #ReachNewHeights pic.twitter.com/pvWahmv9BZ