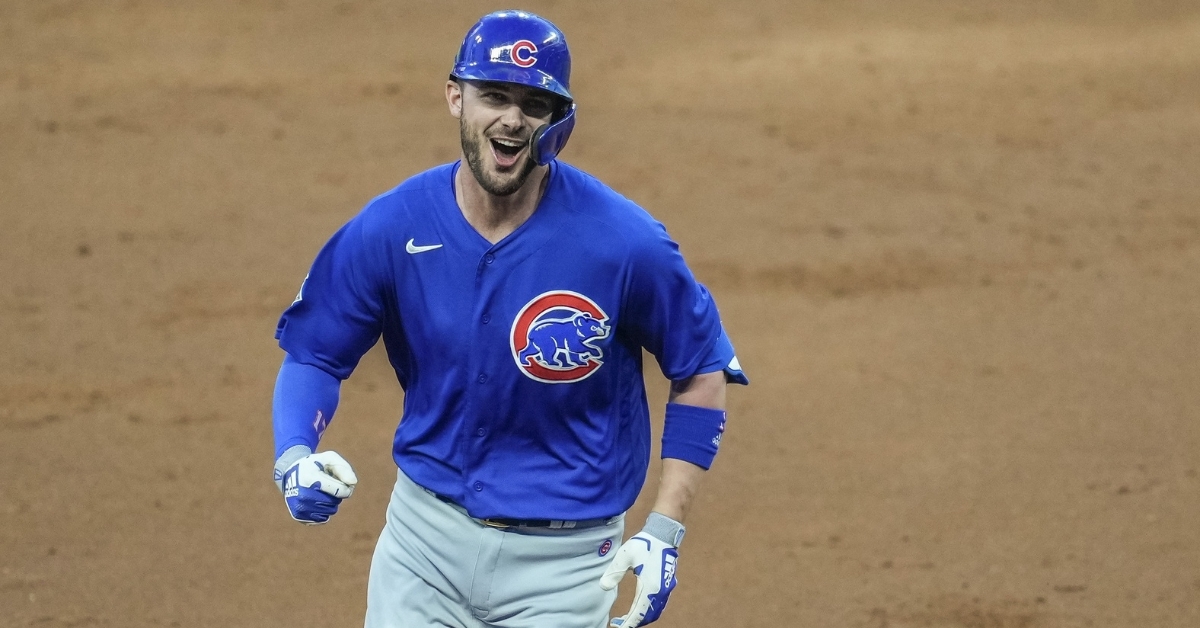 Unfortunately for him and the ball club, he is out of the lineup tonight against the Braves because of right bicep inflammation.

“I’m going to try to rest him," Ross said to the media during pregame. "He’s available off the bench to hit. But I’m going to try to stay away from him and see if we can calm that bicep down a bit and see how he presents tomorrow.”

Ross said that Bryant has been dealing with the injury issue for about a week and hopes that the day off will help it calm down.

Bryant will be getting treatment and is available to pinch-hit tonight according to Ross. Matt Duffy is getting the spot start at third base in Bryant's absence.

He has been sizzling with a .333 batting average in the last seven days including the grand slam on Monday.