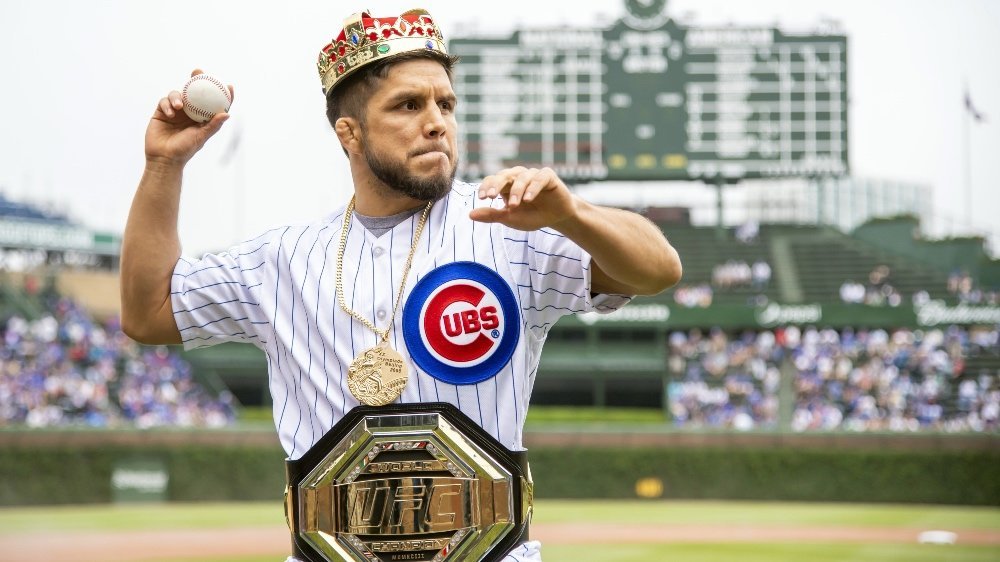 With UFC 238 set to take place at the United Center in Chicago, Ill., this Saturday, current UFC flyweight champion Henry Cejudo threw out the first pitch prior to Thursday's game at Wrigley Field between the Cubs and the Colorado Rockies. Sporting a gaudy outfit that made him resemble the Burger King mascot, Cejudo donned a crown on top of his head, a large medallion around his neck and his UFC championship belt around his waist. Despite being weighed down by the excess bling, Cejudo was able to successfully hurl his pitch from the mound to the plate.

In addition to Cejudo making an appearance before the start of Thursday's contest, UFC president Dana White was on hand to watch his prized fighter throw out the first pitch. Cejudo is set to fight in a bantamweight match on Saturday night, and White traveled with Cejudo to the weigh-in following the start of the Cubs game, where Cejudo wore the same flashy getup. All-time great quarterback Peyton Manning showed up at Wrigley Field on Thursday, as well, with the legendary signal caller meeting up with Kris Bryant and Joe Maddon before the game and posing for photos with an honorary Cubs jersey made just for him that features Manning's surname and number on the back.