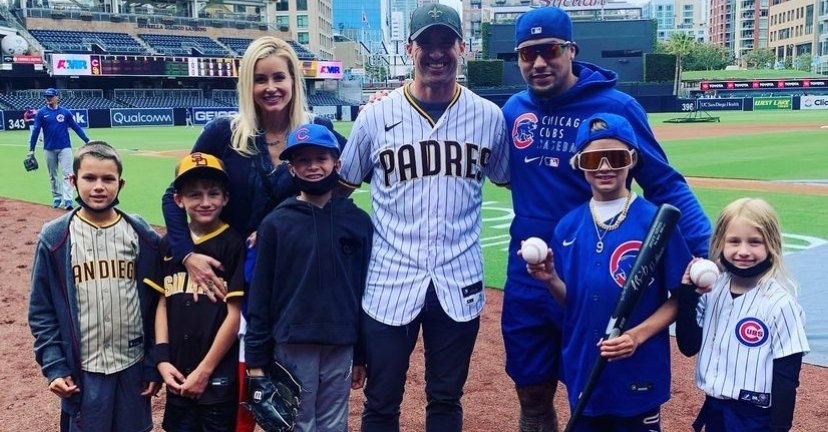 Javier Baez spent some quality time with Drew Brees and the rest of the Brees household at Petco Park. (Credit: @Saints on Twitter)

Evidently, one of Brees' sons is a big fan of Baez's, donning a No. 9 Baez jersey while wearing a No. 9 pendant around his neck and sweet shades similar to ones Baez often wears while posing for a group photo with Javy. Baez gifted the young man a signed bat and was given a signed helmet from Brees, a fellow No. 9, in return.

The Brees family was in attendance at Petco Park during the Cubs-Padres series, leading to a series of nice gestures between two great athletes. While Brees, who also played for the San Diego Chargers in his NFL career, wore a San Diego Padres jersey, several of his kids sported Cubs gear, and Baez presented them with baseballs as souvenirs.