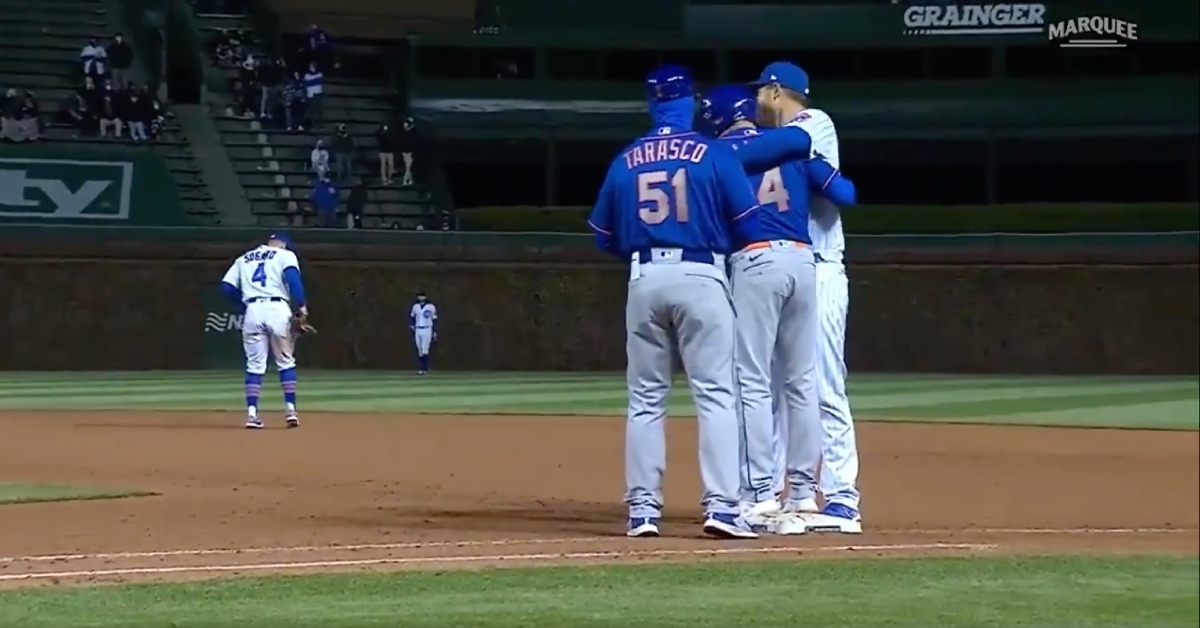 Albert Almora Jr. and Anthony Rizzo were teammates with the Cubs from 2016-20.

CHICAGO — Albert Almora Jr. played with the Chicago Cubs from 2016-20, starting in center field for the majority of that span and winning a World Series with the team in 2016. Almora was non-tendered by the Cubs this past offseason, ending his Cubs tenure and leading to him signing a one-year deal with the New York Mets.

Almora was drafted sixth overall by the Cubs in the 2012 MLB Draft, and for the first time on Tuesday, he suited up against the only MLB team he had ever known prior to this year. With the Mets in town to take on the Cubs for three games at Wrigley Field, a pregame video tribute for Almora was played on the videoboard, resulting in Almora receiving a standing ovation from Cubs fans in attendance.

An even more touching moment involving Almora took place in the ninth inning, when Almora entered the game as a pinch runner. Cubs first baseman Anthony Rizzo shared an embrace with Almora, as the two former teammates hugged at first base shortly before the Cubs wrapped up a 3-1 win. Almora, who has been used primarily as a substitution this year, will always have a home at the Friendly Confines.