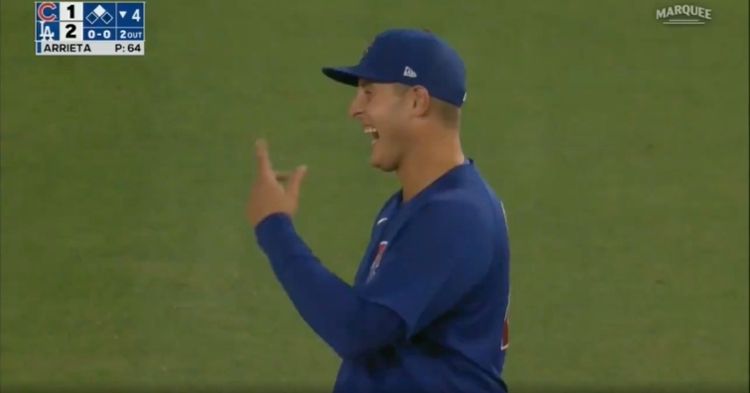 Clearly caught off guard by Steven Souza Jr.'s walkup song, Anthony Rizzo could not help but laugh at the special tribute.

Los Angeles Dodgers right fielder Steven Souza Jr., who played with the Cubs last season, took a page out of Darvish's book by having "Intoxicated" serve as his walkup song on Friday. Souza pinch hit in the Dodgers' 6-2 win over the Cubs and surprised Rizzo by adopting his walkup music.

When Souza dug in at the dish with "Intoxicated" echoing through Dodger Stadium, he was captured on camera briefly smirking in Rizzo's direction. In turn, Rizzo had a hearty chuckle over the pleasant surprise. Souza went on to ground out to shortstop, thus ending the fourth inning, but at least he used the at-bat as an opportunity to bond with an erstwhile teammate.