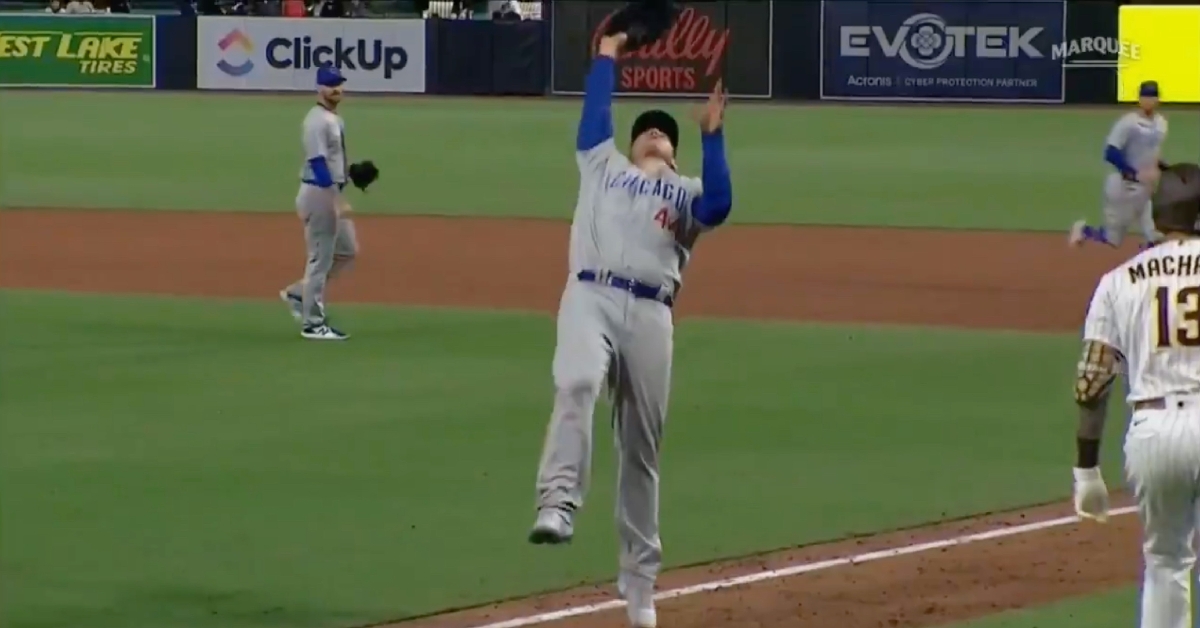 Anthony Rizzo was unable to make what should have been an easy catch of a popup skied into foul territory by Manny Machado.

SAN DIEGO — A rare defensive blooper from Chicago Cubs first baseman Anthony Rizzo gave San Diego Padres third baseman Manny Machado a reprieve at the plate on Monday, and Machado made Rizzo pay. Rizzo dropped a popup hit into foul ground by Machado, who homered on the very next pitch.

The Padres scored three runs in the bottom of the eighth, beginning with Machado's leadoff solo shot, and Rizzo sparked the Padres' eighth-inning surge by dropping the foul ball. Machado reminded Rizzo of his mistake after taking reliever Cory Abbott deep, as he pointed at Rizzo while rounding first base. The Padres led 7-4 at that point and went on to win 9-4 at Petco Park.

While Rizzo is known for his playful banter, Machado is not exactly known for his great sportsmanship. However, the taunting seemed to be done in good fun, as Rizzo, a former Padre, smirked after Machado pointed at him. Machado and Rizzo likely have a good rapport from Rizzo's propensity to chat with runners at first base.

Regardless, Rizzo was made to look foolish twice mere moments apart, as the popup preceding the taunting missed Rizzo's mitt before ricocheting off Rizzo's upper body and onto the ground. Rizzo was forced to make an adjustment after overrunning the popup, so he jumped backward at the last moment but was unable to make the catch, something Machado did not let Rizzo live down.