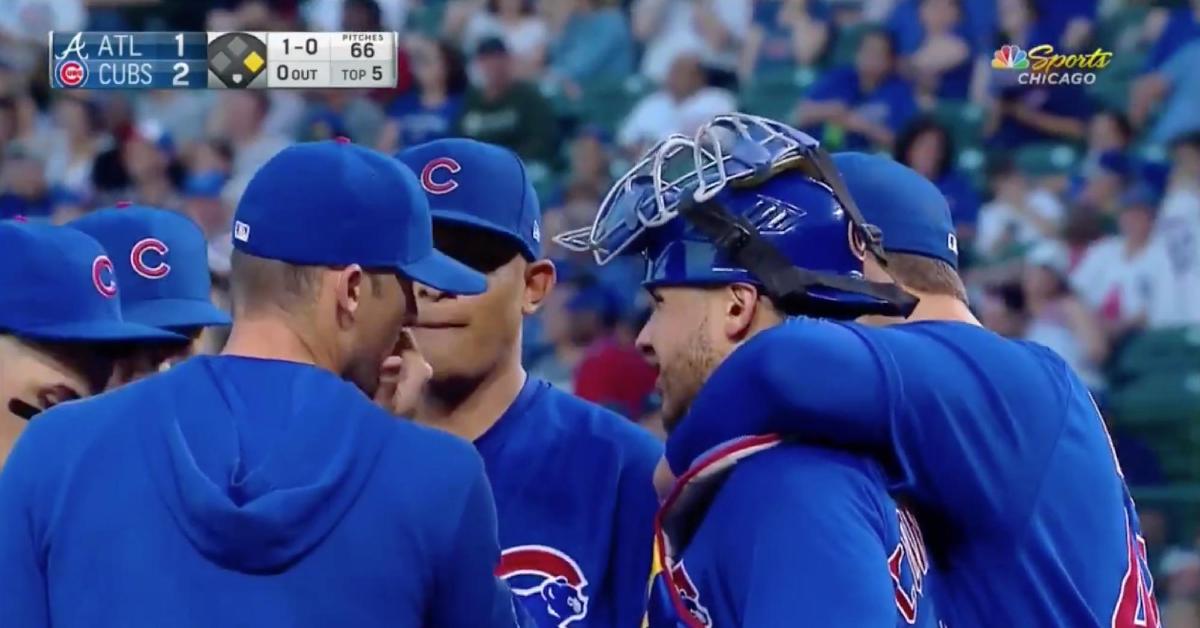 Anthony Rizzo made Willson Contreras his snuggle buddy during a mound visit.

CHICAGO — A far cry from his iconic staredown with reliever Pedro Strop during a mound visit that happened last season, Chicago Cubs first baseman Anthony Rizzo was warm and cuddly during a mound visit on Tuesday night. Snuggling up to Cubs catcher Willson Contreras, Rizzo put his around Contreras' neck and gave the backstop a hearty "Cub" hug.

Not knowing his own strength, Rizzo seemed to have his arm wrapped a little too tightly around Contreras, who winced in pain while the oblivious Rizzo was busy being his usual playful self. Perhaps, the display of affection was a way of thanking Contreras for his efforts in the contest at Wrigley Field against the Atlanta Braves, as the Cubs led 2-1 at the time because of a 2-run double hit by Contreras earlier in the game. The likelier explanation, however, is that Rizzo used the mound visit as an opportunity to remind everyone that he is the class clown of Major League Baseball.

Watch The Captain come up and snuggle the best catcher in baseball during a mound visit. @Cubs #GoCubsGo @ARizzo44 @WContreras40 pic.twitter.com/KsWakXCkd9