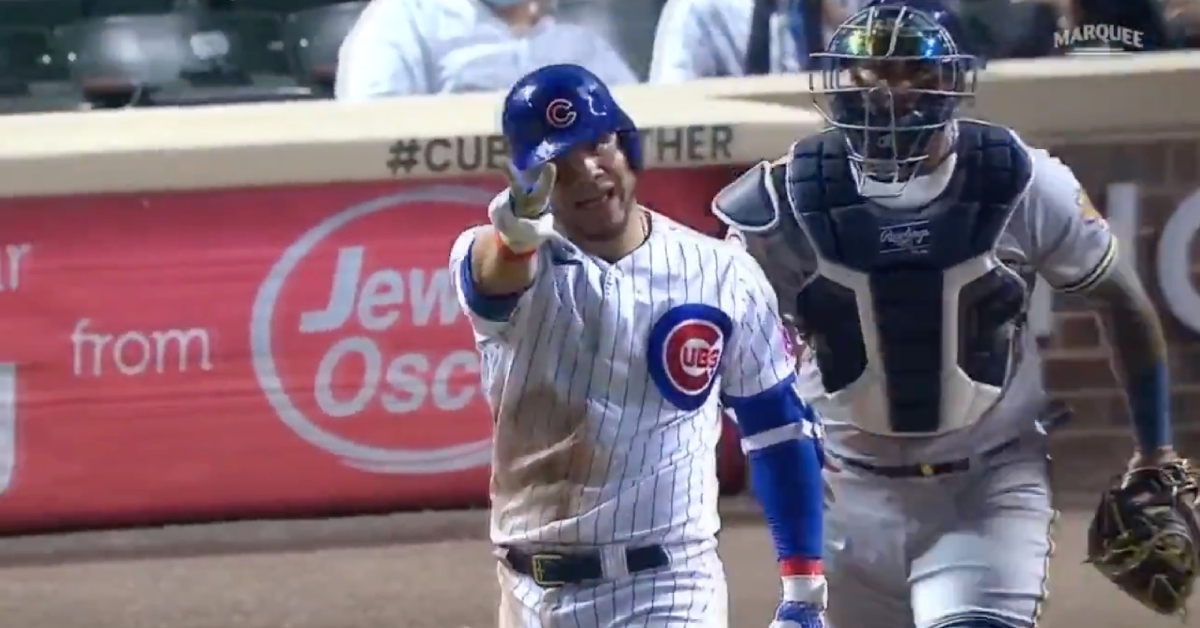 Willson Contreras held up two fingers to indicate how many times he had been hit two games into the series.

The HBP came with the Cubs trailing 4-0 in the bottom of the ninth, and Contreras was so peeved after absorbing a 94-mph four-seam fastball that he barked at Boxberger and also aired his grievances with the Milwaukee dugout while heading to first base. Contreras and Cubs shortstop Javier Baez were both drilled by pitches on Monday, and several close calls, including an HBP of Cubs first baseman Anthony Rizzo that did not count because he swung at the pitch, took place on Tuesday.

Therefore, although Contreras may not have felt that the hit by pitch was intentional, the Cubs' backstop was clearly fed up with the dangerous inside pitches. No fracas of any kind came to fruition, as Contreras eventually calmed down, but that will be a storyline to follow in Wednesday's series finale. Contreras has been plunked six times in his last 11 appearances against the Brewers. Boxberger finished off the 4-0 Brewers victory soon afterward.

The benches have cleared in the Brewers-Cubs game after Willson Contreras was hit by a pitch.

Travis Shaw said he understands Willson Contreras' frustration about getting HBP again. "He got hit in the head last night, so I understand it." Shaw made clear the #Brewers are not throwing at Contreras, however. Counsell said the teams weren't mad at each other, just Contreras.