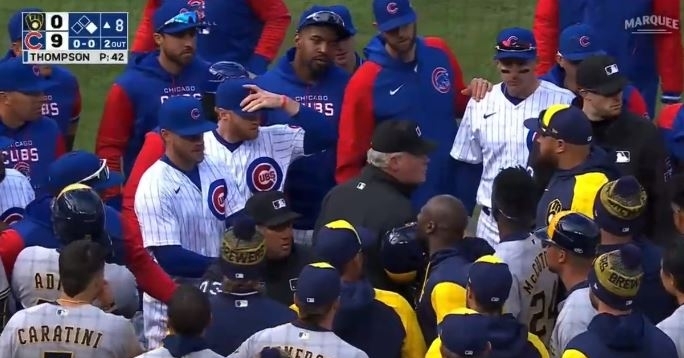 Both teams had a heated exchange but no punches thrown

The Brewers hit Cubs outfielder Ian Happ in the eighth inning in his left knee as he had to leave the 9-0 game on Saturday afternoon.

After the hit batter, both teams ran onto the field and had a heated exchange, but nobody was ejected besides Thompson.

The Brewers have hit three Cubs players today, including Willson Contreras, on back-to-back days to start the season.

Another view of the play:

Field view of the benches clearing brouhaha at Wrigley.

Jason Heyward wasted no time getting to the front of the scrum from CF pic.twitter.com/rvu9JdOnkW