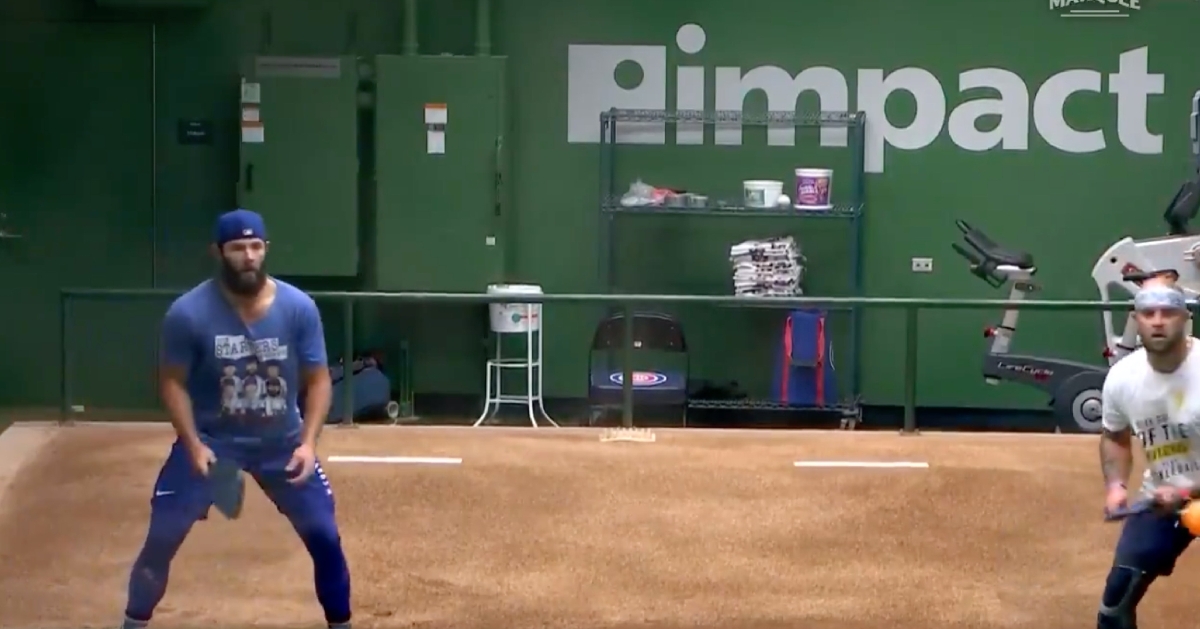 Jake Arrieta and Mike Napoli were partners for what appeared to be an intense pickleball battle.

CHICAGO — The Chicago Cubs' bullpen is renowned for its uniqueness, as relievers have been known in recent seasons to perform dance routines — sometimes choreographed and prop-based — to celebrate Cubs home runs. A new addition to the bullpen antics this season has been the playing of pickleball.

The sport, which is similar to tennis, is typically played in P.E. classes and at senior centers, but the Cubs have adopted it as a way to pass the time in the bullpen. Pitching coach Tommy Hottovy recently purchased a pickleball net for the home bullpen at Wrigley Field, and the competition immediately heated up, with matches often being played in the midst of Cubs games.

A Marquee Network segment on Saturday showing starter Jake Arrieta and quality assurance coach Mike Napoli, who was even wearing a pickleball-themed T-shirt, teamed up and in the zone while wielding pickleball paddles. While it may not improve pitching performance, pickleball certainly helps keep things light at the ballpark.

playing pickleball > getting caught in a pickle pic.twitter.com/V1yESwv4iW