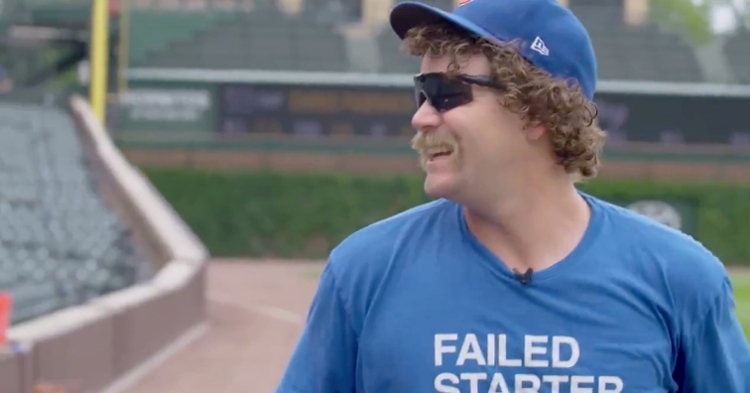 CHICAGO — In honor of Father's Day, the Chicago Cubs' social media team produced a video featuring none other than fun-loving reliever Andrew Chafin telling "dad jokes." It is only fitting that the Cubs player with a "dad bod" and a glaring lack of insecurity would be called upon to read cheesy, wholesome jokes from note cards.

Chafin quizzes his fellow Cubs pitchers during warmups, asking them to guess the punchlines to his corny riddles, which one cannot help but smile and laugh at. A few other pitchers join in the fun by sharing quips of their own. The highlight of the video, though, is right fielder Jason Heyward providing a detailed, serious answer to Chafin's question about where he gets his "pop" from, only for Chafin to respond with the wisecrack that get his pop from the fridge.

Happy #FathersDay!@BigCountry1739 dropped some dad jokes on his teammates to celebrate. Reply with your best dad joke! pic.twitter.com/FqxQqFGNiP