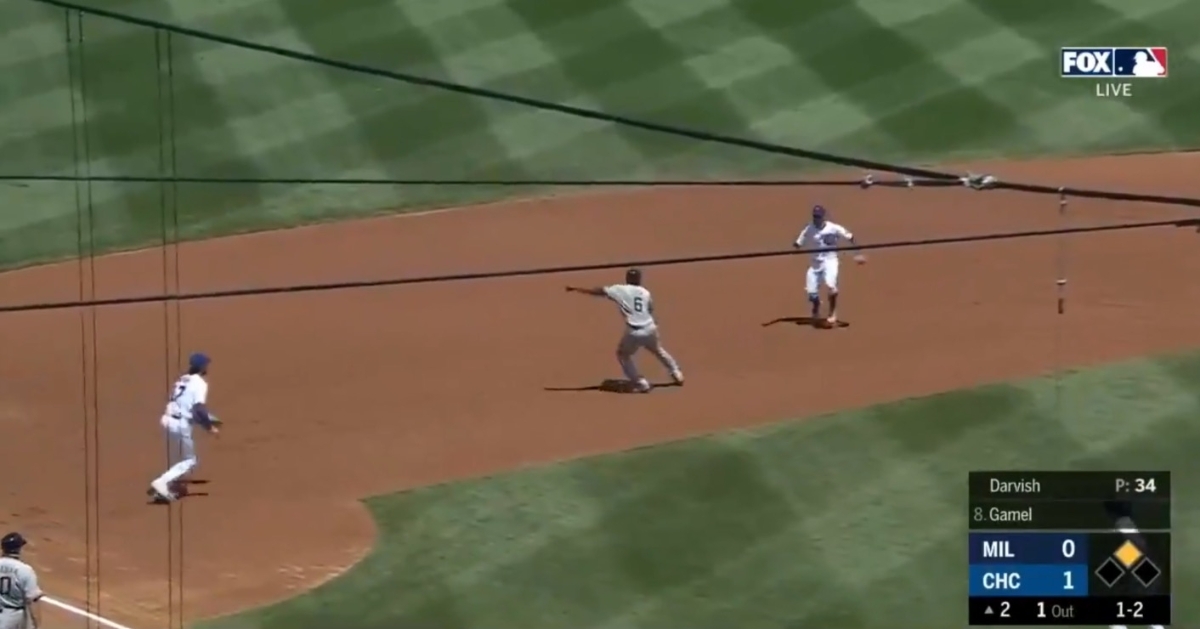 Taking on the Brewers at Wrigley Field, the Cubs completely botched a rundown in the second inning. (Credit: Patrick Gorski-USA TODAY Sports)

CHICAGO — Milwaukee Brewers slugger Lorenzo Cain has a history of causing problems for the Chicago Cubs on the basepaths, and he pulled off his magic again on Saturday. In the top of the second, with one out and Cain on second base, Ben Gamel hit a routine grounder right to shortstop Javy Baez, which led to a botched rundown.

Cain was caught between second and third, and Baez teamed up with third baseman Kris Bryant and second baseman Jason Kipnis in attempting to tag Cain. However, Gamel made his way around first and toward second, and Cain distracted the Cubs by pointing at Gamel, allowing both baserunners to return to first and second safely. Soon afterward, Cain scored from second on an RBI single hit to center field by Eric Sogard, tying the Cubs at one run apiece.