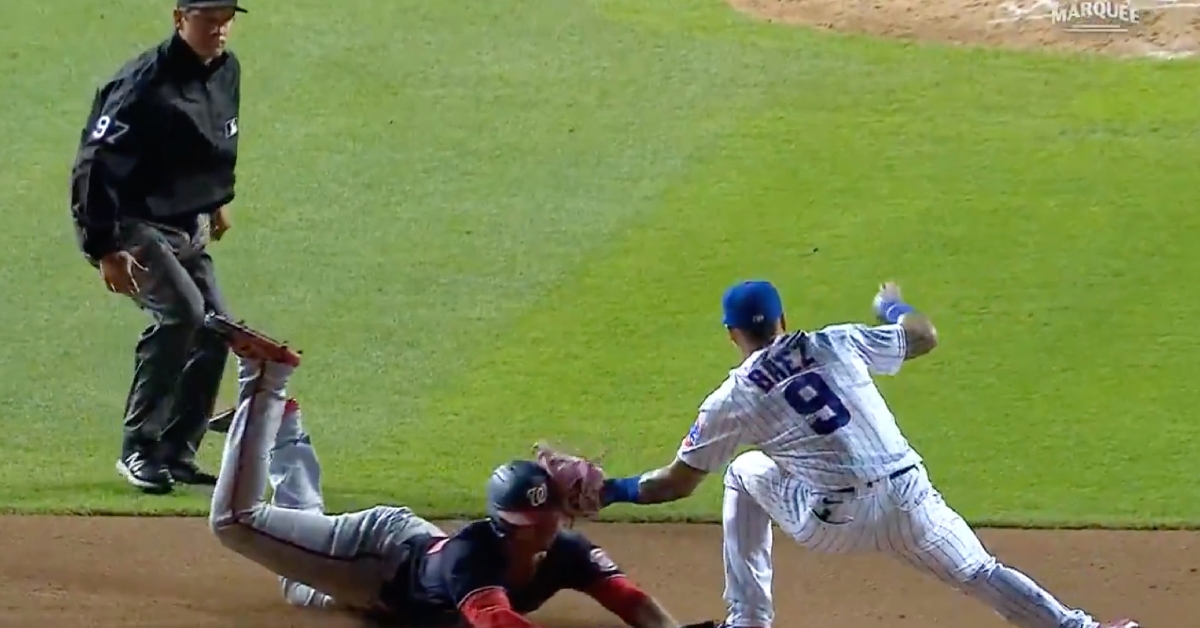 CHICAGO – Potentially helping to prevent the Washington Nationals from adding to their lead in the top of the ninth at Wrigley Field on Wednesday, Chicago Cubs catcher Willson Contreras and shortstop Javier Baez teamed up in nipping a steal attempt in the bud. Contreras made a perfect throw from behind the plate, and Baez then applied a no-look tag on right fielder Juan Soto's helmet.

With the Nationals leading 4-2 and runners on first and third, Soto tried his luck at swiping second but was tagged out just in the nick of time. The steal attempt followed reliever Dillon Maples making a risky throw to second for a force out after fielding a nubber hit by Soto. Maples' risk paid off, resulting in the first out, and Baez's sweet tag marked the inning's second out. Maples drew a groundout soon afterward and escaped unscathed.