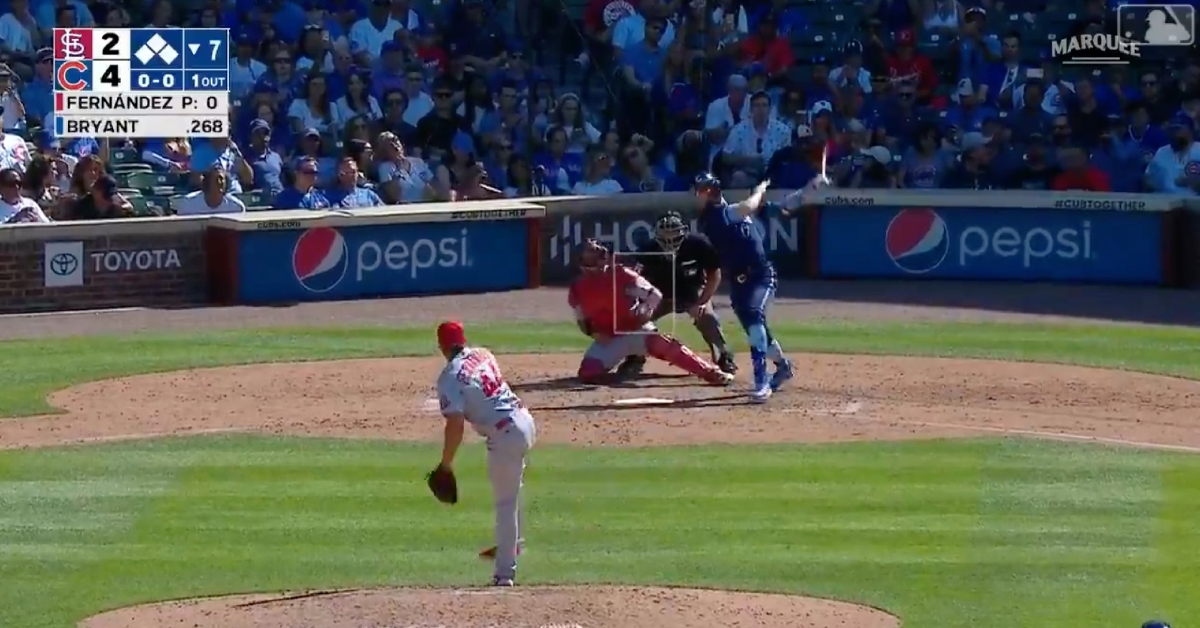 Kris Bryant made an impact off the bench by smacking a pinch-hit three-run double off the wall in left-center field.

CHICAGO — Showing no signs of rust after missing the previous game due to right hamstring tightness, Chicago Cubs third baseman Kris Bryant made an immediate splash upon being inserted into the lineup on Friday as a pinch hitter. Bryant smashed a double off the wall in left-center at Wrigley Field, driving home three runs and increasing the Cubs' lead over the St. Louis Cardinals to 7-2.

Coincidentally, left fielder Joc Pederson opened the scoring in Friday's contest by hitting a bases-clearing three-run double in the first inning, and Bryant collected one of his own in the seventh frame. Bryant's one-out two-bagger, which came against reliever Junior Fernandez, plated center fielder Ian Happ, Pederson and right fielder Jason Heyward. Earlier in the seventh, reliever Genesis Cabrera walked Happ and Pederson and plunked Heyward. Bryant now has 17 doubles and 46 RBIs on the season.

Sugar and spice and everything nice.