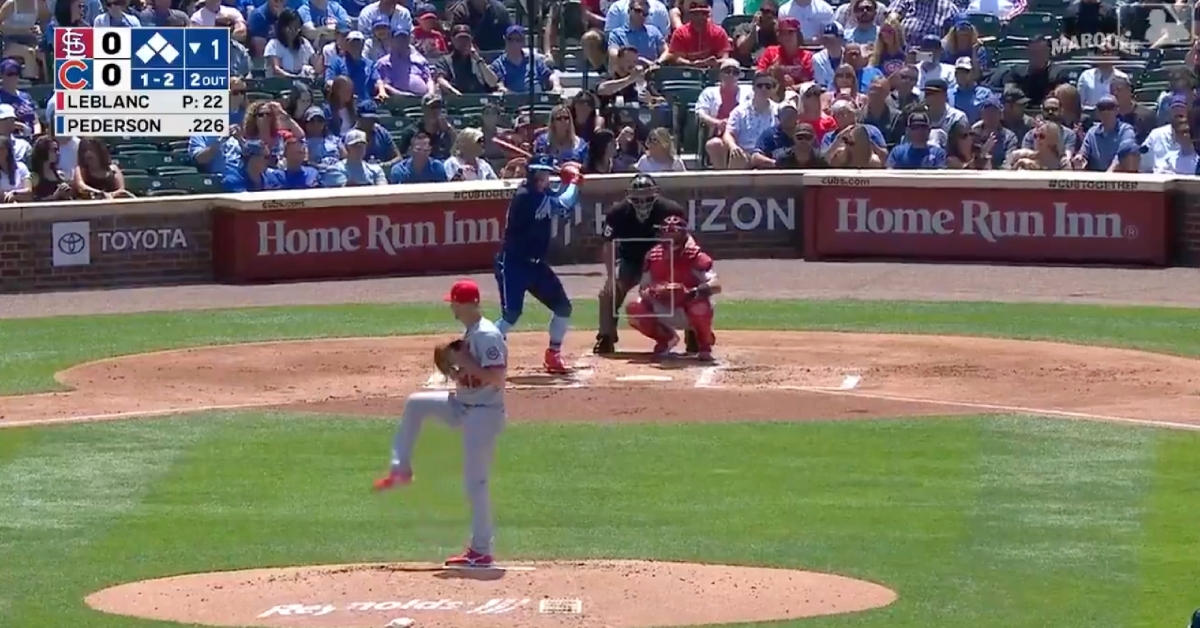 CHICAGO — Left fielder Joc Pederson provided the Chicago Cubs with an early 3-0 lead over the rival St. Louis Cardinals on Friday. With two outs in the bottom of the first at Wrigley Field, Pederson slugged a bases-clearing double to right field.

Right fielder Dylan Carlson charged in and nearly pulled off a sliding grab, but the ball popped out of his glove before he could secure the catch. As a result, catcher Willson Contreras, third baseman Patrick Wisdom and shortstop Javier Baez scored and placed starter Wade LeBlanc into a three-run hole.

Contreras began the half-inning by drawing a walk, and Wisdom then hit a single. Baez loaded the bases by way of a one-out single, and Pederson plated all three baserunners via a clutch two-bagger. Pederson's 10th double of the season, the two-out hit increased Pederson's 2021 RBI total to 39.