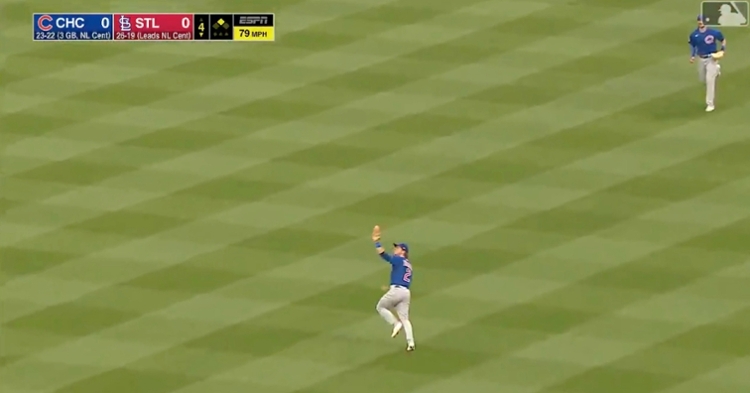 Nico Hoerner secured a leaping snag on the outfield grass and subsequently doubled off Harrison Bader at second base.

ST. LOUIS – Chicago Cubs second baseman Nico Hoerner caught St. Louis Cardinals center fielder Harrison Bader trailing too far from the bag and took advantage by doubling him off. Bader's baserunning mistake resulted in a 4-6 double play lineout in the bottom of the fourth on Sunday.

With the game deadlocked in a scoreless tie, Bader led off the home half of the fourth with a double hit down the right field line at Busch Stadium. After giving up the two-bagger, starter Zach Davies drew a blooper off the bat of left fielder Justin Williams.

Bader misjudged the baseball as it carried out to shallow right-center, causing him to head for third base before recognizing his miscalculation. Hoerner was able to get underneath the ball and jump up for a successful backhanded snag. He then quickly fired to shortstop Javier Baez at second base, resulting in Bader getting doubled off, as he was unable to slide back in time. Thereafter, the fourth inning concluded with the score remaining 0-0.