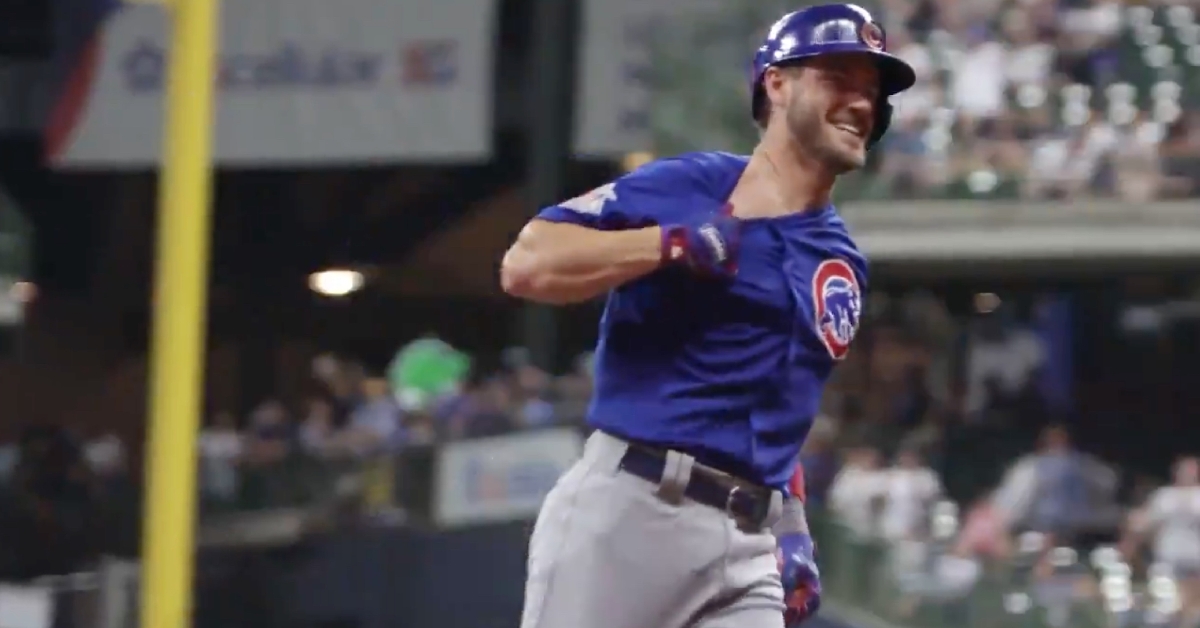 MILWAUKEE — Coming up clutch with the Chicago Cubs' first pinch-hit home run of the season, Patrick Wisdom walloped a 435-foot bomb against the Milwaukee Brewers on Monday. The game-tying two-run jack came in the top of the seventh, plating catcher Jose Lobaton and tying the game at 4-4.

Wisdom's 11th dinger of the year, which leads all National League rookies, soared off the bat at 109.8 mph and 32 degrees. The homer at American Family Field carried out to left after Wisdom drilled a 93.2-mph four-seamer thrown by reliever Brad Boxberger.

Lobaton drew a one-out walk in the previous plate appearance, and Wisdom then made a splash while pinch hitting for starter Kyle Hendricks. The two-run shot was the Cubs' second of the game, as center fielder Ian Happ opened the scoring with a two-run jack in the top of the first.